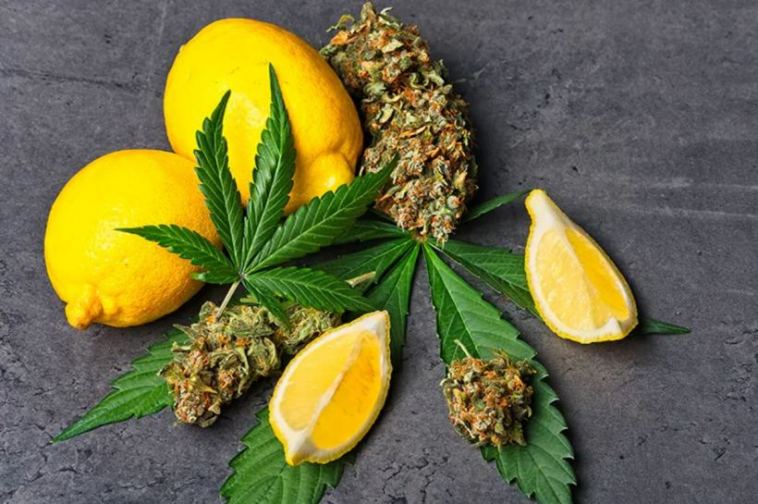 When you think about what makes cannabis cannabis, you probably think about some of the most common cannabinoids such as THC and CBD. However, beyond the plethora of cannabinoids that occur in the cannabis plant, there are also other types of compounds that help to create the distinguishing characteristics of both the plant and the individual strains.

If you’ve started learning about the science behind cannabis at all, you’ve probably quickly come across the compounds known as terpenes.

What are cannabis terpenes, anyway? What do they do? Do they have any health benefits?

Let’s dive into these questions and more.

What Are Cannabis Terpenes?

People often associate terpenes with cannabis because this plant is known to have high concentrations of terpenes. However, these aromatic compounds can be found in many different types of plants.

Terpenes are responsible for producing the distinctive scents of a number of plant species, including pine, lavender, and cannabis. They also create the zesty aroma of a fresh orange peel.

The smells we associate with different plants are usually resulting from a combination of a variety of terpenes. Terpenes can help to protect plants from infectious germs as well as grazing animals.

It is also thought that there may be some health benefits of terpenes. At this point, the world of cannabis research is fairly young, and more research needs to continue to be done. In the coming years and decades, we can expect there to be more clinical trials and studies done regarding different cannabinoids and other compounds of the cannabis plant.

What Do Cannabis Terpenes Do?

It is believed that terpenes can help to protect plants in the natural world from predators, harsh weather, and disease. The role that terpenes potentially could play in obtaining optimal health for humans, however, is less understood.

The primary hypothesis is that the cannabinoid content of a particular strain works with the dominant terpenes to produce the characteristic effects that are associated with individual strains.

This hypothesis also helps to explain why two separate strains of cannabis that have the same amount of THC in them are able to create such distinct experiences.

Only a handful of all of the types of terpenes in the world has been studied at this point. Let’s take a look at some of the more well-researched terpenes.

(By the way, some people even take terpenes on their own. You can learn more about cannabis derived terpenes here.

This is a naturally abundant terpene that comes in two different forms, referred to as a-pinene and b-pinene. The bright, fresh smell of a number of common plants is provided by pinene. These include basil, rosemary, and pine needles.

It is also thought that there might be some therapeutic benefits to pinene. One study found that a healthy forest’s pinene content is enough for a person to experience therapeutic benefits. This is related to the Japanese therapy known as Shirin-yoku which means “forest bathing.”

Since pinene produces the scent of pine needles, you might guess that limonene gives us the lovely scent of lemons and other citrus fruits. Limonene has been shown to have a number of different therapeutic properties, including:

It is believed that limonene can alter the behavior of certain immune cells. This might be able to help protect the body from a list of different disorders.

Cannabis plants contain myrcene, as do lemongrass, thyme, and hops plants. This is a powerful antioxidant. A number of different studies have found that myrcene can have therapeutic benefits.

The most abundant terpene in the lavender plant is linalool. For this reason, linalool is one of the most important compounds in aromatherapy. This terpene is the reason that the scent of lavender can be so darned soothing.

One study found that linalool might have a number of different therapeutic properties, including:

If you love beer, you probably also love humulene. The primary compound found in the hop plant, humulene can also be found in some of our favorite aromatic plants including ginger and clove.

Some studies have found that humulene might be able to help prevent asthma and allergic reactions. It also might perform a protective role for some cells, potentially even guarding against cancer.

You can find beta-caryophyllene in a lot of different vegetables and herbs, including black pepper and cloves. This terpene might have anti-inflammatory effects that could potentially be used as a pain reliever.

This is a terpene that is thought be help relieve stress and be calming. It has a menthol smell and is known to help repel pests and insects.

Delta-3-Carene has a cedar aroma that is also sweet. When cannabis distillates have a greater concentration of this terpene, the smell and taste is earthier.

Terpenes: Can They Help You Reach Optimal Health?

As mentioned previously, there is a lot more research to be done on terpenes. However, we do know that lavender is calming, that walking in a pine-rich forest can have mental and physical benefits and that we love the many unique cannabis strains that exist. For all of that, we have terpenes to thank!

Did you find this article about cannabis terpenes interesting? If so, be sure to check out the rest of our blog! 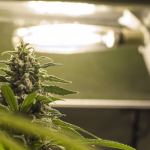