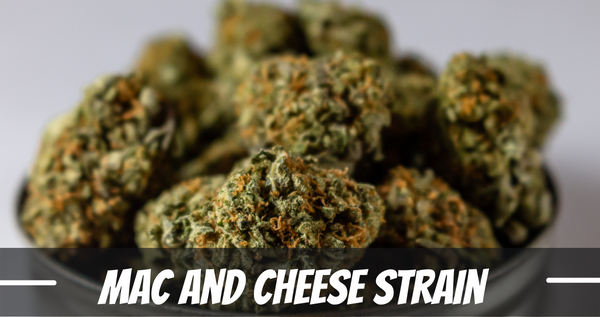 Unlike its name may suggest, the Mac and Cheese strain is certainly more than the bachelor chow of cannabis strains.

It’s a finely crafted, multilayered weed strain created with potency and flavor as the top priority.

Learn more about the Mac and Cheese cannabis strain

Derived from parent strains Mac (Miracle Alien Cookies) and Alien Cheese, the Mac n Cheese strain inherited all the finer qualities of those strains that came before it.

The quality of this strain is evident, justifying the Mac n Cheese strain price.

The Mac and Cheese weed strain is an evenly balanced hybrid of 50% indica to 50% sativa that provides equally balanced effects.

Its flavor and aroma are incredibly inviting and welcoming, but it’s the powerful THC content that really shows you who’s in charge.

This strain can invoke heightened states of relaxation and increased sociability; however, beginner smokers may want to reconsider before hitting a bong filled with Mac n Cheese.

Information about Mac and Cheese strain

With Mac n Cheese strain seeds growing increasingly available, more and more cultivators are adding this strain to their repertoire.

Mac n Cheese grow time is generally on par with most other chronic blends, and it displays easy-to-grow tendencies, adding to its overall appeal to growers.

Its yields are just as appealing, showing rewarding returns indoors and outdoors.

Indoor growers see an average of 1.4 ounces per square foot and around 16 ounces per plant for outdoor grows.

Most know Mac n cheese to be a simple and innocent afternoon snack to give the kids while they watch cartoons.

Well, Mac n Cheese strain isn’t much different, considering after a few tokes, you’ll be perfectly content to put your feet up and indulge in some cartoon marathons.

Mac n Cheese strain has a potent THC content, averaging 23% and getting as high as 29%, making it a strain recommended for more avid smokers.

Newbies and those with low THC tolerance may struggle with this strain, so consume in moderation. Its CBD content pales in comparison, reaching less than 1%.

A heavy bowl of Macaroni and cheese can make you feel lazy, lethargic, and sleepy; a stacked bowl of Mac n Cheese strain is likely to do the same ( minus the calories, of course).

It’s a balanced hybrid, which means the Mac and Cheese strain effects are equally balanced, providing as much body-stone as it does head-high.

The indica-like effects of Mac n Cheese slowly creep on and overwhelm your body with a sense of calm and relaxation, making it the perfect strain to unwind after a long day or to catch up on a guilt-free binge session of your favorite shows.

Its calming effects have been beneficial for fighting chronic stress, tension, pain, headaches, and appetite loss.

The aromatic complexity of the Mac n Cheese strain has an allure of earthy diesel mixed with herbal spiciness.

There’s also a skunkiness that deepens the scent. Its fragrance has a sense of refinement and maturity, making it a popular choice for veteran smokers who want something more than fruity candy strains.

A Mac and Cheese strain review simply couldn’t do justice to just how delectable and diverse the flavor of this strain can be.

Layered with sweet floral flavors and a subtle pepperiness, the sugary tropical flavors blend effortlessly with a sour citrus taste. The effect finishes off with a subtle diesel allure on the exhale.

Like all good things in life, there’s a trade-off, and the Mac and Cheese strain is no different.

Fortunately, the trade-off of negative effects vs. incredible highs is in our favor, with the extent of adverse effects being dry mouth, dry eyes, mad munchies, and gripping couch lock.

If you’re new to cannabis, smoke this strain cautiously; otherwise, it will quickly put the overconfident in their place.

Mac and Cheese strain seeds can be grown indoors and out, producing tall, bushy plants with dense foliage and fruity nuggets.

Its buds are a deep forest green with a white frosting of resin, sprouting from a bed of sugar leaves that display a light purple hue.

This plant presents its sativa traits by thriving in warm, humid temperatures; however, Mac and Cheese strain info recommends occasional pruning to encourage airflow, reducing the chances of bud rot or pests.

Thanks to the reliability and predictability of Mac and Cheese strain genetics, its flowering and harvesting times are much like that of its parent strains.

Indoor growers can expect a flowering period of around 8-9 weeks. Outdoor growers will have a  mid-October harvest time.

Mac and cheese strain is said to have been created by Californian-based grower, Capulator. They combined two of their reputable strains:

Miracle Alien Cookies and Alien Cheese, to whip up something quite intergalactic.

Capulator took a hybrid of Colombian strain and merged that with a Starfighter strain to create Miracle Alien cookies.

Mac is known for its high THC levels and fruity, zesty diesel flavor. Alien Cheese, the offspring of Blue Cheese and Alien Rift strains, is more subtle, having an average 14% THC content compensated by a pungent aroma and hashy flavor.

FAQs about Mac and Cheese strain

Is Mac and Cheese strain sativa or indica or hybrid?

Mac and Cheese strain is a hybrid strain. It’s a 50% indica to 50% sativa balanced hybrid that delivers an equally balanced buzz.

How strong is Mac and Cheese?

Mac and Cheese strain is considered a mid to high-level cannabis strain, pushing the limits at up to 29% THC content, making it a wild strain for rambunctious newbies.

Does Mac and Cheese taste like a pasta dish?

Maybe if you put pasta sauce in your bong, but generally, no. Its name comes from its parent strains, Miracle Alien Cookies (or Mac for short) and Alien Cheese. 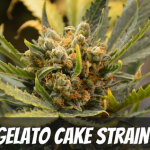 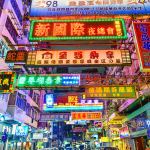