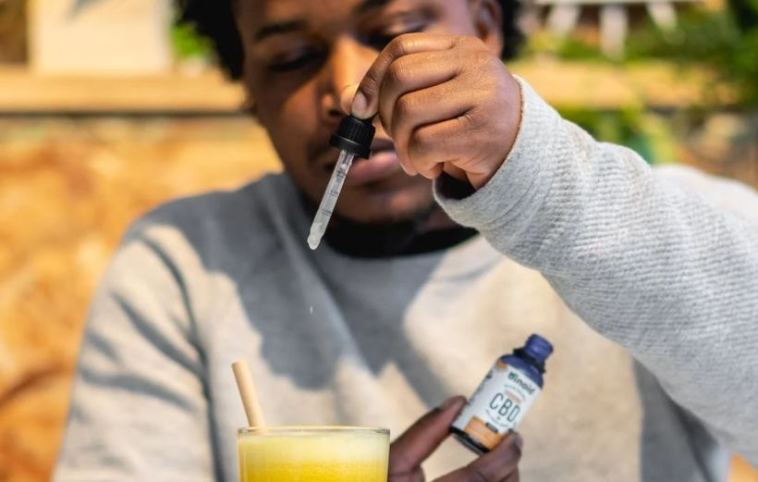 CBD is the next best thing since sliced bread. In fact, it’s become so popular that even major brand names like Coca-Cola considered jumping on the bandwagon. At the same time, many consider CBD only a fad that will eventually die down and be forgotten. So, which is it?

To understand if CBD is a fad or the real deal, we must first bust a few myths surrounding it. Some say that CBD is only recreational, without any health benefits. Others claim CBD will make you high – even within the legal 0.3% THC limit.

However, CBD is anything but illegal, difficult to use, or dangerous. In fact, it’s become one of the most popular natural remedies for various ailments, including pain, anxiety, and inflammation. Let’s dispel some of these myths and see how CBD can help you.

Myth #1: CBD Is Only Good For Recreational Use

CBD doesn’t have the same effects – in fact, it barely has any intoxicating effects at all. Instead, CBD is known for its science-backed physical and mental health benefits. So, yes, CBD can be used for recreation, but its health benefits are far more valuable. You can read more about CBD & hemp benefits here.

This is a common myth that’s been spreading around, and it’s understandable why – CBD is extracted from the hemp plant, which, again, is in the same cannabis family as marijuana. For that reason, people tend to believe that CBD is also illegal.

However, this is far from the truth. The 2018 Farm Bill legalized CBD as long as it contains 0.3% THC or less. This means that all three types of CBD products –  full-spectrum CBD (with no more than 0.3% THC), broad-spectrum CBD, and CBD isolates – are federally legal in the US, although local restrictions may vary from state to state.

Myth #3: CBD Is Difficult to Use

You’ve just bought your bottle of organic, hemp-derived CBD oil, and you’re looking forward to experiencing the substance’s therapeutic benefits. But suddenly, you realize you have no idea how to use it. Does it go under your tongue or in your coffee? When is the best time to take it? How much do you need?

Luckily, CBD oil is the most versatile CBD-based product available on the market. You can use them sublingually by placing a few drops under your tongue and holding it there for about a minute, and you’ll feel the effects kicking in already in about 15-30 minutes. Alternatively, you can use it orally by adding it to your meals and beverages.

When it comes to dosage, there is no one-size-fits-all amount of CBD that will work for everyone, as your perfect CBD dosage will depend on your body weight, personal tolerance to the substance, the purpose of use, and the product of choice. It’s recommended to start from lower dosages of 25mg per day and gradually increase it until you reach the desired effect.

CBD is often used to help people with anxiety, depression, and other mental health issues. Still, there’s a myth that it’s just as addictive as other drugs known to humanity and will mess with your head in many other ways.

However, CBD is anything but dangerous. In fact, studies have shown that the dose of CBD you need to see any adverse effects is incredibly high – hundreds of times higher than what people usually take.

While CBD is generally well-tolerated, it’s important to mention that some of its side effects can include dry mouth, fatigue, drowsiness, diarrhea, and reduced appetite. However, even if you do overdose on CBD, it isn’t fatal.

You should still consult a doctor if you think you’ve had too much. But in general, CBD is perfectly safe if you stick to products from legitimate sources and dosages recommended by experts.

Myth #5: The Research on CBD Is Limited

Let us skip the misconception that no research has been done on CBD and that it’s just a new fad. It is also common to see people say that the research on CBD is limited due to the fact that cannabis is a Schedule 1 drug.

However, this is far from the truth. The National Institute on Drug Abuse (NIDA) has been researching cannabis for a while now, and they are transparent on both the positive and negative research results.

On top of that, many US universities have been permitted to study cannabis and CBD, and many studies have already shown results. So, even though CBD is a relatively new remedy, the research on it is actually quite extensive.

Myth #6: CBD is the Same as Marijuana

This one is false for a few reasons. While CBD is most often derived from the hemp plant, it has different properties than marijuana despite both technically being cannabis – for example, you won’t get high with hemp-derived CBD, and it doesn’t necessarily contain THC (though full-spectrum CBD does have a small amount of THC).

In addition to that, while both marijuana and hemp come from the Cannabis Sativa plant, they are not the same. Hemp plants are taller and thinner, with long, narrow leaves, while marijuana plants are shorter and bushier, with broader leaves. Those aren’t the only hemp plants, too. Some varieties are used to produce fabrics, for example.

The rise in popularity of CBD has been nothing short of meteoric, and it has sparked a lot of controversies, whether positive or negative. However, many of the claims about CBD are simply myths.

The fact that CBD is not a miracle cure is quite clear, but it’s also far from a dangerous drug that will make you high or dependent. Hopefully, this article helped dispel some misconceptions about the substance and perhaps even opened up some potential benefits of introducing CBD to your routine. Good luck!