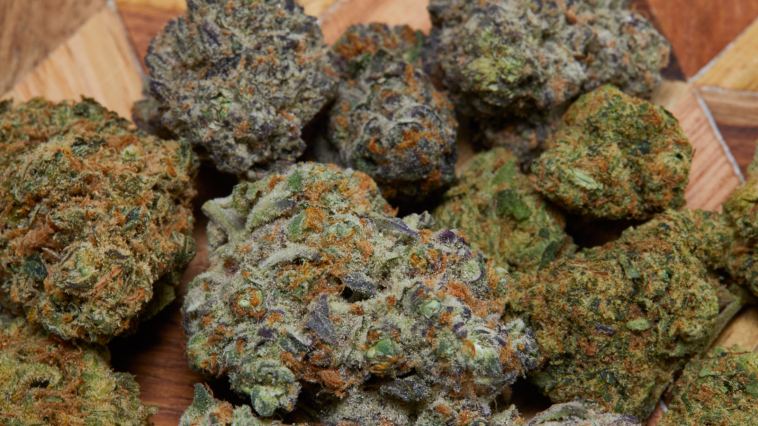 When it comes to historical cannabis strains, Chemdog — also known as “Chemdawg” — is easily one of the most influential. The original hybrid is well-known for its gassy aroma and potent effects that hit the body with a widely euphoric experience — it’s best reserved for those who have higher tolerances.

Chemdog’s unique qualities are the reason we as consumers revere gassy aromas as the most potent, most hard-hitting, and often the best of the best in cannabis. But how did Chemdog come to be, and how has it affected the lineage of other popular strains?

The history of Chemdog

Chemdog is a famous hybrid that has been around since the 1990s when many of the cannabis strains we all know and love today were first being discovered, bred, worked, and proliferated.

As its origin story goes, three fellas named Greg (Chemdog), Pbud (Mike), and Joe Brand met in the summer of 1991 at a Grateful Dead show in Indiana. Chemdog was 18 at the time and Pbud was 21. Chem was walking around the parking lot looking for weed and heard someone say “kind bud”  — that someone was Pbud. Chemdog noticed it was some of the best weed he’d ever seen, so he bought a quarter of it, and the weed was so good that Chemdog got Pbud’s phone number in order to get some more.

Years later, he reached out to Pbud and crew for more of that dank weed. They came through, and mailed a $500 ounce of it to Chemdog in Massachusetts. In that ounce, there were 13 seeds that popped into the three original Chemdog phenotypes: Chemdawg 91, Chem D, and Chem’s Sister. Years after breeding Chem 91, Chem D, and Chem’s Sister, Chemdog ended up sending some of the original seeds back to Pbud, and in 2006, Chem 4 was born.

The strain that Pbud had was originally called Dogbud, because after you smoke it, you roll over like a dog. However, the aroma was so strong, so gassy, so “chemmy” that they also called it “chem weed.” Put Dogbud and chem weed together, and viola: Chemdog was born.

Since Chemdog’s birth, it has grown to become a household name for cannabis breeders, growers, and consumers alike. The genetics of each Chemdog phenotype have been used to breed many other popular cannabis strains that you’re probably smoking right this second.

Here are seven Chemdog hybrids that carry on the original’s legacy.

You can’t talk Chemdog heritage strains without mentioning the ones from the actual Chemdog.

Geisel, also called Superdawg, is Mass Super Skunk crossed with Chemdog. It’s expected to have many of the same earthy and diesel characteristics of the original Chemdog strains. You can expect high potency and a somewhat sedative effect.

Super Snow Dog comes from crossing Chemdog with a Super Skunk. It’s a sativa-dominant flower that produces a flurry of trichomes — which look like snow — and it has floral aromas. With its genetics, Super Snow Dog’s effects are commonly expected to hit your head with a potent dose of creativity and euphoria.

Of this list, Sour Diesel is surely the most famous cross to come from Chemdog. Bred by Asshole J, it’s the result of accidentally pollinating a Super Skunk with Chemdog 91. It’s a sativa-dominant hybrid that many love for uplifting effects that can ease your moods.

It has a — you guessed it — dominant sour and diesel flavor. The effects are most commonly thought to be relaxed and happy, so it’s a really great strain for someone that needs a change in the day. Hit it mid-afternoon and cruise that afternoon slump.

The Cali Connection is a group of breeders who are known for giving us Deadhead OG. Additionally, they’ve also given us Alien Dawg, which crosses Chemdog with a strain called Alien Technology.

Alien Technology is thought to be an Afghani landrace, which commonly feature berry and hashy aromas, so crossing that with the earthy diesel Chemdog results in Alien Dawg having a sweet, fruity, and gassy terpene profile. Effects-wise, you can expect to be extremely high and sleepy after that Alien Dawg takes hold of your body.

If you love Chemdog, you’ll definitely love Stardawg. Bred by Top Dawg Seeds, Stardawg is a hybrid that was created by crossing Chemdog 4 and Tres Dawg. The result is a cultivar well known for its high THC content and powerfully effective high, whether it be uplifting or sedative. Results will vary by consumer, but know either way will be a potent rollercoaster of an experience.

Tres Dawg is a parent strain of Stardawg that was also originally bred by Top Dawg Seeds. It’s an indica-dominant strain that comes from backcrossing a Chemdog and Afghani strain. Tres Dawg is often expected to produce a sedative high, though effects may vary.

GMO Cookies, also called Garlic Cookies, is showing legendary status in its recent years. It’s a cross of Chemdog and GSC that smells like funky garlic and tastes the same. The effects? You ever been hit by a THC bus? It’s that. When Mamiko Seeds bred this one, surely they had no clue it would blow up like it has.

GMO Cookies are potent and will hit your whole body with a high that makes you want to sit around and laugh at goofy shit. There’s a reason it was predicted to be one of 2021’s most popular strains.

Chemdog and 7 strains that come from it originally appeared on Weedmaps.com 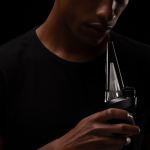 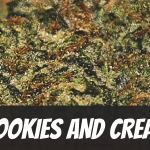