Quite frankly, the history of CBD has been relatively interesting, as it has been controversial for a long time. It has existed for thousands of years, and many civilizations used this substance. You may think that humanity recently discovered CBD, but this couldn’t be more wrong. Interestingly, many people now use CBD, with 6 million people using it in the UK and 14% of people using it in the US.

As popular as CBD is, about 35% of people still don’t know what CBD is and how it has undergone many evolutions over time. That said, this article will help to explain the development of CBD and how it interacts with the body.

As mentioned earlier, CBD has gone through many evolutions to be the beneficial herb it is today. Presently, dozens of cannabis variants are available for you to choose from, and they come in different concentrations and potencies. Some of these include White widow hhc pre rolls, gummies, and CBD oil. Contrastingly, the earliest form of CBD and cannabis only had a few variants, and they had similar concentrations and potencies.

The earliest documentation of the use of cannabis dates back several thousands of years ago, with Central Asia being the region that used it the most. However, several archaeological records and discoveries prove cannabis existed as far back as 10,000 to 12,000 years ago. You would generally believe what people initially used cannabis for. People commonly used it to make and mend textiles in fashion due to its fibrous and durable texture.

Now that you know the first documented use of cannabis, you should also know the first time records documented someone using CBD. Chinese Emperor Sheng Nung used it in 2737 BC. He liked to include cannabis-derived products into his tea. Over time, many rulers and emperors considered this herb to be essential. King Henry VIII frequently fined farmers who didn’t have any cannabis growing on their farms during the 16th century.

The Timeline For The Discovery Of Modern CBD

Although cannabis has existed for thousands of years, many scientists paid no attention to its components, including CBD and THC. Due to the technological advancements humanity made in the last century, it became possible to examine the details of cannabis.

Roger Adams was the first scientist to discover CBD in the early 1940s. Due to the materials and tools he had, he successfully extracted CBD and CBN from cannabis. Additionally, he also hypothesized that a substance other than these two was responsible for the psychoactive substances that cannabis gave. It wasn’t until the middle 1960s that Raphael Mechoulam could extract THC from the cannabis plant.

He was one of the leading cannabis scientists at the time. If it wasn’t for Mechoulam and Adams, we might have never found out CBD is and how beneficial it is to humans.  Scientists have made many more alterations to CBD, some of which are its structure, potencies, concentration, and even taste through his research. Hence, that’s why there are dozens of CBD variants and products today.

How It Interacts With the Human body

CBD excitingly interacts with the human system. As mentioned previously, manufacturers get CBD and THC from the cannabis plant. Both of these chemicals interact with the endocannabinoid system. If you’re like most people, you don’t know what is. In fact, without multiple scientists studying cannabis and its components, the effects of the endocannabinoid system in the human body would have remained largely unknown.

Now that you know how it interacts with the human body, it is essential to know some benefits of using CBD.

Mood disorders are extremely challenging to treat, and it is prevalent in the population. For example, depression affects about 264 million people worldwide, and about 40 million people feel anxiety symptoms in the US alone. CBD is a fantastic way to treat mood disorders due to its interactions with the endocannabinoid system. It may suppress your anxiety by increasing the production of “feel good” hormones such as endorphins.

Pain is something many people feel daily. In many cases, feeling pain is more or less normal. However, more often than not, people tend to let this pain accumulate, which could cause a lot of problems. If you’re looking for an easy fix, CBD is an excellent substance for you to use. Many reports show that consuming CBD helps to suppress pain. It can even help people that have cancer cope with the pain that comes with it.

3. May Help People With Neurodegenerative Diseases

Fortunately, CBD is now legal in many parts of the world. It is a general rule that CBD products don’t contain more than 0.3%THC. Given how useful this product is and how much demand it is getting, it is bound to remain relevant for a long time. 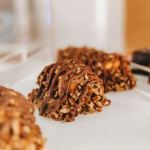 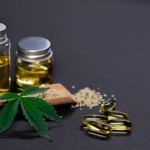