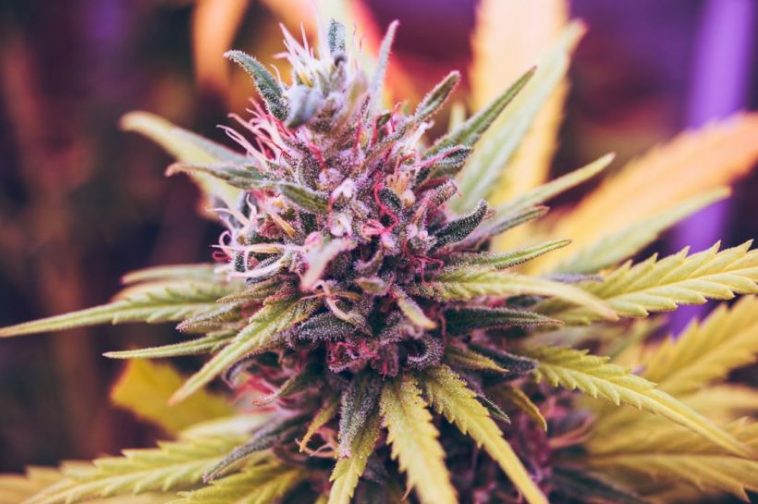 With so many marijuana products like edibles, vape pens, and the various strains of flowers and buds lining the market, it is easy to get lost in the world of marijuana. However, if you feel like your smoking routine is in a rut recently, you might want to explore something new. How about trying Headband?

If you are hearing the term ‘headband’ for the first time, read on to learn more about its profile and how it stacks up against other marijuana strands.

The iconic hybrid of potent Indica strains OG Kush and Sour Diesel; Headband is a smooth, creamy smoke that’s emphasized by flavors like lemons and diesel. Headband got its name from its effect that develops a slight pressure around the crown of the user’s head and makes them feel as though they are wearing headgear. It is best known for its long-lasting effects on slow and can relieve pain, stress, and help you relax.

High in THC content (measured at 20–27 percent), Headband flowers are covered in silvery-white trichomes and are challenging to break up for joints or pipes without a grinder. Unlike a few other Indicas, the Headband strand of marijuana also produces a cloud of thick but surprisingly smooth smoke and tastes citrusy on inhalation.

Due to its minimal Sativa effects, Headband tends to offer a foggy feeling that makes it hard to perform tasks that demand focus and mental acuity. Additionally, this fogginess may make the users feel physically heavy, thus locking them into a supine position.

For these reasons, Headband is an ideal option for passive activities in comfortable environments such as listening to music or watching movies. While ingesting Headband might serve as an inspiration for creative thinking, it can also be thought of as a potential aphrodisiac as it creates a psychedelic sense of disconnection from one’s own body.

A few consumers have reported that it’s hard to notice Headband’s effects for up to 20 minutes after consumption.

Nevertheless, Headband’s sedative properties serve as a cure for mild anxiety, and when used in large doses, it can also help manage chronic insomnia. Many fans of the strain have also stated that it improved symptoms linked with muscle spasms and migraines. Additionally, Headband is famous for provoking appetite, making it an effective treatment for people suffering from decreased appetite due to medical conditions like chemotherapy.

This strand’s potential side effects include dry mouth, red eyes, and dizziness caused by the expansion of blood vessels. Even in users with high THC tolerance, Headband’s high is reported to last longer than average.

Cookie Monster is a potent Indica-dominant strain that blends the lineage of two famous strains. It is a cross between Girl Scout Cookies and OG Kush that has THC and CBD levels of 17.9 percent and 0.2 percent, respectively.

Cookie Monster first made its appearance in the 2014 Seattle Cannabis Cup, termed the best Indica of the U.S. due to its high potency. The plant features several buds in purple and dark green color with orange-colored pistils with a dense and sticky resinous appearance. It leaves out a pleasant aroma with hints of mind and woody odors and tastes lovely—a mixture of vanilla, lemon, sweet, woody, and minty flavors.

This strain delivers long-lasting therapeutic relaxation, making it an ideal option for treating various kinds of mild and chronic pains. Its anti-inflammatory effects may also relieve nausea and headaches alongside mild symptoms such as stress, depression, and anxiety.

Also referred to as Lemon Cheesecake, Lemon Cake is a Sativa-dominant hybrid that combines the goodness of two recognizable flavor-focused strains—Lemon Skunk and pungent staple Cheese. With its potency ranging between 12 percent to 25 percent, Lemon Skunk fills you with Sativa energy, in turn, offering full-body relaxation.

When grown properly, the flowers of Lemon Cake reach a medium to large size and are conically shaped. The leaves are mossy green and twisted throughout with rust-colored pistils.

Lemon Cake has wide-ranging effects that extend from conferring a quick surge of energy to increasing freely-associative thought patterns. Its impact on the cerebral mindset helps users focus on complex professional tasks or relax even when doing mundane activities like cleaning. However, when taken in high doses, Lemon Cake might lead to intractable couchlock.

Furthermore, the effects of Lemon Cake are accentuated by a citrus odor, which is undercut by a tang that might remind marijuana consumers of the parent strain Cheese. There are also underlying notes of musk and skunk.

Popular worldwide, White Widow is a balanced hybrid that won the High Times Cup in 1995. It is a cross between Brazilian Sativa landrace and resin-heavy south Indian Indica with a slight Indica-dominance (60 percent Indica and 40 percent Sativa).

With white buds and crystal resin, White Widow brings to the table a very high potency that creates a powerful burst of euphoria and energy breakthroughs, stimulating both conversation and creativity. While most growers prefer to cultivate the original White Widow, many others have hybridized this strain to give rise to other legends like White Rhino, White Russian, and Blue Widow.

Regular users state that it has a distinct, skunky aroma with a sophisticated hint of exotic equatorial berry and hempy spice. On the other hand, when it comes to taste, White Widow tastes as you have bitten into a ripe peach or juicy apple mixed with spices like cinnamon and nutmeg.

Thanks to White Widow’s 20–25 percent THC level, it is one of the world’s strongest and most potent cannabis strains. As it can leave in a state of complete euphoria, White Widow is an ideal choice for people looking for a pot that will keep them quintessentially happy and relaxed but hyper-aware.

Regardless of whether you are a marijuana novice or an enthusiast, the potency of the Headband will please you. It offers the best of what Indicas offers and is a definite path to mild creativity, relaxation, and an overall good time. What’s more, Headband’s high trichome composition also makes it a convenient choice for hash production and other THC concentrates. 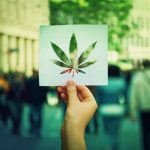 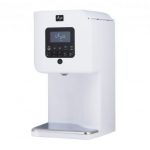