Welcome to the 21st century! Yeah, I mean, you can buy weed online!

You probably have not seen a time when this business was even more strictly regulated and controlled by respective governments than today.

Well, in many countries, even now, weed is prohibited from cultivation and consumption, except in some cases for medical purposes. Only a little bit of leeway is given for using weed as a recreational drive.

That said, there is no denying the spread of and impact marijuana has had on the world, and the origin of weed goes back much further than you might think.

Ever wondered about the origin of weed? Keep reading…

Do you know how weed was spread all around the world? Cannabis is that long-lived plant that even our ancestors, hunters, and gatherers had “high” regard for (pun intended!). Since ancient times, cannabis is known to us. And it was all legal of course!

Thousands of years ago, it originated in Asia. From Asia, it crossed seas and lands and reached places far from its origin. But mind you, it was primarily used for medical benefits like relieving pain during childbirth, etc., and devotional activities.

Medicinal and Other Purposes of Weed

Today, we have a varied range of goals for using cannabis; we use it to control nausea and vomiting due to cancer, for example. It also helps boost appetite in cancer and AIDS patients to regain the lost weight and get better. It also helps to reduce stomach pain, severe or long-term pain, and painful muscle spasm.

And apart from pharmaceutical uses, people intake it to get high. It releases dopamine, a chemical that also has a role in how we feel pleasure. It gives them a euphoric feeling.

As stated in the book, “Marijuana: The First Twelve Thousand Years,” cannabis falls under humanity’s oldest cultivated plants, roughly around twelve thousand years ago. It is supposedly sprung in the grasslands of central Asia, which are present-day Mongolia and Siberia.

In Asia, China and India popularized it even further and increased its usage as drugs and for other interests. It reached the Middle East from Central Asia, and from here, it made it to Europe, brought by Germanic tribes.

Simply put, people got fond of it, as this herb withheld curative and preventive gains. Sea voyages and trade and travel made it even easier for weed to travel the world. Africa and the Americas being the final stops, cannabis makes a round trip around the globe.

And The Rest is History

The popularity of marijuana is no doubt rooted (pun intended!) deep in our history. Humanity has been enjoying the many benefits of this powerful plant for thousands of years.

Cannabis is truly an amazing plant and the benefits simply cannot be overlooked. Whether it’s for medicinal or recreational usage, it looks like marijuana is here to stay.

History is history, and despite its many benefits, marijuana definitely isn’t going to be for everyone, even if humanity has been enjoying this relatively harmless yet powerful plant for millennia.

As many of us know, cannabis is a genus of plant species, like Cannabis sativa, Cannabis sativa L., Cannabis indica, Cannabis ruderalis, etc., and different parts of the plants are used to extract the many beneficial compounds, some of which are quite powerful. THC is the talk of the town for it’s the primary compound that gets a user “high”. Unfortunately due to the powerful effects of the plant (namely from THC), marijuana is still illegal in many countries.

It is also one thing to intake potentially addictive substances, and excessive consumption may harm your mental or physical health. Some studies suggest that weed can be addicting and addiction can impact your mental health negatively. However, it’s worth noting that weed addiction is generally more a mental addiction experience versus a chemical dependency type. Either way, each of us is impacted differently and most experience a combination of the two to some degree when stopping after long-term use.

But pros and cons aside, it sure looks like marijuana isn’t going anywhere regardless of any potential negatives. The history is just too deeply rooted and the benefits just too many to ignore. And with more and more legalization headway being made across the globe, especially the USA, marijuana is most likely here to stay! 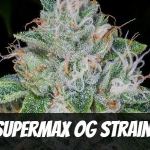