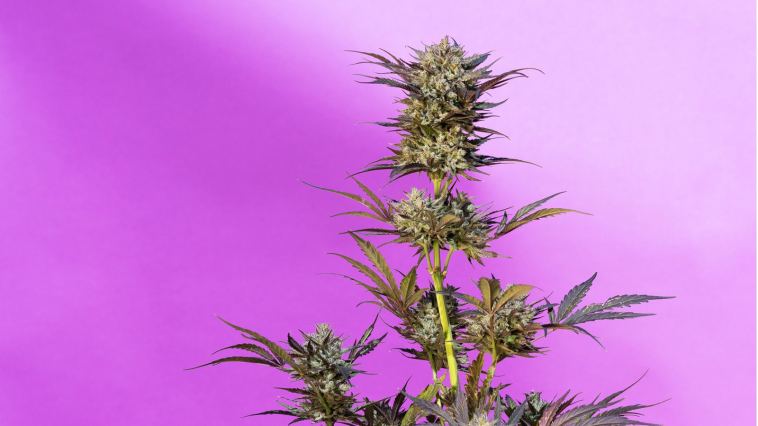 If you’ve shopped for flower at a dispensary more than once, you’re familiar with this question: “Do you like sativas or indicas?” And if you’re like me it’s the question that makes you roll your eyes, because:

2. Indicas and sativas are real terms, but what they have come to represent is absolute bs.

If you traced your favorite weed strains all the way back to the original genetics that created them, you’d end at the beginning of cannabis: landrace strains. Landrace strains are cannabis strains whose genetics grew, evolved, and stabilized in their natural environments around the world. Examples of these old school strains are Durban Poison originating from South Africa, Acapulco Gold from Mexico, and Chocolate Thai from Thailand.

The important thing to understand is that “indica” and “sativa” are botany terms used to describe the physical, observable traits of a cannabis plant — not the effects it produces.

Over time, as botanists began noticing that these strains exhibited different physical characteristics, they began classifying them through different taxonomies: indica, sativa, and ruderalis. Cannabis sativa was classified by Swedish botanist Carl Linnaeus in 1753 while studying European plants; Cannabis indica was coined by Jean-Baptiste Lamarck in 1785 while studying strains from India; and Cannabis ruderalis was coined by Russian botanist D. E. Janischewsky in 1924 while studying plants from Russia.

Sativas grow tall and lanky with skinny leaves; indicas grow wide and bushy with dense flowers; and ruderalis grow small with big, thick leaves and have more CBD in them than the sativas and indicas. At the time of inception, there weren’t enough scientific studies done to truly solidify these classifications as true different species of cannabis.

In the 1960s and 1970s, these foreign genetics began making their ways over and into the outdoor soils of California. This is when we began seeing the Hazes and of the strains world appear. As cannabis cultivation matured, all of these different types of strains were hybridized for their desirable genetic traits — such as large yields, high THC percentages and resilience during growing — in an attempt to make strains with specific characteristics become super strains. That’s why, nearly two centuries after the indica and sativa classifications were created, there are no true sativa and indicas left in cultivation rooms and on dispensary shelves today.

A hybrid by any other name

These days, the term “sativa” is used to describe strains that provide the uppity mental high that is desired for creativity, focus, and euphoria, while “indicas” have been labeled as the downer body high strains you’d want to use to relax, slow down or fall asleep.

So what is a hybrid?

In a dispensary setting, the “hybrid” label is used to signify a strain with effects that are the middle of “indica” and “sativa” — when you want something relaxing but won’t make you sleepy or hazy; or something mildly stimulating but won’t give give you an overpowering head high. But what a hybrid actually is meant to signify is a strain bred from two or more other strain varieties to inherit the most favorable characteristics.

Though these labels continue to exist on cannabis packing, in strain databases, and as categories that divide store displays into perceived effects, the truth of the matter is that every single thing we’re smoking today is a hybrid.

Recently, I hopped on the phone with Kenji Fujishima, Partner and Lead Cultivator of Dr. Greenthumbs, Green Thumb Farmz, and Insane OG to talk about how true indicas and sativas disappeared from the game.

When I asked Fujishima about the modern definition of sativas and indicas, he said, “In these days and times, right now, I don’t think you could truly define any of that shit. With the exception of very few people that have kept landrace genetics, shit that’s 20-30+ years old.”

Take a popular strain like Runtz for example: It’s a cross of Zkittlez and Gelato #33, which are crosses of Grape Ape x Grapefruit and Sunset Sherbert x Thin Mint GSC, respectively, which are all crosses of … I think you get the point here — they’re all hybrids from other hybrids.

To find true sativa or indica genetics, you’d have to trace these strains all the way back to Afghani and Durban genetics in the lineages. And when it comes to finding those oldie strains, there isn’t anything you can do commercially with them because of the emphasis that the industry puts on THC content. Strains with more than 30% THC, considered “top shelf” or “exotic” in many weed circles, were bred from hybrids in order to reach soaring high THC levels. The effects that people want from sativas and indicas are why true sativas and indicas were bred out of existence in the first place.

It’s a challenging situation to be in. The indica/sativa dichotomy has been so prevalent in cannabis marketing that consumers have it ingrained into their purchasing decisions. Brands who have tried to steer away from using these terms have faced confused customers who prefer the simplified classification that indica/sativa offers, as Kieran Delamont reported in 2019 for Weedmaps.

Still, consumers having an attachment to the technically-inaccurate indica/sativa/hybrid labeling is convenient for weed marketers. When I asked why companies still use the sativa, indica, and hybrid labelling, Fujishima said, “Marketing teams say that’s cool because it gives you the option of having three different packages: indicas, sativas, hybrids.”

For growers, it can be irritating to use outdated botany terms to describe the effects the flower products they grow might make customers feel. But because many cannabis consumers are looking for a specific desired effect, brands go to great lengths to make the indica and sativa label work. One tactic Kenji has noticed is the marketing of indicas as having higher THC percentages to associate the potency with heavy, sedative effects. “Typically products that are labelled indicas are always on the higher side of THC,” Fujishima said. “Indicas are marketed as the pain relief and sedative strains.”

So, will the consumer base catch up to what the industry has known for years? Fujishima believes its up to brands and retailers to change conventional messaging.

“I think the brands are all going to be responsible for the marketing and putting out the information they want people to know, otherwise they end up with the indica/sativa thing, the THC thing.”

As far as I can tell from conversations with growers, brands, and consumers, as long as the average person wants to walk into a dispensary and be handed a single product for a desired effect, brands and retailers won’t be in a rush to correct them. Not everyone wants to nerd out on cannabinoids, terpenes, and how their synergy affects our cannabis experiences. But you should.

Why every strain is a hybrid, according to a legacy grower originally appeared on Weedmaps.com 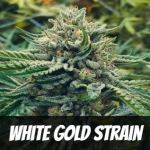 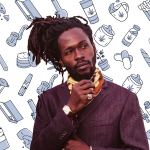