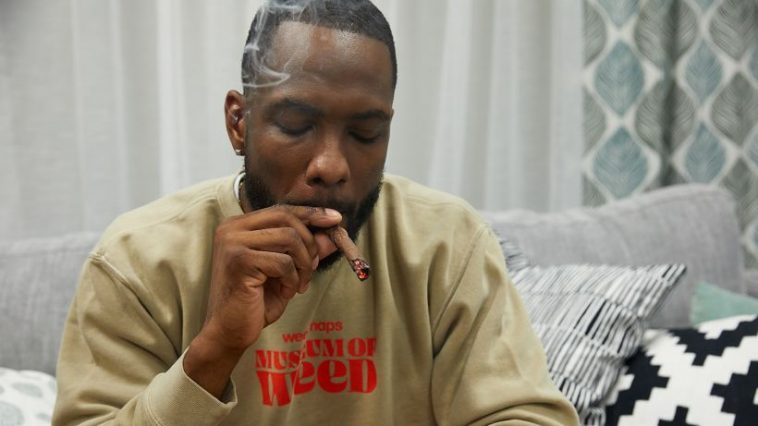 Blunts have been synonymous with cannabis for at least 25 or so years, most popularized by rap and hip-hop artists from decades past. But these extra-large, tobacco wrapped versions of a joint have a hazy history.

One of the most shareable ways to smoke, a blunt is formed from a pre-made wrapper, a broken-down cigar or whole-leaf tobacco, also known as fronto. Fronto is hugely popular in New York City, via the Caribbean where it is cultivated and used to roll cannabis, tobacco and cigars. It’s also sometimes crumbled and smoked in a pipe or a joint.

It’s this Caribbean connection that likely bore the blunt — and there is a strong correlation between immigration from Jamaica, the Dominican Republic, Cuba, and Puerto Rico and the rise of this smoking method in New York City.

Since we don’t have a written or oral history of the first person to smoke a blunt, based on these cultural intersections it was likely imported from the Caribbean to New York City.

Why are blunts a big deal in New York City?

New York City’s love of blunts isn’t isn’t just an affinity for a particular brand of cigars like Backwoods and Swisher Sweets, the price hike has some cultural significance to the New York cannabis community.

As Desus Nice explained on his podcast the Bodega Boys on June 25, 2018 “Listen, I’m from the Bronx. You got to smoke a blunt.” And it’s not just because blunts provide the extra rush of tobacco from the cigar paper, or that the thicker composition of the paper burns weed at a slower rate, but has more to do with “the communal aspect of it.”

And much of that community comes from Caribbean descent. In the 1990s, the foreign-born population in New York City increased by 788,000, totalling 2.9 million. Data from the 2000 Census found that Caribbean foreign-born residents accounted for 20.8% of the city’s population. New York City’s community now included more Dominicans, Jamaicans, Haitians, and people of Trinidadian and Tobagonian descent than any other major city in the United States.

And the wave Caribbean immigrants brought pieces of their culture along with them, including their rich culture of cigar smoking.

Rap and hip hop culture were also on the rise in the 90s and early 2000s. New York rappers in particular were glamorizing the fine art of smoking a blunt the way aristocrats fetishized drinking a fine glass of wine:

“Growing up, we always heard rappers rapping about blunts, seeing them smoke them in music videos,” says Calvin Shepherd, a lifelong New Yorker. “It’s just a part of weed culture in the city.”

As the children of Caribbean immigrants came of age in the city, influenced by both their heritage and pop culture, blunts became not just the preferred method of cannabis consumption, but a communal aspect of staying in touch with your roots, identity, and community.

The infamous NYC/Backwoods price increase of 2018

Every so often, an economic injustice brings a community together to protect a cultural way of life. This was one of those moments — as New York city found itself in the midst of a weed disaster — the price of Backwoods cigars had risen to $16.99 a pack.

New York City mayor Bill de Blasio signed a series of aggressive anti-tobacco bills in August 2017, all with the intention of reducing the city’s tobacco use. The legislative proposals intended to reduce the number of smokers in NYC by 160,000 and generate revenue for public housing.  One of those bills, 1544-B, called for a minimum pricing in cigar structure, raising the price of individual cigars to at least $8.00, and increased the taxes on little cigars, smokeless tobacco, suns, shisha and loose tobacco.

That included Backwoods cigars, a brand of flavored cigars readily available at most gas stations, liquor stores and bodegas. The local law went into effect in June 2018, raising the tax on all tobacco products other than cigarettes.

The weed smokers of New York City had a meltdown on Twitter.

Anyone who regularly smokes weed in the form of a blunt can tell you that the tried and true tradition of blunt rolling involves purchasing cigars, cutting them open, removing the tobacco — often referred to as the “guts” — filling with dried cannabis flower, resealing, and smoking.

This is the reason the blunt smokers of New York City collectively cried when the price of their beloved Backwoods spiked. Smoking weed had gotten three times more expensive.

Desus Nice of Viceland’s late night show “Desus & Mero” was among the first to take to the virtual mean streets of Twitter and lament about the price increase:

The tax hike had some New York weed smokers considering alternatives, but others felt daunted by the thought of giving up blunts by switching to rolling papers.

Others — incorrectly — blamed and lashed out at the manufacturer.

While some New Yorkers took the opportunity to show their true colors.

When asked how Shepherd, as a native New Yorker ingrained in the city’s weed culture, personally felt about the new tobacco policy, he called the bill “a bunch of bullshit” that was meant to make people uncomfortable as recreational and commercial cannabis legalization looms.

Ok, but who smoked the first blunt?

One of the first tales of the blunt in the current cultural lexicon comes from weed saint Snoop Dogg. In an interview with YouTuber Nardwuar he dished, “Bushwick Bill was the first person to smoke a blunt with me, we had never seen that before.”

Bushwick Bill hailed from Bushwick, a neighborhood in Brooklyn with a large Black and Latinx population, some from the Caribbean, others from all over Central and South America. Blunt culture is very prevalent in Brooklyn, there isn’t a bodega for all of Bushwick’s four and a half mile stretch that doesn’t have some type of blunt wrap, cigar or fronto on offer.

We can only hope that as cannabis completes its mainstream takeover that we can finally collect the stories of the past 40 years of culture, not just the past near-decade since Colorado legalized it for adult use.

This gap in knowledge lets people think that cannabis culture or history isn’t important, but if alcohol’s time under widespread bans is any clue, it will continue to ascend into the dominant exchange whether prohibitionists like it or not. We can’t pinpoint the first person who decided to use tobacco’s fragrant leaf to wrap ground up flowers of cannabis, but it was pretty brilliant nonetheless.

Who was the first person to smoke a blunt? originally appeared on Weedmaps.com 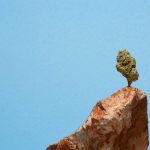 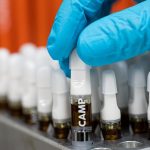