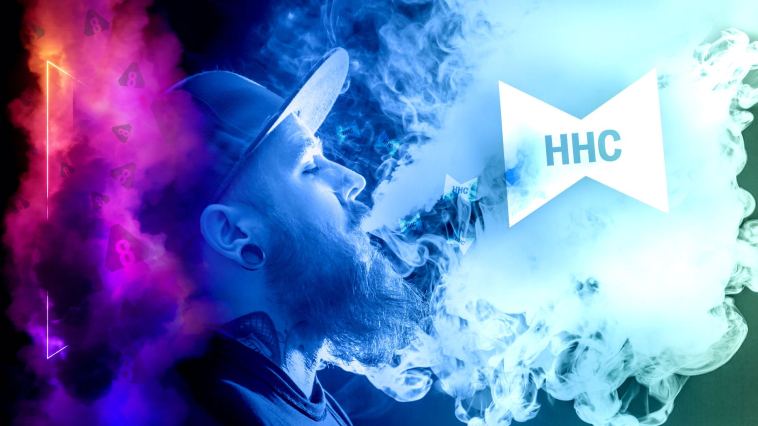 The hemp-derived cannabinoid has a lot of potential, but invites many questions, too

Among the wave of hemp-derived cannabinoids sweeping the country—delta 8 THC, delta-O THC, and delta-10 THC among them—few have eluded public understanding more than HHC. Googling the compound brings up a host of contradictory information: about its legality, its effects on the body, and even whether it occurs naturally in the cannabis plant.

Hemp-derived HHC isn’t THC, but it offers a THC-lite experience.

Making sense of HHC is complicated in part because it has only recently reached the market and only a handful of retailers are selling it, mostly in the form of vape carts. The cannabinoid offers lots of potential, however; don’t be surprised if you start hearing more about it soon.

As state and federal agencies continue to ban delta-8 THC, the most popular hemp-derived cannabinoid, HHC offers a tiny bit more legal promise—and appeal—since it’s not actually a THC compound at all. It may also elude drug tests, although the evidence for that is purely anecdotal at this point.

“HHC is one of our fastest growing products,” Liam Burns, founder and CEO of Bearly Legal Hemp, one of the main retailers of the cannabinoid, told Leafly. “That’s due to regulations that have banned Delta-8, but people are buying it in states where they can buy Delta-8, too.”

Read on to learn more about HHC: how it’s made, its effects, its murky legality and what other questions remain.

What is HHC, anyway?

HHC was first created in 1944 by the American chemist Roger Adams, when he added hydrogen molecules to Delta-9 THC. This process, known as hydrogenation, converts THC to hexahydrocannabinol (HHC).

While Adams created HHC from conventional cannabis-derived THC, these days the cannabinoid is typically derived through a process that begins with hemp, the low-THC cannabis plant that was made federally legal by Congress in the 2018 farm bill.

How is HHC made?

It’s a many-step process. First, CBD is extracted from raw hemp, distilled and isolated in a powder form. From there, things get a little more complicated.

Hemp-derived CBD acts as the base for the chemical reaction that creates HHC.

Ray described HHC manufacturing as a proprietary process that takes place inside a chemical reactor. “Think about the reactor as a black box,” Ray told Leafly. “In goes CBD, out comes HHC.”

Ray describes the HHC as a “gold dark oil that we refine from that stage” before distilling it.

Is it safe to make HHC?

Richard Sams, scientific director at KCA Laboratories in Nicholasville, Kentucky, has tested HHC products in the past few months (including, incidentally, Bearly Legal’s). He told Leafly HHC can be produced safely in a well-equipped laboratory. But if you scale up production, he said, the risks rise, too. “The potential risk here is with explosions,” he explained.

Kyle Ray, of Colorado Chromatography, noted the company only makes its HHC in an “explosion-proof” space. “Everything’s grounded,” he said. “There’s no potential for static discharge.”

What are the effects of HHC on the body and mind?

There is a lack of consensus around HHC’s potency. The complication arises, in part, from the fact that when the cannabinoid is manufactured, the end result is a mixture of two different kinds of HHC molecules:  9R HHC actively binds to the body’s natural endocannabinoid receptors, while 9S HHC, because of its slightly different molecular structure, doesn’t do so nearly as well.

“The one that fits [into the receptors] produces similar effects” as delta-8 THC, but takes a much higher amount to do so, said Richard Sams of KCA Laboratories. “With a sufficient dose, THC-like effects can be observed.”

In other words, HHC can have THC-like effects on the body and mind, but HHC is less potent, milligram-per-milligram, than delta-8 THC. Delta-8 THC is itself generally regarded as about half as potent as the standard delta-9 THC.

How potent is HHC?

Kyle Ray, of Colorado Chromatography, told Leafly that while the ratios of the active and inactive HHC molecules can vary from batch to batch, they need to be at least 50% active to pass muster.

I tried it: HHC offered a pleasant and mildly cerebral high, with some pain relief.

“Trying to get those two isolated and separated from each other would be so cost-ineffective that it wouldn’t really make a viable product,” he explained. “So our goal, when we’re making our HHC, is always to maximize the amount of the active [compound] and minimize the amount of the less active [compound]. However, it’s never a perfect gambit. It’s usually somewhere around 2:1 or 1:1.”

When it comes to the effects of HHC, Liam Burns, of Bearly Legal, is a true believer.

“Personally, with HHC, I feel energetic,” he said. “I go to the gym. I’m sharp, my brain’s working properly. I typically have back and shoulder pain, but I have no pain when I’m on it.”

Aside from a faintly plastic-y taste, my own experience with the company’s HHC vape carts was similarly pleasant. Although the Blue Dream cart didn’t give me the same energy boost, it offered a pleasant and mildly cerebral high, and it did in fact soothe my aching muscles, too.

Does HHC show up on a drug test?

Burns, of Bearly Legal, believes that some of HHC’s appeal stems from evidence suggesting that it can evade drug tests. But—and this is important—he acknowledges the evidence is only anecdotal. This is just what he’s hearing from his customers.

James Stephens, vice-president of innovation at Creo, a biotech firm specializing in cannabinoids, has seen similar arguments made about HHC. “I’ve also seen it advertised that [HHC] doesn’t convert into 11-hydroxy-THC, which is a common drug test metabolite,” he told Leafly. “It could possibly be used to evade drug testing regimes if this proves to be true,” he added.

Word to the wise: There is no hard evidence that HHC does not show up on a drug test for marijuana. Don’t bet your job or career on anecdotal evidence.

Is HHC safe to consume?

Like any of the new hemp-derived cannabinoids, there is no standard dose and little to no research on the immediate or long-term effects of HHC ingestion.

Because hemp-derived cannabinoids (including HHC) are not subject to cannabis regulations in legal adult-use states, HHC product makers and retailers are not required to test their products for potency and purity.

Bearly Legal, however, does include third-party testing results with their HHC products, from KCA Laboratories. Those tests show the vape carts to contain about 99% HHC.  (The ratio of 9R and 9S HHC molecules in the test added up, strangely, to a tad more than 100%. Colorado Chromatography attributed that to slight deviations within the margin of error).

Binoid, another major retailer of HHC, did not respond to multiple requests for comment for this story.

And now we arrive at perhaps the thorniest question of all: Is HHC legal?

Bearly Legal says yes. The company’s website argues that since HHC is hemp-derived, and not actually THC, they should be in the clear. “HHC vapes, gummies, or edibles are perfectly legal on the federal level and will most likely remain legal on the state level as well,” the website reads.

Company officials additionally argue that since HHC is found in the seeds and pollen of hemp plants, it is “non-synthetic” and thus a “perfectly federally legal hemp extraction.”

Other retailers, unsurprisingly, agree. In a strange piece of branded content that recently ran in LA Weekly, Binoid claimed that the cannabinoid is legal…with the caveat that it “may possibly” be shipped to all 50 states.

Other experts are more skeptical. James Stephens, the cannabinoids scientist at Creo, believes HHC is subject to the Federal Analogue Act, which states that any substance analogous to a Schedule I drug—in this case, conventional THC—would itself qualify as a Schedule I drug. Since THC remains illegal, HHC would be illegal too. Stephens also believes it bears significant similarities to the synthetic drugs K2 and Spice, which mimic THC and are also classified as Schedule 1 drugs.

“I don’t think HHC is legal,” he told Leafly.

For the moment, HHC products exist (and thrive) in the murky legal zone between hemp (which is legal nationwide) and cannabis (which is not). Until HHC comes under a state-regulated system, consumers will need to weigh the risks and benefits of these compounds for themselves.

What is HHC? originally appeared on Leafly.com 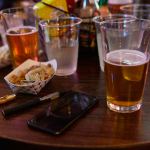 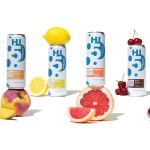