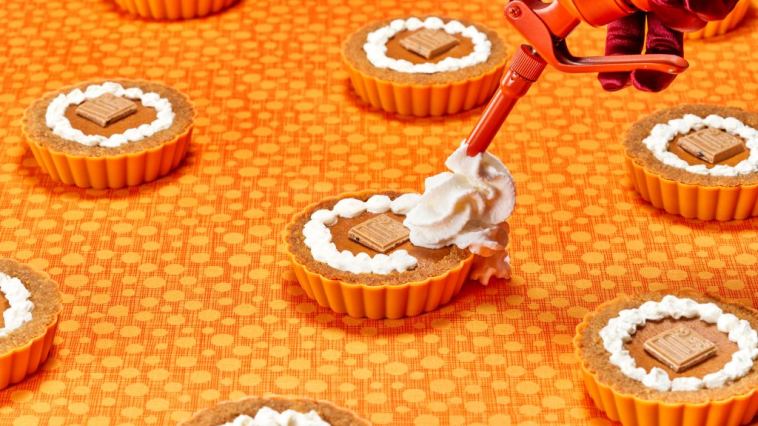 Though the years have been relatively few, the post-prohibition era of cannabis has produced tectonic shifts in how we process and consume the plant. And no other corner of the modern weed market exemplifies these shifts better than edibles. What was once — and, depending on your age, still is — synonymous with high-powered, homemade pot brownies, unruly dinosaur doses of THC, and alarmingly psychedelic highs that last for days, is now associated with controlled dosing, consistency of effect, and more efficacious, non-smokable consumption.

As something of a cannabis late bloomer turned professional enthusiast, my own experience with edibles has largely been shaped by the legal California market. Not that I haven’t partaken in the occasional homemade infused baked good, but even my “bad” edibles experiences have been relatively mild, and frankly, pale in comparison to the times I got faded from smoking a gram and a half of high-powered pre-rolls back in my lightweight days.

The point is that given the legal restriction on THC edible content in California, my number one concern with edibles is if there will be enough THC in them rather than too much. And once I’ve tried an edible and confirmed that it does make me feel something, I want to know that it’ll make me feel that way again.

This is the type of experience upon which the Incredibles brand stakes its reputation. Sloganed with the phrase “the credible edible,” Incredibles products are designed to be three things for every customer: “loved for unique flavors, trusted for original recipes,” and “made to deliver consistent experiences.”

For this review, I’ll be taking a look at Incredibles’ seasonal 100-milligram Pumpkin Pie bar to see how it holds up to the company’s core tenets, which also reflect the core attributes that today’s cannabis-infused consumer tends to search for.

Incredibles have been in the cannabis game since 2010. Founded by Josh Fink, Derek Cumings, Rick Scarpello, and Bob Eschino, Incredibles was conceived from the notion that “a good edible experience shouldn’t be a gamble.” One of the ways Incredibles ensures consistency is by infusing its products with THC distillate.

The edibles market is currently seeing a sizable gain in products infused with live resin, a cannabis oil extracted from fresh, non-cured, non-dried buds, and intended to preserve more of the plant’s terpenes and other minor cannabinoids in addition to THC.

A legal, adequately dosed, live-resin edible product is likely to fall within a reasonably predictable window of effects. Ultimately, choosing between live resin and distillate-infused is a matter of personal preference. If you want to reduce your risk of inconsistency as much as possible, distillate remains the most efficient method of getting a guaranteed high, as well as experiencing specific cannabinoids in its purest form. If you want to get the most out of distillate-infused edibles, legal brands and licensed dispensaries are the way to go.

As previously mentioned, Incredibles has laid its reputation on having pioneered consistent dosing in its infused chocolates, using a unique mold to demarcate milligram servings of each breakable piece. It should go without saying that packaging appeal alone is never enough to ensure you’re getting a quality product. That said, I tend to gravitate toward brands with packaging designs that stand out from the Apple-product-harping pack in some way or another. Incredibles’ chocolate bars boast a series of colorful, welcoming designs that remind me of this groovy new-wavey Whatchamacallit commercial from the ’80s.

If the Pumpkin Pie bar is an indicator of what to expect from the whole Incredibles’ chocolate bar line, then I’d say that these bars deliver on unique, quality flavors with some confidence. The bar itself is roughly the size of your typical mini-mart candy bar, divided into breakable squares that are further divided into 5-milligram triangles, very clearly labeled into the mold. When you break off a square or a triangle, you get a great cross-section look at the grain of the pumpkin spice and cocoa nibs inside the graham cracker and white chocolate.

Historically, I haven’t been the biggest weed-chocolate guy because I find it challenging to strike a satisfying balance between the chocolate and the weed, even though the earthiness of both makes them blend pretty damn well. One of the things that made this Pumpkin Pie bar so appealing to me was getting a flavor experience from the chocolate that was rich and multifaceted enough to meet the inevitable presence of the cannabis extract taste — which I typically see as a sign that the product is delivering on cannabis content. It’s like a more sophisticated, pumpkin-spiced version of those Hershey’s Cookies ‘N Creme bars I used to pound as a kid.

For first-time or new consumers, Incredibles recommends eating one triangle of its chocolate bars and waiting for the onset of effects — typically two to four hours after consumption — before taking more. As a steady consumer of mid-level THC cannabis, I usually take 15 – 20 milligrams worth of edible product in one go to get a full sense of its potency, as well as the dimensions of its effects. But I’d just come off a three-week tolerance break when trying this bar, so I decided to meet myself in the middle and start with one square for a total of 10 milligrams THC.

I had my first square in the evening, and it took an hour, almost down to the minute, to start feeling a vague, far-off stoniness, with a slight warmth in the head, and my limbs starting to hum with a deep, low-frequency tingle.

In the hour between consumption of my first Pumpkin Pie square to when it kicked in, I exercised my right to stoner self-parody and plopped on my couch with a paperback omnibus of Gilbert Shelton’s Fabulous Furry Freak Brothers.

I’d just picked it up from the second-hand book section of my local record store in Long Beach, California. About three comic strips in, I’m confronted with a scene of Fat Freddie, Phineas, and Freewheelin’ Frank “settling down for a season of creative procrastination.” Frank is sitting on a comfy chair next to a smoking bong with a magazine in hand. “I say there’s nothin’ like smokin’ hash, reading my free-trial subscription magazines, and listenin’ to my collection of free record-club records!”

As previously mentioned, it took about an hour on the dot for my 10-milligram square to start kicking in. There was a five-minute period when the high began to thicken and fuse in the head, slowing down my thoughts and calming my nerves. By the end of that five minutes, it was on. I felt full-on stoney, and the humming realization that I was in it ignited a slightly higher body-tingle frequency and moderate head rush.

My thoughts started getting quicker and hazy ponderings deeper. Another five minutes and I was sitting down to enjoy a seasonal watch of Evil Dead II, one of the great horror movies to watch while high. As the film’s dark-psychedelic opening credits rolled, I caught vivid glimpses of both the spooky-season and year-round horror-themed accouterments of my apartment in low, hazy light, reveling in all of it and feeling connected to the ground beneath my feet.

Within another hour, I was already on the comedown, having peaked in a comfortable wave free from the heightened anxiety of a “bad” edible trip and mostly satisfied with a more nuanced experience than what a low-grade distillate-infused product can offer. The downslope was long and sweet, accented by a subtle, friendly sedation, making Incredibles’ Pumpkin Pie bar a more effective nighttime indulgence than daytime treat.

A few days after my first sample, I decided to try the Pumpkin Pie bar again, this time upping my dosage to two chocolate squares for a 20 milligram THC count, mainly to test out the effects of the chocolate bar at a higher dose. There was a slight increase in the intensity of the high, to be sure, but the pattern of the quick peak after an hour wait, followed by a long, relaxing, sedative downslope, was absolutely identical.

Obviously, my two experiences with this bar aren’t enough to guarantee that Incredibles’ products will work the same for everyone, but it’s no small thing to experience such airtight consistency in an infused chocolate.

If you’re looking for an exceptionally tasty chocolate treat that you can also rely on to consistently deliver the same high at the same pace — and without imposing an overwhelming high-powered effect — Incredibles’ chocolate bars are well worth a try. 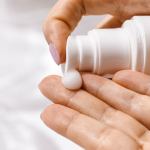 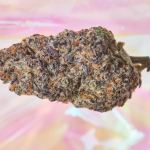