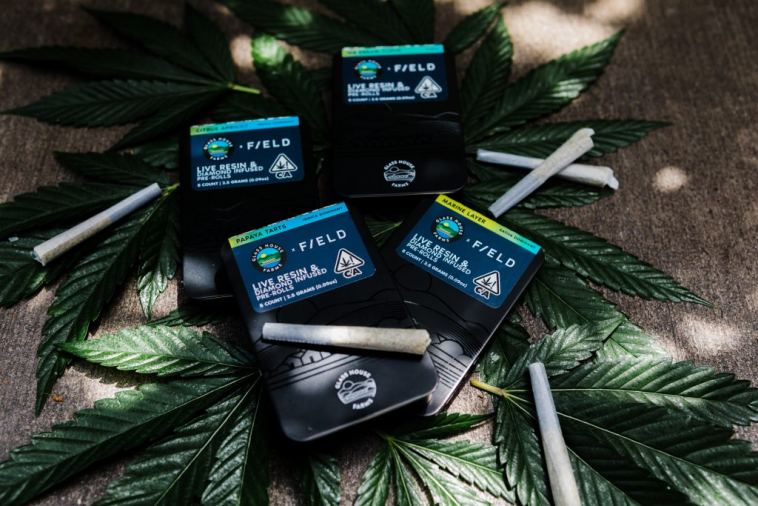 Glass House Farms, an indoor farming operation on the California coast, partnered with award-winning LA-based extractors, Field Extracts, to produce its 5-pack of infused, half-gram pre-rolls. Both brands have solid reputations for producing impressive flower and concentrates, respectively. As such, the expectation for these pre-rolls was high AF.

So I arranged activities that felt appropriate for auditioning the Citrus Apricot strain, an indica-dominant variety of Glass House Farms and Field Extract’s collab, which clocked in at an astronomical 35% THC. Here are my results.

These joints arrived in a graphite-grey tin box with the Glass House Farms landscape logo glossily etched across the front. The lid slides off when the sides of the box are squeezed together, revealing five half-gram joints in a neat plastic bag. The pre-rolls had the familiar, grease stained look of an oil infused joint, but didn’t feel slick or sticky between my fingers.

On the backside of the box is the regulatory need-to-know language and brand contact information. Cannabis marketing copy in microscopic font makes my eyeballs itch and is rarely necessary, which is a concept Glass House Farms also seems to appreciate.

The joint’s initial perfume was, to my nose, only slightly skunky, which was remarkable considering how saturated the joints appeared to be. The pre-rolls were uniform in density, saturation, length, and girth, and — as we would learn through two rounds of getting absolutely zooted — responsive enough for more than zoning out.

My first session with a Glass House Farms x Field Extracts infused pre-roll was planned out as an evening at home, power watching Netflix while filling a page or two in my sketchbook. However, what actually happened was that after a harrowing day of extreme parenting, professional functioning, scattered moments of harried housekeeping, and general, sleep-deprived emotional exhaustion, I sucked this joint down in what felt like three solid pulls.

The onset whipped me through a vortex, squeezing just enough junk-sleep tears out of my face for me to feel some measure of emotional relief. With a damp eyeline, I astro-traveled to Chillsville, navigated to Netflix, and just vibed until I was all caught up on The Great British Bake Off.

The high was the correct response to my day; which is to say, rather than softly buffing my rougher edges or gently easing me out of my anxieties, this joint straight-up sandblasted me back into spiritual alignment. Of course I had a weird happy cry as soon as the onset peeled back my crusty mindset, and of course I chose to melt into dissociation rather than further process my day through sketchbooking.

The effect that this joint delivered may not have been what I anticipated, but darned if it wasn’t precisely the high I needed.

My second session with a Glass House Farms x Field Extracts pre-roll preceded an epic haircut more than a decade in the making. Foreshadowed by an unfortunate pre-shower incident, wherein my shirt became so tangled in my footlong-ponytail-topknot that I almost shaved my whole head right then, I made an immediate appointment with my hairdresser.

For my particular brand of femininity, haircuts — even overdue ones — can be a major source of anxiety, so I pregamed my salon appointment with one infused pre-roll. During this round, the perfume was much stronger than prior. It permeated my clothes, my jacket, and my poofy pile of overgrown curls. Thankfully, my hairdresser is down with cannabis, so I entered the shop without the anxiety of appearing “too high.” Which is good, because I absolutely reeked of weed for the entire visit, and I was, by all accounts, very freaking high.

Once again, the buzz arrived with a whiplash-swoon. I felt my eyes swimming in their sockets as my stylist patiently described each step of the forthcoming process. Her explanations bounced off my forehead, only the most necessary of information permeating the thickness of the high. I felt no frustration though, only pure amusement.

I was able to share images and articulate ideas with my stylist, banter back and forth with her, and essentially enjoy the process of being cared for in this uniquely intimate way by someone who wasn’t much more than an acquaintance. Though I was again astro-traveling, the mood I was in pre-joint dictated the course of the high, so I was in low-key golden retriever mode throughout the entire process, grinning with my teeth out under my mask almost the whole time.

Two hours after I puffed the Citrus Apricot infused joint, I bounced out of the salon with the munchies and an adorably shaggy new pixie-fro. Then I beelined for the bakery down the street, and power muched two whole pastries as if they were bite-sized (they were not).

The onset of these infused pre-rolls is potent, but once the high crash lands, it unfolds to suit the needs of the consumer — at least this was my experience. I would suggest a certain degree of comfort with high THC products before trying these; even as an experienced stoner, I felt these joints had the potential to deliver intense highs.

That said, for varsity potheads, this particular variety was suitable for both day and evening use, with effects largely based on whatever the heck you’re going through, whether it’s apocalyptic parenting anxiety or just a long overdue haircut. 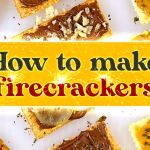 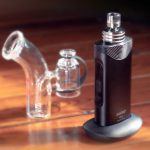