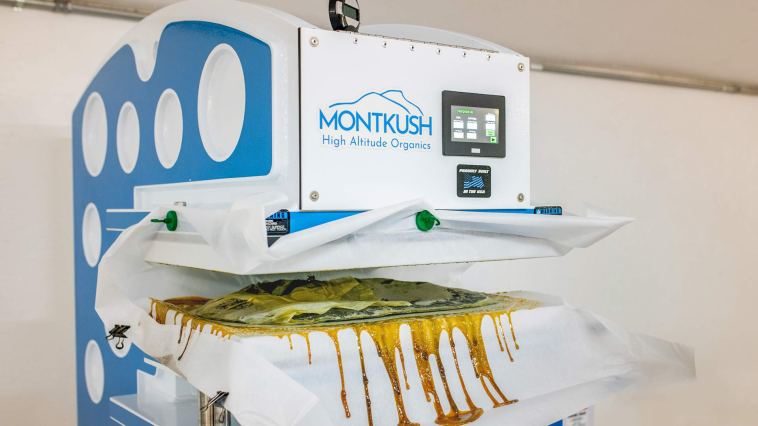 How one man’s drive to help his daughter created a nourishing CBDA oil for everyone.

Anthony “Sully” Sullivan is known as a famous TV pitchman—you may recognize him from his iconic OxiClean ads—but his daughter, Devon, changed everything. Born with a rare genetic disorder, she suffered from a bevy of medical issues, including seizures, and the medicine she was prescribed dulled her bright personality.

Sullivan tried giving his daughter CBD, and the results were so miraculous in her case that he found a new calling: Creating the purest possible extract for his daughter and anyone else who might need it.

So, he bought a 116-acre organic farm in Vermont, named it MONTKUSH, assembled a dream team, and invested in a top-of-the-line rosin press that can be used at a lower temperature, so they could extract all of the goodness of the plant with absolutely no additives and very little waste. The end product was not only rich in a range of beneficial cannabinoids and terpenes, it contained uncommonly high levels of CBDA, an unsung hero in therapeutic hemp.

With MONTKUSH’s Raw CBDA Oil, Sullivan’s dream of creating something that could better support his daughter’s wellness came true. With the power of CBDA, customers all over the country finally found something that supported their wellness, too, even when other products fell short. As one customer said in a glowing review, “The fresh-squeezed approach to processing [hemp] is clearly the best.”

“The fresh-squeezed approach to processing [hemp] is clearly the best.”

What makes CBDA special is that it functions a little differently than other cannabinoids, giving it a unique effect on your body and mind. Here’s how it works—and how to find the right product to make it sing.

Typically, cannabinoids like THC and CBD interact with the same receptors in your body. CBDA skips that whole process and gets to work inhibiting enzymes associated with inflammation after an injury or infection.

We’re still learning what CBDA is actually capable of, and scientific research can take years. But the results so far are promising: One study on rodents suggests it can affect serotonin levels, which help regulate emotion and basic functioning. It also has 100 times the affinity for our 5HT receptors, which regulate that serotonin. Some research indicates that it has the potential as an antidepressant or an anticonvulsant. CBDA is also more bioavailable than CBD, so it’s easier for our bodies to metabolize.

CBDA is plentiful in fresh cannabis, but when heat is applied, it converts to regular CBD. This is why you don’t see it very often, at least not in high quantities: Most hemp and cannabis extraction methods require heat, and even if you have fresh product, you’re probably applying your own heat through smoking or vaping. Heatless extraction, which is used to make MONTKUSH rosin, is going to bring out CBDA at far greater levels than what’s usually on the shelves. And its availability in an oil format means you’re not adding any heat during the consumption process, either.

How to find quality CBDA extract

Not just any CBD extract will have significant levels of CBDA, which is why you need to not only check the label, but the third-party lab results as well. Safe, reputable brands will always make these available online. MONTKUSH took theirs so seriously that they road-tripped from Vermont to Arizona in two Airstream trailers to find the best analysts possible.

Each part of the cannabis plant works together to create effects stronger than the sum of their parts—cannabinoids, terpenes, and other compounds all enhance one another’s effects—so you’re going to want a whole-plant, full-spectrum extract rather than an isolate, which only contains a single cannabinoid and nothing else. Look closely, because some “full spectrum” products just take an isolate and mix other isolates back in.

With MONTKUSH, what you get in the bottle is coconut oil and everything that came out of the press, with all its natural terpenes, cannabinoids, and, yes, even trace amounts of THC as allowable by law. That’s also all you get, with no extra solvents or added flavors. It’s one of the purest extracts out there, and it allows you to fully appreciate the plant that it came from.

This brings up another important factor in high-quality hemp: Where it came from. MONTKUSH handles the whole process from end-to-end, growing hemp on their own certified organic farm, then extracting, bottling, and selling it in-house. That kind of serious care makes all the difference.

It’s too early to make concrete scientific claims about CBDA, but MONTKUSH customers leave rave reviews about its effects on sleep, pain, nausea, and a variety of other conditions.

“I never tried any of these because I just did not trust the companies making it,” writes Sean, who purchased a bottle of MONTKUSH’s Raw CBDA Oil after seeing the story of Sullivan and his daughter on the Vice TV series Kush Kings. “I give it a big thumbs up because my lower back pain, [and] I have a pretty bad back, seems to be loving it.”

“I have a literal cornucopia of aches and pains, from both early-onset Rheumatoid Arthritis and Spinal Scoliosis, to name a couple of culprits,” reports an anonymous customer, who also uses CBDA oil for pain. “[MONTKUSH’s CBDA oil] has really taken the sting out of my long workdays and early mornings. I have noticed a significant decrease in the inflammation in my ankles and in my wrists, it’s been a pleasant reprieve.”

“My sleep has been more sound with no tossing and turning. I wake up actually feeling refreshed and clear headed.”

“Where has this been all my life!?” asks Ami C, who says they’ve had a lifelong struggle with anxiety. “This stuff gives me a sense of calm. I have felt way more relaxed since I have been using the CBDa…. I will always keep this stuff on hand.”

Even some longtime CBD consumers see CBDA oil as a cut above.

“I’ve used CBD off and on over the past couple of years, primarily for sleep,” says MONTKUSH consumer Paul T. “I came across MONTKUSH and was excited to see they actually had CBDA … All I can say is… IT WORKS! I typically take it about an hour before bed to allow it to get into my system. My sleep has been more sound with no tossing and turning. I wake up actually feeling refreshed and clear headed.”

Jasmine F. agrees: “I personally found this to be more calming than the CBD. Taken in the morning, it helps cancel out my coffee jitters and start my day on a good foot if I am extra anxious.”

The growing consensus? This CBDA oil is pretty darn good.

Ready to get your hands on fresh-squeezed hemp?

shop CBDA oil
This whole plant CBDA extract is made for healing originally appeared on Leafly.com 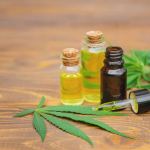 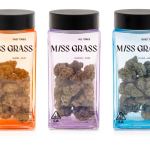