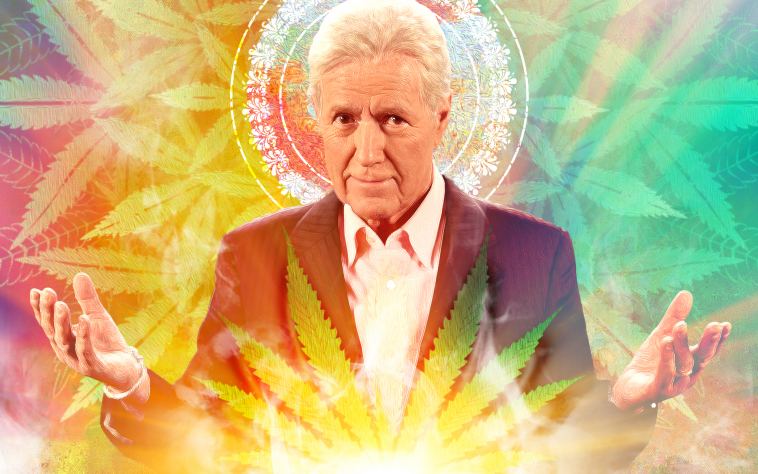 Alex Trebek had a steadfast grin. He also had six or so Emmy’s, a Guiness world record, and a Peabody. He’s a Hall of Famer and has a Lifetime Achievement Award. There’s more I’m sure, but I’m a Jeopardy fan in mourning trying to write from memory.

Trebek died on November 8th, 2020. He was 80 years old. Did he smoke weed? I don’t know. I hope he did, at least to manage pain during his cancer battle.

His epic, decades-long run as the host of Jeopardy still had episodes to air when he died, and now, Jeopardy fans the world over are tuning in each night, hanging on his every subtle quip and reveling in pure delight when he says “you’re right!”

As I watch these episodes, I’m struck by his steadfastness. If he knew he was about to succumb to pancreatic cancer, he sure doesn’t show it. His gentlemanly swagger is on full-soothe like the true legend he is.

At Leafly, our most honest dedication to anyone or anything this iconic is a strain list, so…

This one’s for Alex Trebek.

A man who’s an indisputable shoo-in for the Mount Rushmore of game show hosts, or, a series on a game show that pits winners against each other to crown the winningest. It’s also a chillout strain with a 1:1 ratio of THC:CBD.

You’re on the board. Next clue.

Alex Trebek is to after-work evenings what this iconic beverage is to brunch. We prefer the strain version’s pleasurable mid-level buzz, safer to enjoy all day every day.

Find Mimosa near you

This game is heating up. Clue time.

It could be a Daily Double. It could be mispronouncing a word in Jeopardy’s 2nd round. It’s also a euphoric, limonene-dominant, 60/40 indica-heavy hybrid plausibly named for its ability to pivot moods.

Switch it up with Game Changer

A strain for the surprise ending on Jeopardy’s second-ever episode, occurring again only a handful of times in 35+ years. A brief phase of cerebral sizzle, like this flower’s reported effects.

Finally, in honor of the year that forced millions of people to watch more Jeopardy than they normally would. Soaring demand, a pop culture icon, a reliable, feel-good experience. Legend for legend.

Leafly Strain of the Year 2020—Runtz

Try the strain that’s all the buzz

“It was a good game. I hope you enjoyed it,” he would say to the players, always in earnest.

Alex Trebek’s final Jeopardy episode will air on Christmas Day. A classy exit and a gift for us all. It’s been a good game, Trebek (I say to myself in Sean Connery’s voice). We have enjoyed it.

This is Strain Jeopardy – a tribute to Alex Trebek originally appeared on Leafly.com 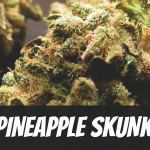 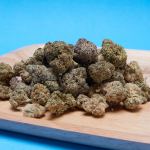