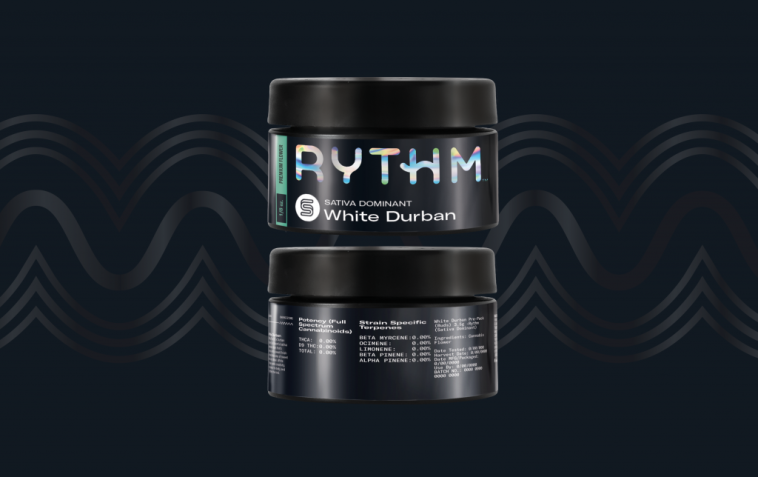 This month of The Drop, Dante Jordan’s column rounding up all the can’t-miss strains and dabs from the best brands and growers, looks at anticipated releases from Ridgeline Farms, Rhythm, and Ember Valley.

A new month and a whole new batch of strains you should be putting in your pipe and smoking. Here are the cannabis strains that are hitting menus in December. I smoked the Green Lantern before a Friendsgiving and woke up two days later. That’s the type of fire we’re talking about here. That real deal outdoor of all outdoors, ya know? The type of weed that reminds you that it’s not just a profession, it’s a lifestyle for growers in NorCal.

Green Lantern has existed for eight years now, and this version of it is grown by Ridgeline Farms. It’s being released in collaboration with Cookies with Redwood Roots as the distributor. The genetics are a cross of OG Sour Diesel and Berry, according to Phylos Bio Science.

Green Lantern is extremely gassy, spicy, and peppery with a terpene profile testing high in caryophyllene, humulene, and limonene. Jason Gellman, Ridgeline’s owner, told me that Green Lantern is great as an appetite enhancer and for insomnia relief. You gotta love when weed tastes like wine. Only a few strains have blessed me with those terps, and Purple Velvet from Aster Farms is the most recent of them.

Purple Velvet was bred by Heartrock Mountain and grown by Aster Farms. It crosses Purple Velvet with Aurora to produce a piney and sweet treat. To me, it tastes like a glass of merlot. The pine compliments the scent that we’ve begrudgingly come to call “purple” in a way that will have you smacking your lips.

In terms of effects, this is a great daytime smoke. It’s calming and potent, but mostly in an “avoid a panic attack from all the due dates that are piling up” kinda way. Check out Aster Farms’ Velvet Purple if you’re in California.

When I touched down in Los Angeles as an official resident, The Cure Company was the first place I toured. While there, I was blessed with a few samples from its Fritz line. BOY. Fire. Especially that Miami Fritz. No hyperbole, it’s some of the best tasting fruity/sweet/dessert-like weed that I’ve ever come across. Shit is some real *chef’s kiss.*

Miami Fritz is a sativa-dominant cross of Zkittlez and Fritz. The Cure Company defines its taste as tropical mint candy — I can concur. Shit is so delicious, I want to make a smoothie out of its terpenes. This is some seriously great weed here, man. You definitely should not skip over it if you see Miami Fritz on a dispensary menu. Or the Biscotti Fritz, for that matter. Whew. Recently, I tried Sour Diesel from Rythm, and ya know what? It wasn’t half bad. I usually hate the Sour Diesel high because it makes me all buzzy and look-around, like when you’ve had a 64-ounce coffee on an empty stomach and everything is just way too stimulating. Rythm’s was nice though. Well grown, good nose on it, so I’d expect the White Durban it’s dropping in December to be just as good.

White Durban is a sativa-dominant cross of White Fire OG and Durban Poison that smells sweet and lemony with earthy diesel flavors. It was bred by Cannarado Genetics, who is responsible for popular strains like Sundae Driver, Pie Hoe, and Gushers.

White Durban’s terpenes are dominant in myrcene, ocimene, and limonene, and its effects are thought to spark creativity.

Yo, that Jesus Zkittlesworth from Highsman, owned by NFL great Ricky Williams, is an excellent representation of Zkittlez. It had the nose, taste, and that powerful high that let me know, “okay, whoever is the lead grower at Highsman might know a lil’ something.” In December, it’s got another strain hitting shelves: Ken Jiffy Jr.

Ken Jiffy Jr. is an indica-dominant cultivar bred by Highsman and Cannarado Genetics. It is a cross of Do-Si-Dos and Lava Cake that Highsman’s grower, Nature, has been growing for nine months.

Ken Jiffy Jr.’s flavor is gassy and creamy, with subtle peanut butter and cake undertones, thanks to a terpene profile with high myrcene, caryophyllene, limonene, and linalool content. In terms of effects, Ken Jiffy Jr. is expected to have a relaxing, potent, pain-relieving type of high to it. Another drop you should definitely have on your radar is Dole Whip #9 from Ember Valley. Bred by Exotic Genetix, Dole Whip #9 is a sativa-dominant cross of Tropic Truffle and a Cookies ‘n Cream IX3. The smoke has a strong fruity flavor and should hit your head and body with an uplifting high — that super-stoned and emotionally centered type of experience.

I was at a party this past Halloween, and a friend of mine had this strain. It was super fruity, in this wild pink packaging, and immediately stood out once the Backwoods touched my lips. Couldn’t even taste the cigar over these sweet, gassy, cotton candy-like flavors that had me demanding to know what this flower was, and where I could get it. That strain was Bazquiat from The Association.

Bazquiat is a cross of Zkittlez and a mystery strain that came out smelling like a jawbreaker. Flavor’s just everlasting. The high comes on strong overall, leaving you with an intensely relaxed feeling, and overall, just stoned out of your mind.

Bazquiat isn’t necessarily new to menus in December, but I could not let this column exist without telling people about my newest favorite smoke. Grab it up at Green Wolf in California. 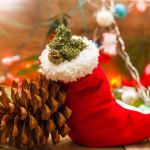 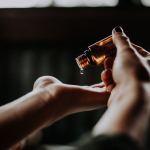