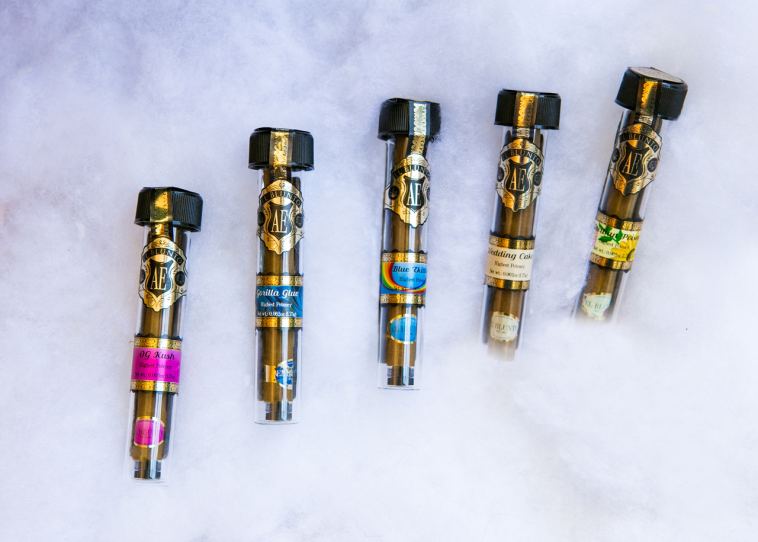 This month of The Drop, Danté Jordan’s column rounding up all the can’t-miss strains and dabs from the best brands and growers, looks at anticipated releases from Wonderbrett, G Funk, and more.

Another month, another round of new cannabis strains for you to enjoy.

Here are the strains hitting dispensary menus in February.

Source Cannabis in California is coming in with a new line of “Exclusive” drops. The first one is Rainbow Runtz, a phenotype of the famous Runtz strain.

Rainbow Runtz smells and tastes like sweet, fruity diesel, which comes from the Zkittlez in its genetics and the dominance of limonene, myrcene, and linalool terpenes. Rainbow Runtz is thought to be a happy and euphoric kind of strain that’s great for relaxing your mind and body. If you love any of Source’s classic strains like Quest, you should definitely peep its new line of Exclusive drops.

Go on and breathe with Wonderbrett! For the first time, Wonderbrett is pushing out some of their classic flavors in brand new live resin cartridges. Come February, you’ll be able to vape Lemon OZ Kush, Orange Banana, Orange Sunset, OZ Kush, Pink Picasso (YERRRRRR), and Strawberry Bliss live resin. Honestly, you can’t go wrong with any of them, but I’m most excited for that Orange Sunset. Ya boy loves a citrus vape.

Additionally, Wonderbrett and Ispire have collaborated on a new Wonderbrett-branded battery that you can purchase separately.

G Funk is a fresh strain for the folks. It was created by G Putt, who is an original member of the Sherbinskis squad. I’ve smoked this strain over the past couple of days, and let me tell ya, it tastes somewhat like a sweet limey pie topped with a gas-flavored whipped cream. You definitely want to go out and find this one when it hits shelves.

G Funk is a cross of True OG and Gelato 41 and was bred by G Putt in Oakland. It has a mix of creamy, gas, and sweet notes that come from a mix of limonene, caryophyllene, and myrcene, amongst other terpenes. After smoking it, you will feel relaxed and carefree. It’s one of those anytime of the day smokes that won’t have you too bogged down physically — you’ll definitely feel stoned in the mind though.

El Blunto makes infused blunts. You’re probably thinking, “Oh my god, no thank you,” but I promise they’re really good quality. Recently, I had a Z Money El Blunto that was infused with Papa’s Select ice water hash. It was so damn smooth, so damn tasty, and all around the perfect 2G Blunt for sharing with homies at dinner.

In January, El Blunto expanded to Arizona through a partnership with Trulieve. With them came a few classic El Blunto flavors that you should definitely smoke throughout February. I suggest the Blue Zkittlez.

Blue Zkittlez was bred by Mohave Reserve. It’s an indica-dominant cross of Blue Diamond and Zkittlez. The strain is tart, sweet, and earthy all at once. Its terpene profile commonly features myrcene, amongst others. Blue Zkittlez effects are expected to be euphoric, relaxed, and uplifted. Basically, you’ll feel happy on the couch after smoking the Blue Zkittlez El Blunto.

Bread and Butter is the first ever seed drop to appear on The Drop. It comes from that boy Mike and Exotic Genetix up in Washington state. Exotic Genetix is famous for breeding strains like Cookies and Cream, Kimbo Kush, and Tina. Mike tells me that this Bread and Butter strain is about to be that real deal new heat. So if you’re a grower, you might want to see what these seeds are talkin’ bout.

Bread and Butter is a cross of Donkey Butter and Bakers Dozen. Mike, the owner, founder, breeder, and legend himself told me that Bread and Butter “smells like you took a gas tank and rolled it up inside a powdered donut.”

As far as the effects, Mike said it “instantly slaps you right between the eyes. I can honestly say this is a relaxer and take your mind off-er.” Peep his Instagram to keep up on where and how to get Bread and Butter seeds in February.

Edition is another fresh brand with fresh strains for the people. My favorite from them is the PCH Sunset. HEAT! You can find them in Sherbinksi’s Fairfax, Sunset Pipeline, and Cookies Haywood.

PCH Sunset derives from Guava and Gelato genetics. For the most part though, you’ll be tasting fruit and gas. These flavors and aromas are brought to you by dominance in caryophyllene, linalool, limonene, and myrcene. Smoking this strain will have you feeling happy and relaxed. I smoked it at a party and next thing you know, both of my feet were up on a stranger’s coffee table. So not only do you feel relaxed from head to toe after smoking PCH Sunset, but apparently, you feel a lil’ disrespectful too.

Last on the list is the Studio 54 Live Rosin from a Field Extracts x Doja Pak x Wizard Trees collaboration.

Studio 54 is a strain bred by Deep East Oakland Farms. It’s a cross of Sunset Sherbert and OZ Kush #54. The strain is expected to kick out gassy, funky, and slight tropical fruit terpenes. You can expect a couple of dabs of Studio 54 live rosin to leave you feeling energized and upbeat.

The Studio 54 live rosin, as well as the RS11 live resin that Field x Doja Park x Wizard Trees are dropping, will be released on 1/28. It is dropping at The Pottery LA and The Farmacy’s locations in Santa Ana, Santa Barbara, and Berkeley. 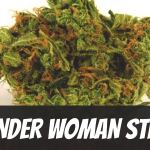 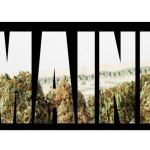