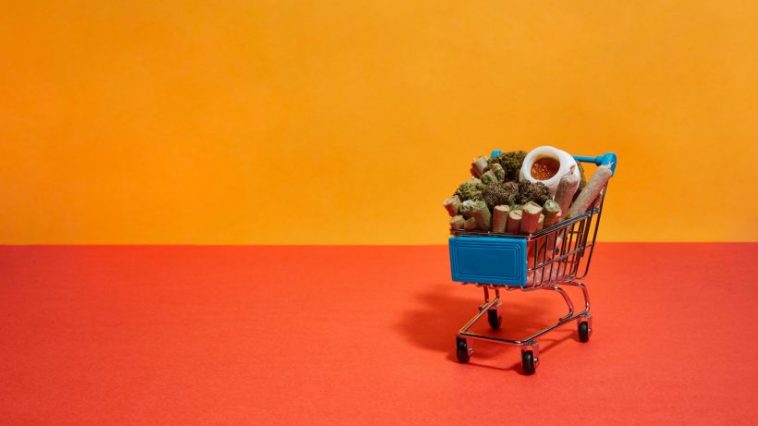 Sativa; Indica; Hybrid. When you step into the world of getting high, these plant types are the first terms you’ll learn. And though we think of sativas to provide upper effects, indicas to provide sleepy effects, and hybrids to fall somewhere along the happy medium, the truth is that there are so many strains under each umbrella that we could never establish a real 1:1 plant type to effects relationship.

So if you’re wanting to try sativas, it’s way more important to know cannabis genetics than it is to generalize the whole family. And with thousands of cannabis strains out there, all providing different effects, it’s a little daunting to choose which sativas to try — especially if you’re new to them.

But because I love you, and I love weed, I’ve dwindled that list down to seven frequent flyers. These selections are a mixture of sativa strains that are among the easiest to find, known for THC content, and renowned within weed culture. These are the best sativa strains.

Named after the famous cannabis activist and author, Jack Herer is thought to be a complex mix of Northern Lights #5, Shiva Skunk, and Haze. The strain is known for producing a wicked mix of piney and spicy notes. One sniff and you may detect black pepper stacked on top of pine needles.

When smoked, most consumers expect Jack to provide a rush of cerebral energy that pairs great for daytime activities. Looking to get your morning started right with a proper wake and bake? Jack might be it. Looking for a boost in energy before going for a lake run? Jack might be it for that too.

Jack Herer has been used to create many other popular strains including Black Jack, Super Jack, and XJ-13.

Durban Poison is a pure sativa landrace strain from South Africa on any list of best sativas that you’ve probably ever read. It’s beloved for having extremely sticky buds that provide a sweet, sometimes ammonia-like fragrance, sending your senses on a euphoric ride before the smoke even touches your lungs.

As far as effects, Durban covers the entire spectrum. Smoke a little bit and you might feel energized and ready for the day. Smoke a lotta bit and you’ll probably feel stuck to the couch. This strain is the perfect example of why you can’t just look at sativas as upper strains, since too much Durban could lead directly to a fat nap.

Durban Poison is often suggested for anyone that wants to get high and do creative activities like painting or crafting. Just one of the best, really.

Green Crack is another strain that you absolutely have to mention when talking sativa strains. Like most of the old school strains, no one can truly confirm the genetics, but Green Crack is believe to be a cross of between a 1989 Super Sativa Seed Club, a Skunk #1, and an Afghani landrace. The result produces dense, citrus-flavored buds that many love for their orangey-mango terpenes.

Though beautiful to the eyes and taste buds, the effects are the real reason so many people champion Green Crack. Commonly, it hits people with a super surge of cerebral effects that creep into the body. It ends up feeling like you just domed 16 ounces of the purest Columbian coffee after a few hits.

If you came into this list looking for a caffeine replacement, or just something that’ll make cleaning your entire house a little more enjoyable, put Green Crack in your pipe and smoke it.

Tangie is one of those strains that you either love to death or you once loved to death and now you’re incredibly tired of it. That said, both situations mean that it’s amazing and should be in the lungs of each sativa lover at least once.

Tangie is an old school sativa that was created by crossing either California Orange with a Skunk hybrid, or Tangerine Dream with a Skunk hybrid. The result produces an unmistakable orange aroma that carries directly over to the smoke, so if you’re looking for bold citrus flavors, there’s no need to entertain anything else here.

As far as effects, Tangie is a fun sativa like Durban Poison that could sit you on your ass if you smoke too much of it. Truthfully, this is the case for most cannabis strains.

Still, a small bowl of Tangie will have most people feeling uplifted and focused, but a fat doink of it will probably have you in this euphoric haze that’ll last for hours. It’s that type of euphoric haze that has you feeling stoned, but won’t exactly level out unless you go to sleep for a bit.

Super Silver Haze is well-known for being a great daytime strain that provides an energetic boost for anyone shaking off the cobwebs. It was created by crossing Shiva Skunk, Haze, and Northern Lights #5. The result gave the world an earthy and citrusy strain that makes most consumers report energetic, euphoric, and arousing effects.

Personally speaking, it’s one of my favorite wake ‘n bake strains, but you better be ready to get right to work after, else the energy rush may be a little tough to handle.

Strawberry Cough is famous for its sweet, berry fragrance and flavor. If you want a fruity sativa, you’ve found your next favorite smoke. This sativa-dominant hybrid is reportedly a cross of Haze and Strawberry Fields. Going by what we know about strains with Haze genetics, it’s easy to see why this strain makes most people feel focused and creative.

Strawberry Cough is perfect for anytime consumption, but it especially hits before running through the day’s to-do list.

Sour Diesel is one the most famous stains in the world. So famous that rappers NORE and Styles P made a song about it.

Sour Diesel is a 90% sativa-dominant hybrid that breeder Asshole Joe made when he accidentally crossed a Chemdog 91 plant with a Super Skunk. The result gave us a funky plant with a mix of citrus and gassy aromas. Though famous for how it smells and tastes, Sour D is best known for its potent high, leaving consumers feeling nicely relaxed and stoned, but not out for the count. Plenty of people choose this strain for a daytime remedy for various issues. 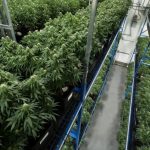 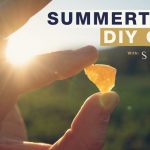