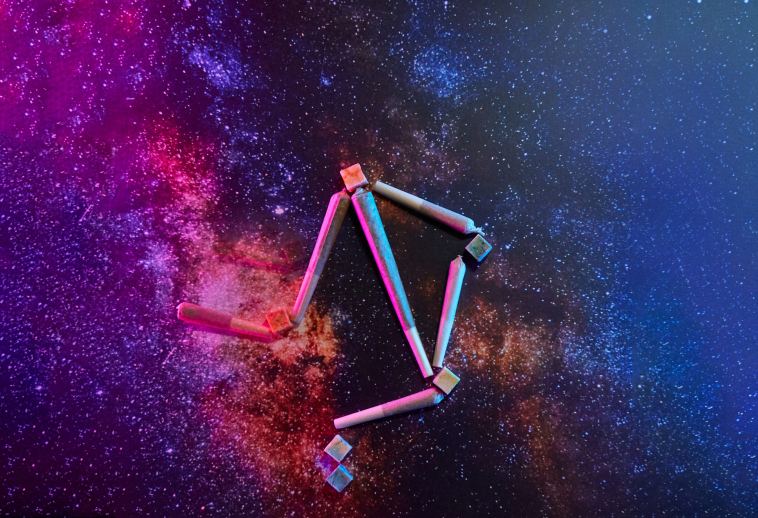 It’s well-known among astrologists that the most charming, talented, beautiful, and of course, humble of all the zodiac signs is the Libra. I am definitely not biased because I’m a Libra.

From September 22 to October 23, you too may be balancing feelings of delusion and narcissism with passivity and congeniality. That’s predictable Libra energy and an energy that cannabis can help you refine and utilize well past this most glorious of all zodiac seasons.

Navigate the cannabis universe with the Weedmaps app

Libras are represented by scales and are the only zodiac sign that’s not a thing but rather a concept: balance. And Libra is a cardinal sign, which means it heralds seasonal change with powerful transformative vibes. It’s also an air sign, which indicates intellect, creativity, and communication. Libras often end up in positions of celebrity or influence, so it’s likely you’re already in one’s orbit and/or low-key crushing on one. And who can blame you?

Any potheads in the mood to lean all the way in and drink some of that trademark navel-gazing, galaxy-brain brilliant, balance-seeking air sign juice might want to consider trying one of these Libra-approved cultivars to activate their own inner Libra. Take it from me, an actual Libra.

A fully realized Libra is aware that they must put their needs first since this air sign has a reputation for prioritizing the needs of others. So first things first, if you’re looking to emulate the enlightened Libra experience, start by spoiling yourself with a strain named for one of the most precious of metals: 24k Gold.

24k Gold is a cross of Kosher Kush and Tangie that reportedly delivers a smooth head high and a velvety body buzz. For consumers hoping to channel some of the stillness Libras are so well-known for weaponizing, this could be a great mood-lifting and body-soothing cultivar to explore.

Expect a bright citrus perfume and a commensurate exhale.

Libras are known for being present, social, creative, and blissful. If you’re not already a Libra, Blue Champagne might help you juggle those traits as gracefully as if you actually were.

For anyone who’d like to channel that powerful, creative aura as they lean into the more introverted, productive qualities of the season, Blue Champagne may be the perfect peppy hybrid for your autumnal stash box. It reportedly delivers a thoughtful, giggly head high that engages creativity and a fizzy body buzz that sustains focus.

Expect a fruity sweetness in the nose and a candy-pine exhale.

On the more manageable end of the THC spectrum is Royal Highness, a lower-potency hybrid with a reputation as a stellar daytime strain. Coming in at 13 – 15% THC on average, Royal Highness is a cross of the sativa-leaning hybrid Dance Hall and the 1:1 CBD:THC strain Respect. The resulting cultivar delivers a gently invigorating and easily managed buzz.

Consumers report head highs that feel uplifting and euphoric and body effects that, while perky, are relaxing enough to keep the whole experience from becoming manic. Expect an earthy, sweet perfume and a woody, botanical exhale.

Embrace your inner Libra by acknowledging that your humanity includes less than desirable traits and finding balance for those traits can be difficult. Tap into those feels with the aptly named Trash, a cross of Purple Trainwreck and Afghani Hash Plant that delivers contemplative effects and a nuanced body buzz that is both mollifying and a little energizing.

Bonus: Libras are notorious flirts. And because Trash has a strong reputation for arousal, a few puffs could allow you to perform your sexiest, flirty-Libra fantasies. Expect a lemon sweet perfume and a hashy, dank exhale.

Libra energy is aggressively charismatic, which frankly, is not universally enjoyable. And if Libra season is all about finding balance, then for some, that means blocking all those sunny waves of high-impact affability.

Emerald OG is a deeply tranquilizing cultivar bred from Fire OG and Emerald Diesel, and the resulting effects can be profoundly sedative in both the mind and body. So when the cool fall winds feel a bit too much and you’re exhausted from everyone around you, consider a few puffs of Emerald OG. It may just recalibrate and rebalance your Libra season experience as you become one with your couch, bed, yoga mat, or floor.

Expect a peppery, citrus funk in the nose and a spicy sweet exhale.

To truly indulge the Libra season experience, you should score at least one rare strain where no one can nail the origin — like, for example, Fucking Incredible. This mysterious, pure indica strain was bred from unknown origins by Vancouver Island Seed Co., and it certainly delivers a high potent enough to justify such an arrogant name.

Consumers report a smooth blossoming of physical effects and a cool bliss in the headspace. If Libra season is challenging you to balance public charm with private tranquility, consider being Fucking Incredible and just sleep the whole affair right off.

Expect a pungent skunk fragrance and a skunky, herbal exhale. 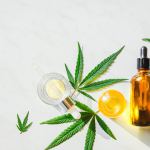 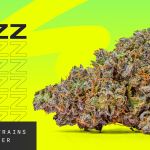