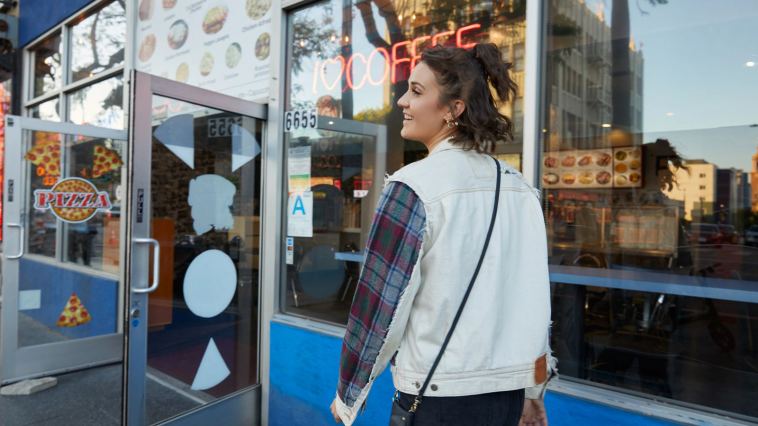 Sometimes I get high is a series about the activities you do or things you think about when you’re high, in deep detail, for the fun of it.

When I was little, I used to hide behind the couch in the downstairs room of our ramshackle house with stacks of books and snacks, and go adventuring as only a kid can. I lost myself in stories about intrepid travelers like Dido Twite, the heroine of Joan Aiken’s The Stolen Lake, a gruesome tale about an ancient queen who attained immortality by cannibalistic vampirism. I dreamed of joining a roving band of kids like Enid Blyton’s The Secret Seven, who were always going on treks with amazing-sounding provisions like clotted cream and ginger beer. I loved tracing maps of Narnia, Oz, and Middle-Earth.

Tucked behind the velvet maroon and mustard-yellow flowered sofa with a bowl of grapes dipped in sour cream and brown sugar (the most delectable snack ever), I felt like a bonafide globetrotter.

In my twenties, I got the best summer job I’ve ever had — working as a deckhand on a salmon tender in Southeast Alaska. One of my favorite parts of the job was taking a turn standing watch when we were underway. Huge paper nautical charts were spread out across the wheelhouse, marking rapids and rocks and thrilling secret coves. Occasionally the crew would get a day off, and we’d all pile into the skiff to explore a remote island. I collected bones and salmon teeth and sea glass to carry home to New York City, where I lined my studio apartment’s bookshelf with all my treasures.

When I moved to Los Angeles in 2016, the city overwhelmed me. Luckily, I was working for a cannabis media company, and an abundance of top-notch weed flowed through our offices. In the evenings, I got stoned and wandered through my new neighborhood, feeling more connected to the energy of the city night by night. It was June. Purple jacaranda and jasmine were in bloom, and there were animals everywhere — coyotes, possums, skunks, hawks, even a resident mountain lion in Griffith Park. Taking a dropperful of tincture or an edible and getting lost in the streets and canyons of LA tamped down my homesickness for the east coast.

My new life in California got a whole lot brighter when I met Mike Glazer. I was working a big weed event for the media biz. Mike was getting high with Snoop Dogg, meeting sloths, and generally doing cool, fun stuff. A coworker told me I needed to know this guy. She was right. Three years later, Mike and I get high and do cool, fun stuff a lot of the time. (Check out our podcast, Weed + Grub.)

Last year, Mike introduced me to something that perfectly dovetailed my love for maps, adventure, and weed: getting high and going geocaching.

Before Mike showed up at my place on a chilly October night with a fat joint in hand and an invitation to “come do something really fun with me,” the only thing I knew about geocaching was that it was for nerds. And, listen, I’m an absolute nerd — I rode a tricycle until I was eight, for god’s sake — but geocaching seemed too nerdy even for me. Maybe the Law & Order: SVU episode where geocachers found a dead body tainted my view. Something in Benson and Stabler’s contempt for the two dudes made me cringe. Geocaching was for internet forum geeks with money to blow on handheld GPS devices; people with too much time on their hands, and not enough friends. Or so I thought.

I was wrong. Geocaching is the greatest! Or, at least, geocaching when you’re high is the greatest. When Mike turned up on my stoop with a joint of whatever Haze-y deliciousness he’d rolled up, his eyes were all sparkly, and not just from the weed. “Come on, I wanna show you something,” he said, beckoning me out into the snappy-cold October night. I pulled on a hoodie and sneakers and followed the trail of smoke drifting behind him. We strolled amicably through the dark streets for a while, puffing, chatting, and cracking each other up. When we came to Melrose Ave., which was eerie in pandemic stillness, Mike pulled up an app on his phone. When I looked at his screen, I got a familiar happy tingle in my stomach — it was a map.

“It’s right around here,” he told me, with his signature Cheshire cat grin. “What was?” I asked. “Treasure,” he replied, and he began to disappear before my very eyes. Man, that was great weed. I took his phone. Geocaches around us were listed by size, type, difficulty, terrain. The indicator showed that we were basically on top of one. I felt like I was in Star Trek, beamed down to a new planet and trying to figure out what around me was a life form. Mike had already located the cache, so he stood back and watched me puzzle it over. The app had a couple of hints: this was an “attractive” geocache, and I was advised to “tie your shoe.” I circled a trash can. Nothing. I looked up and down a bus shelter ad for Cedars Sinai Hospital (“You’re the reason we’re getting through this”). Nada. I bent over to tie my shoe and made eye contact with a rat who was looking pretty stoked about his french fry dinner. I felt a kinship with him.

As the rat and I gazed at each other, something under the bus stop bench caught my eye. A magnetic key holder was under the seat. Magnetic … is attractive! This was it! I pulled the little box open. It was full of tiny treasures: a ring, a sticker, a weird little pig doodad — I felt like I’d discovered lost Inca gold. “Take something, leave something,” Mike said. I felt my pockets. I didn’t have anything with me except a pin from the weed brand Stone Road on my hoodie. “Is this ok?” Mike nodded. “More than ok.” I chose the weird little pig and replaced it with the pin.

And just like that, I was hooked. Now, Mike and I search all over the city for secret stashes when we’re stoned. Our greatest find was the tiniest one of all: a “nano” cache the size of a button, eight feet up the side of an electrical pole. It contained a minuscule scroll with initials and dates going back six or seven years. We whooped and hollered and danced around when we found that one. We found a lunch box full of neat little tchotchkes deep in the woods above Monterey, and a film canister full of trinkets in a neighbor’s garden. We’re trying to figure out how to get to a geocache at the bottom of a lake next.

Weed has always been my favorite way to reconnect my grown-up brain with my kid self. Geocaching is the perfect pastime to satisfy that kid’s love of treasure and adventure. It’s a magical, nerdy combination. Plus, now my pockets are always stocked with fun whatnots. And weed, of course.

Sometimes I get high and go geocaching originally appeared on Weedmaps.com 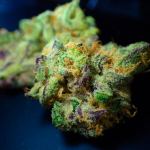 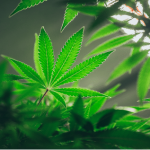