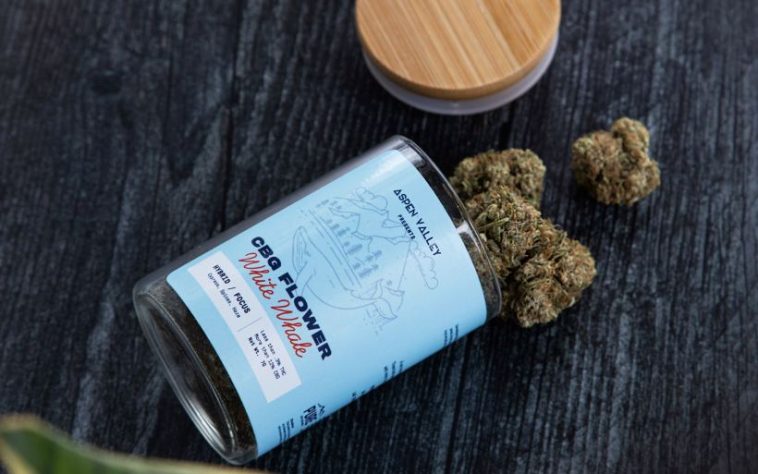 The THC-free cannabis market has exploded, and as companies have hopped on the trend, stores are saturated with CBD everything—tinctures, lotions, gummies, you name it. Some companies are in it for fast cash, so the quality of these products varies wildly. But for others, the renaissance of minor cannabinoids is a chance to get creative, not just to capitalize.

In a CBD market saturated with isolates and distillates, Aspen Valley Hemp Company has made it their mission to innovate with the whole plant and deliver smokable flower rich in cannabinoids, terpenes, and everything else we love about cannabis minus major amounts of THC. So, when other non-psychoactive cannabinoids like CBG started to rise in popularity, it was an opportunity to breed more new and exciting strains.

“CBG is the first strain that will pass compliance testing – during pre-harvest Department of Agriculture sampling and under the stringent total THC requirements after harvest – making it one of the only strains that can survive regulation if USDA testing guidelines stay the way they are currently set up,” explains Pure Exchange owner Dillon Gross. “Additionally, CBG brings you a much more unique cultivar. Not only unique compared to CBD strains, but to any cannabis product.”

Something new and different can be hard to come by for people who, for whatever reason, can’t use THC. Strains like White Whale are the first step to a non-psychoactive cannabis market that gives users strains they can be excited about—not just packaging.

“Minor cannabinoids allow us to explore what the cannabis plant can do on the whole, instead of just a get-you-high context,” says Gross.

Your standard cannabis plant is full of different cannabinoids, the most popular being THC and CBD. CBG is what’s called a minor cannabinoid—most cannabis strains contain less than 1 percent of it. Chemically, it’s the precursor to THC and CBD, breaking down into the other cannabinoids when exposed to ultraviolet light or heat.

Because of this, a strain with high levels of CBG is going to mean less THC or CBD. But CBG has its own draw. Users report that it’s similar to CBD for relaxation, and Gross notes that it’s a great way to wind down at the end of the day or get ready for bed. Its unique makeup opens up even more opportunities for cannabis lovers who want to catch some sleep without risking paranoia or anxiety from an intoxicating strain.

While it’s being studied for all its potential benefits, right now, it’s just exciting to explore.

“We’re trying to present an alternative for people who enjoy cannabis, but can’t be high all the time,” says Gross. “It’s a new and interesting option. You have an alternative to psychoactive cannabis with CBD, and this is a variation.”

Ushering cannabinoid genetics into the future

Aspen Valley Hemp Company predicts that the industry will expand in the direction of minor cannabinoids, and we’ll all start learning more about the multifaceted cannabis plant in greater detail – growing our collective knowledge. While it might be a ways off, Gross knows that day is coming.

“It’s going to take a fairly significant amount of time to have the same diversity amongst CBG products or other cannabinoids, but I think soon we’ll see more of an alternative cannabinoid industry in comparison to just a CBD industry,” he says. “CBD was the tip of the iceberg. CBG is next. Then we’ll see more as genetics advance. We’re working on it at least.” 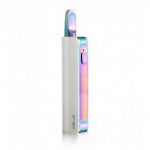 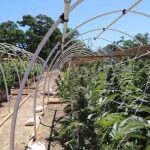