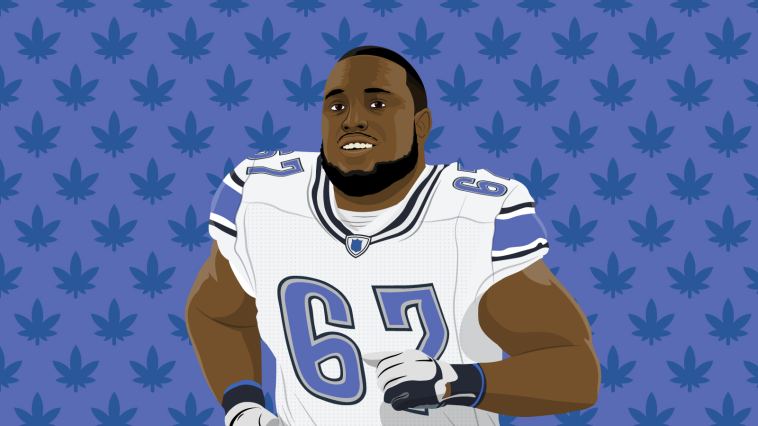 Rob Sims played nine seasons in the NFL as an offensive lineman, the first four years with the Seattle Seahawks and the last five with the Detroit Lions. Sims was a fourth-round pick in the 2006 NFL Draft out of Ohio State University and wound up playing in 125 games, starting in 114 as a left guard before retiring in 2014.

During his days in Detroit, Sims was also teammates with Calvin Johnson, the Hall of Famer who was arguably the best wide receiver of his generation. Sims and Johnson grew close during their time in Michigan, and after “Megatron” retired in 2015, the two linked up for a cannabis-focused project for the second act of their careers. The former teammates have teamed up to preside over Primitiv, which brands itself as a “cannabis research company dedicated to compassionately serving medical marijuana patients throughout the United States.”

The power pairing’s company has a product, retail, dispensary, and merchandise line headquartered from the company’s 12,000-square-foot cultivation facility in Webberville, Michigan, but it’s also looking to make a difference with wellness, as well as research to help treat chronic traumatic encephalopathy (CTE) and cancer through institutions such as Harvard University.

A secret cannabis culture in the NFL

“Similar to the NFL, I feel like the industry and the opportunity in cannabis found me,” Sims told Weedmaps News in an interview. “I was using cannabis while I was playing to help me with pain and anxiety. The NFL is a very demanding job. I thought it was a safer alternative than prescribed medicine with opioids and muscle relaxers, stuff that I really didn’t know much about. I didn’t see guys having pleasant experiences with that. There was an opioid epidemic breaking out [in the NFL].

“Any team that I have been on, whether it be college or professional, there have been a handful of guys that use cannabis instead of opioids. There has been a secret cannabis culture in the NFL all along that is finally getting an opportunity to be in the forefront. We can now have real dialogue and conversation around it. For us at Primitiv, we focus ourselves on building the most cleanest and responsible brand that could be championing the NFL when they get to the point [of cannabis adoption].”

Sims opted for the power of the plant instead of opioids to manage pain after he tore a pectoral muscle off the bone in 2008. Although he used cannabis, he was never disciplined for any cannabis-related infractions.

“I had a choice between medicine and cannabis, and I chose cannabis and haven’t looked back since,” he said. “My wife, Natalie, suffered from Crohn’s disease, and I was able to medicate her with cannabis as well. [Using cannabis] has become a piece of our lives, and our appreciation for the plant has led to business.”

Sims and Johnson played five years together for the Lions and made two playoff appearances. Sims was a 16-game starter during his entire tenure in Detroit, and he grew close to Johnson as the wide receiver re-wrote the record books.

“Calvin has always been that humble guy in the locker room,” said Sims. “I gravitated to him from day one because of how he went about his business. I knew what kind of guy he was. I knew his football ways would translate into business – as far as perseverance and going for excellence. Just putting good days on top of good days. We’ve been in business now together for over four years, and it’s been a great ride. The future is bright for us.”

Sims’ father, Robert Anderson “Mickey” Sims, was also a player in the NFL. Being a second-generation NFL athlete, he was always interested in securing his second act in life once his playing career was over. After a business run in real estate, Sims said Primitiv now satiates his entrepreneurial appetite.

Changing the narrative around cannabis use

“Looking around, I saw a lot of guys that didn’t have a plan, and I was one of them. As players, we’re conditioned to follow a plan rather than make one,” said Sims. “Primitiv is a brand focused on not just getting high. We have used our playing days and how we’ve been able to take care of our bodies and inject that message into our business where we have a pure and authentic story to tell. That goes not only toward our business but our internal customers and team as well. We’re not just in the wellness game, but the quality of life. We put ourselves in the right places with the right people.

“Our thing is, ‘how do you change the stigma around cannabis and legitimize the industry?’

A lot of our education is based on our research efforts. You have a lot of folks out there selling, growing, and processing cannabis. At the consumer level, there are a lot of people that know it works for them, but we don’t know scientifically why it works for them. We want to be able to uncover that and show the public to get our message out to more people.”

Primitiv partnered with the International Phytomedicines and Medical Cannabis Institute at Harvard University in 2019 to research the benefits of the plant and to look at the best ways to deliver cannabis-based medicines to cancer cells in patients.

The research is headed by Wilfred Ngwa, a cancer researcher who’s been working with Harvard University and Johns Hopkins Medicine.

Primitiv also wants to play a pivotal part in treating the neurodegenerative CTE, a debilitating condition that research shows is becoming prevalent among football players.

“We think of ourselves as savvy businessmen, but we have a long way to go on the research side of it,” Sims said. “In order to bring our medicine to Harvard, we can put the best product forward.”

When they’re not harvesting close to 100 pounds (45.4 kilograms) of flower a week that reach Michigan dispensaries in Lansing and Niles, Sims and Johnson are also ambassadors for the Last Prisoner Project, a criminal justice reform group for cannabis-related offenses.

“These kinds of initiatives are really important for us,” Sims said. “We as minorities and African-Americans have a duty to stand for social equity, and part of our mission is to help the folks who have been incarcerated [due to cannabis use].”

Cannabis was not legal for adult use in Michigan until the law was reversed in 2018.

Fast forward four years later, and the cannabis culture in Detroit appears to be blazing hot. Michigan native and basketball great Chris Webber was part of a $50 million investment to build a 180,000-square-foot cannabis conservatory on the old General Motors factory grounds in southwest Detroit in September 2021.

Sims says their focus over the next year is to focus on product research studied across a variety of academic institutions including Johns Hopkins University and make the cannabis that’s being studied accessible to the masses.

“Our brand is growing great traction in Michigan. But our story isn’t fully told yet. We’re still a young company. With the relationships we’re able to build, it brings more relationships to us. We have many doors that are opening,” said Sims.

“We’ve had our chance with fame and fortune. Now we’re just happy to serve people. We’re for real. We’re not a gimmick. We’re not here today and gone tomorrow. We’re here for the long haul.” 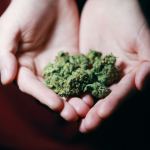 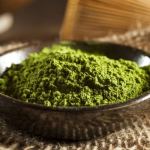