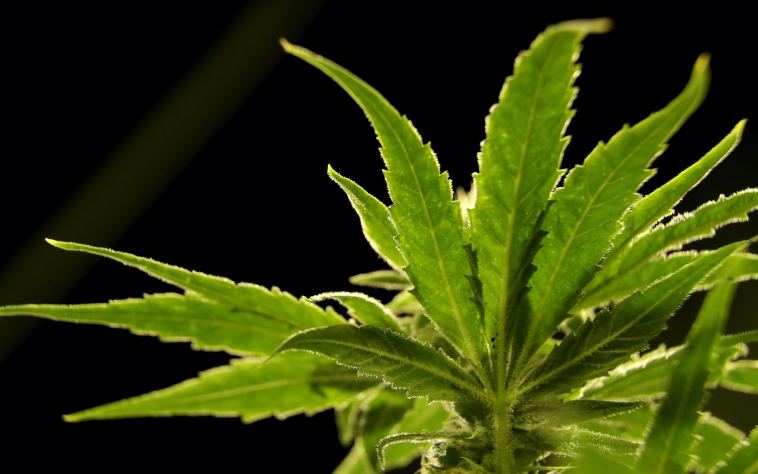 Earlier today New Jersey Gov. Phil Murphy signed into law a package of bills that create the rules and regulations regarding the state’s legal cannabis industry. The new laws follow last November’s statewide vote to legalize cannabis for all adults.

Reading and understanding the new rules, which run to hundreds of pages, is tough sledding. The package includes three separate bills. One sets up a new legalization regime, the other two reform the state’s enormous drug control apparatus. They are:

The details are summarized below. For a full guide to cannabis laws in New Jersey, see Leafly’s guide to marijuana in New Jersey.

Shop cannabis deals near you on Leafly 💸

I thought New Jersey already legalized. So what’s this?

In Nov. 2020, New Jersey residents voted overwhelmingly to legalize the sale and consumption of cannabis for all adults. But the details of legalization were left up to state legislators. This new batch of bills, which are now law, spells out those details.

Is it legal to possess cannabis right now?

Yes. The New Jersey Marijuana Legalization Amendment (S2703/A4497), passed by voters in Nov. 2020, amended the state constitution to legalize the recreational use of marijuana for adults age 21 and older. It also legalizes the cultivation, processing, and sale of retail cannabis. The constitutional amendment took effect on January 1, 2021.

How much can I legally possess?

This is the critical question in New Jersey, which under the new law has established the nation’s first differentiated sell-and-possess limits.

State-licensed cannabis stores will be able to sell up to one ounce of cannabis per customer. But individual adults may possess up to six ounces legally.

The new law says that “possession of six ounces or less of marijuana, including any adulterants or dilutants, or five grams or less of cannabis resin, is not subject to any punishment, as this possession is not a crime, offense, act of delinquency, or civil violation of law.”

You can also gift another adult 21 years of age or older up to one ounce.

Note that the law specifies six ounces of flower or five grams of resin—not both. Watch your possession limits, New Jersey.

What about my job/business?

Employers can drug-test pre-employment, or on the job with reasonable suspicion, or at random: “No employer shall refuse to hire or employ any person or shall discharge from employment or take any adverse action against any employee with respect to compensation, terms, conditions, or other privileges of employment because that person does or does not smoke, vape, aerosolize or otherwise use cannabis items..”

Can I grow a little weed in New Jersey?

Nope—The Garden State has banned personal adult-use cannabis gardening. “Cultivation” requires a license and is for commercial uses only. Anyone growing their own is committing the crime of marijuana “manufacture.” There is a series of graduated criminal charges associated with growing, based on weight.

The New Jersey code 2C:35-5. Manufacturing, Distributing or Dispensing reads: “… it shall be unlawful for any person knowingly or purposely: To manufacture, … a controlled dangerous substance … with respect to …  [Marijuana] in a quantity of less than one ounce … is guilty of a crime of the fourth degree.” Penalties start at a written warning for being caught with a baby plant weighing under 1 ounce. Penalties go up from there: greater than 1 ounce is a 3rd-degree crime; etc.

Are my bongs and dab rigs legal?

Yes. Paraphernalia related to cannabis is legal under New Jersey law. The new regulations keep other drug paraphernalia (interpret that as you will) illegal, but introduces a cannabis exception: “other than when used, or possessed with intent to use, for ingesting, inhaling, or otherwise introducing marijuana or hashish into the human body.”

Can cops search my car based on the smell of weed?

No. The smell of cannabis is no longer a legal probable cause for a law enforcement officer to search a person, automobile, or residence.

Can my landlord prevent me from smoking weed in my building?

Yes. When you own the building, you get to set the rules.

The new law states that “the smoking, vaping, or aerosolizing of marijuana or hashish may be prohibited or otherwise regulated on or in any property by the person or entity that owns or controls that property.”

Am I breaking probation or bail by smoking a little weed?

Not anymore. The new law explicitly states that most people on pre-trial release can enjoy legal cannabis just like all adults: “The court’s order shall not refrain the eligible defendant from using marijuana or hashish.”

On the back end of prison, probationers are no longer at risk for getting popped for a dirty pee test. This is good, because that’s how a lot of people go back in.

The new law states: “The member or board panel certifying parole release shall not impose on any parolee any condition that would prohibit or restrict … the presence of any cannabinoid metabolites in any bodily fluids of the person.”

When will adult-use cannabis stores open in New Jersey?

In truth, it may be a little longer. The state Cannabis Regulatory Commission must be appointed and get the entire industry’s regulatory system up and running before adult-use stores open. And that takes time.

Who will regulate the industry?

The new laws establish a state Cannabis Regulatory Commission, which will regulate the industry and administer new and revised rules and procedures.

Will edibles be allowed?

Yes. Like most other legal states, New Jersey will cap total dose per package at 100mg THC, and the edible in each package must be demarcated into 10mg THC portions.

How many stores will there be?

It’s going to depend on what the Cannabis Regulatory Commission licenses. There’s no hard cap.

Who will get licenses?

What’s the landscape for cannabis entrepreneurs?

How many growers will there be?

Not many. The new law caps the number of state-licensed cannabis growers at 37 through early 2023. Those 37 include the 12 existing medical marijuana growers, so it’s expected that thousands of applicants will vie for one of only 25 new cannabis growing licenses.

Will cannabis products be taxed?

The voter-approved amendment prohibits a specific marijuana excise tax. The sale of adult-use cannabis will be subject to the normal state sales tax of 6.625%.

The state Legislature could allow local governments to add an additional 2% sales tax if they want. And the Cannabis Regulatory Commission may institute a social equity excise tax at the cultivation level if it so chooses.

Where will cannabis tax revenue go?

New Jersey’s law enacts one of the nation’s most progressive reinvestment systems when it comes to cannabis.

If there is a social equity excise tax at the cultivation level, 100% of that revenue will go toward social justice programs in communities that have borne the brunt of the unjust, racially discriminatory drug war.

Regarding state sales tax revenue from cannabis sales, 70% will go to repairing the damage done by the war on drugs. The remaining 30% will support the state’s cannabis regulatory agency and infrastructure.

Will cannabis lounges be legal?

Yes, state law defines them as a “consumption area.”

How much will the state save by not arresting people for marijuana?

The Legislature estimates that New Jersey spends approximately $127 million per year on marijuana possession enforcement costs. That money will no longer be wasted.

What is an “impact zone”?

Impact Zones are the first criteria for priority licensing. These are communities that have borne the discriminatory brunt of the drug war, and will be eligible to receive a portion of the state’s cannabis tax revenue.

They are defined by population size, marijuana arrests in 2019, crime index, and other factors detailed in the new law.

Will locals get first shot at licenses? 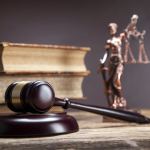 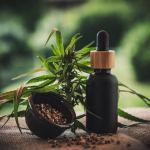