Imagine an enemy army on horseback heading in your direction, shooting hundreds of poison-tipped arrows into the sky, launching javelins, wielding iron blades, and slinging bullets made of lead. If you’re lucky enough to survive the first onslaught, a silent lasso is likely to pull your feet from under you, the impact of the fall knocking your breath away as your killer swiftly approaches. The last thing you see are her tattooed arms reaching up as she lands the pointed end of her battle axe into your skull.

This is what it was like to face the Scythian [SITH-y-an] women warriors, or Amazons, who roamed the expanse of land from the western Black Sea to the Central Asian mountains from about 600 BCE to 400 CE.

While scholars once believed the Amazons were pure myth, recent archeological findings of burial mounds, called kurgans, have backed up Greek, Persian, and Chinese accounts of fearsome bands of nomadic women. And along with weapons, gold, and sacrificed horses, skeletons of these warrior women were buried with personal cannabis-burning kits.

The Scythians, both men and women, were expert horse riders, archers, hunters, herders, and raiders. Their fluid, nomadic lifestyle meant boys and girls were raised equally, with an early focus on horsemanship and weaponry.

The ancient Greeks were both fascinated and terrified by the Scythians, describing their interactions (via trade or war) in astonishing detail through art and written record. They called Scythian women “Amazons,” whom Stanford University historian and author Adrienne Mayor says behaved just like Greek men in their physical aptitude, freedom to roam, and choice of sexual partners, “causing the Greeks to feel awe, fear and respect.”

Getting high under the big sky

Two and a half thousand years ago, Greek historian Herodotus documented what he called a Scythian vapor bath: felt tipis constructed over braziers—like little cauldrons to contain burning objects—filled with red-hot rocks that Scythians threw “kannabis” onto before heading inside. An ancient hotbox, if you will: “These seeds smolder and smoke and send forth great clouds of steam. The Scythians howl with joy, awed and elated by their vapor-bath,” he wrote.

Historian Mayor says archeological findings have confirmed equipment for making felt tipis, about four feet in height, along with intact braziers with cannabis residue and burnt seeds found inside. More recovered braziers, or cannabis-burning kits, were found in China’s Pamir Mountains, while residue from burnt cannabis has been found in archeological sites across ancient Scythian territory as far west as Romania.

In a later passage, Herodotus described an “intoxicating fruit” the Scythians threw onto campfires when in larger groups: “As it burns, the people inhale the fumes and become intoxicated, just as Greeks become inebriated with wine… They keep adding more to the fire and become even more intoxicated and dance and sing around the fire.”

A people who spent their lives fighting, raiding, and riding the open plains, they used their downtime to smoke weed and chill. Mayor agrees cannabis was most likely used for recreation and relaxation, as there is no evidence it was used before battle. She adds it also could have been useful for pain management.

In her book The Amazons: Lives of Warrior Women Across the Ancient Lands, Mayor describes some of the injuries found on female Scythian skeletons: healed-over fractures consistent with falls from horses, blunt-force skull fractures, slashed ribs, embedded arrows, stab wounds by daggers, and fractures from punching enemies and blocking hits.

Given the likelihood of injury for the average Scythian, and prevalence of cannabis use, she says it’s safe to assume the plant was used to alleviate battle wounds in addition to arthritis and other injuries.

In 1993, the mummified body of an elaborately tattooed woman was found in a kurgan high in the Altai Mountains. Dubbed “Princess Ukok” or the “Siberian Ice Princess,” her 2,500-year-old remains were scanned with an MRI, revealing she had suffered from acute breast cancer. She was buried with a container of cannabis and a personal burning kit, leading researchers at the time to speculate she used cannabis to treat her cancer.

However, well-worn burning kits have been discovered among other Scythian burial sites in the area—with both men and women—which Mayor reiterates means cannabis was part of everyday life, not just for disease management.

Wrote Herodotus: “A plant called kannabis grows in Scythia, similar to flax but much thicker and taller. It is wild in Scythia but the Thracians cultivate this kannabis and weave garments from it that are just like linen.”

Easily grown across the Eurasian steppes, hemp pollen, fiber, and textiles have been found in ancient sites from the Black Sea to China. “Hemp was prized for the flax-like fiber that can be plaited into twine or rope, and also woven into textiles for clothing. So Scythian women probably used hemp to make lariats, useful every day with herding their horses but also as a weapon,” says Mayor.

The lariat—or lasso—associated with fictional Amazonian Wonder Woman, was likely borrowed from ancient Greek art. “Scythian women were notorious for their use of lassos in battle,” confirms Mayor. On horseback, a lasso takes advantage of a horse’s strength to both incapacitate the enemy and bring them to the ground within seconds and, if necessary, drag them to death. Slingshots would also have been made from hemp or wool, making pebbles or fashioned bullets just as harmful as arrows.

Ancient Scythia was not a singular nation, but a collective of nomadic tribes who shared similar languages and culture. Dozens of nationalities now lay claim to the lands these fearsome men and women once roamed, warred, and smoked their cannabis. In effect, the soul of the Amazon could be in more of us than we realize.

For these ancient warrior women, cannabis was a part of everyday life originally appeared on Leafly.com 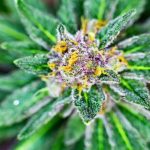 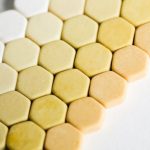