Medical or adult use?

What the Nebraska Medical Cannabis Constitutional Amendment would do

The ballot measure would permit individuals 18 years or older (and minors, too, with a parent of guardian’s consent) to obtain a recommendation from a physician or nurse practitioner for the use of medical cannabis to treat a serious medical condition.

The proposed amendment to the state constitution would legalize the sale and use of medical marijuana, and authorize the state government to develop laws, rules, and regulations to govern the industry.

What the latest polls say

A Feb. 2017 poll found that 77% of eligible Nebraska voters were in favor of legalizing medical marijuana for patients with serious or debilitating conditions (Fairbank/MPP poll).

Yes, but details are sparse at this time. The initiative states: “This subsection shall not prevent the expeditious licensing and reasonable regulation of [growers, manufacturers, etc]. Such regulation and licensing shall not impose an undue burden on the ability of individuals authorized to use cannabis as provided in this section to access the type and quantity of cannabis, cannabis products, and cannabis-related equipment they need.

Would medical marijuana be taxed?

According to the Marijuana Policy Project, this is the state of affairs in the Corn Husker state:

Read more about Nebraska on Leafly: 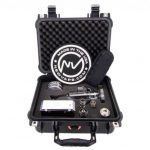