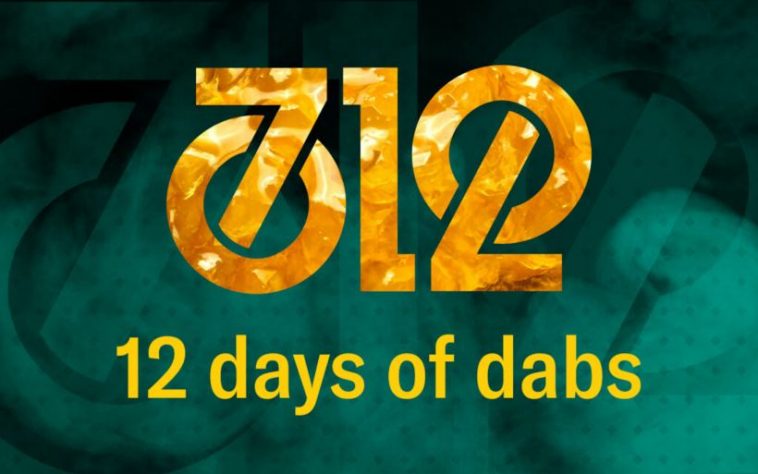 Leafly celebrates OIL Day on 7/10, this year with a 12-day salute to popular types of cannabis extracts.

offee has espresso. Beer has whiskey. And cannabis has concentrates.

Tens of millions of cannabis lovers are spending billions of dollars per year on legal marijuana extracts in North America in 2020. Extracts give consumers options beyond simple flower buds.

Surging in popularity are extracts like wax, rosin, and live resin, as well as vaporizer cartridges and edibles. Concentrates enable tinctures, topicals, inhalers—the sky is the limit.

Extracts are so popular, they have their own holiday. While everyone knows 420, the 7/10 Oil Day holiday has surged in recent years as well.

“It’s a monumental holiday,” said Bradley Melshenker, founder of leading hashmaker 710 Labs of Colorado and California. “When I started seeing 710 years ago, I didn’t know what it was. A highway? An area code? And then I realized it was ‘oil’ spelled upside-down. And it was also my birthday, so I said, ‘Let’s just call this company ‘710 Labs.’ It’s been a fun ride.”

Dust off your high school organic chemistry skills, and join us on this mind-bending journey beyond buds. First up: oil!

Found most often in vaporizer cartridges, “oil” is a generic term for a wide variety of cannabis extracts with the viscosity and consistency of a thick plant oil. It’s often used in the term “butane hash oil,” or BHO.

Oil extracts are prevalent because they can be made at industrial scales. Think of the metric tons of CBD oil made through CO2 extraction, or the famed Rick Simpson Oil—a high-THC extract made using ethanol.

Oil can be a starting point, or an endpoint for a cannabis product, said Beyond Buds, Next Generation contributing author Greg Zeman. Zeman compares the manifold types of cannabis extracts to all the different types of candy that come from playing with sugar and heat.

“If you up your temperature or lower your pressure, there’s so many different textures and viscosities you can pull out of an oleoresin—from hard crystals to light translucent ghee butter,” said Zeman.

Cannabis oil can be low quality and inexpensive, all the way up to extremely high quality, pure, award-winning stuff like The Clear‘s “Lobster Butter” distillate, which comes back this 710 in all seven Connected Cannabis Co. locations in California. Since quality can vary, be sure to buy licensed, tested cannabis oils only.

Wax on dab off. (Leafly)

Wax looks and feels waxy. It’s pliable, white gold to gold in color, and often BHO (made with butane). It’s a staple in legal stores, where customers take it home to sprinkle on flower bowls or use with dab rigs. Just a tiny amount (a dab) is all you need to get very high. Wax also pairs with battery-powered, reloadable wax pens and e-rigs like the Puffco Peak. Unfortunately, illicit operators make a lot of unsafe wax as well.

“It’s easy to make, man,” said Greg Zeman, author of Beyond Buds, Next Generation. There’s a wide range of wax qualities and purities, so buy tested, legal, and reputable.

Zeman said many connoisseurs now prefer de-waxed extracts—removing waxes, fats, and lipids reduces harshness and harmful byproducts of burning wax. Wax also gets outshined by budder, Zeman said, but “can still be a good thing, if you let it purge correct and if you give it enough time.

Most often called “bubble hash” for the oily cannabis bubbles formed during the manufacturing process, it’s cheap and easy to make but can be extremely refined and very expensive.

High-end bubble hash quality is often measured in microns—like 90μ or 90-micron bubble hash—meaning hash filtered through a screen that is just 90 microns wide. Bubble hash can be heat-pressed into balls or patties for long-term transport, storage, or just personal preference.

Dry-sieving cannabis to make hash is hundreds of years old in India, but wet-sieving is synonymous with popularizer Mila Jansen and Marcus “Bubbleman” Richardson from the 1990s.

Butane hash oil briefly eclipsed bubble hash by 2012. “You had this separation in these camps—the solvent vs. the water extractors. But both sides sharpened each other up,” said Greg Zeman, contributing author to the 2018 reference book Beyond Buds, Next Generation.

Today, “bubble hash is in a renaissance,” Zeman said.

Next-level water hashmakers like Feeling Frosty will use fresh-frozen material and work in freezer rooms doing labor-intensive, low-yield, manual washes, and then press the resin heads into shelf-stable rosin.

With bubble hash, “the terps are on-point,” said Zeman. “It’s all about the resin head—it doesn’t have to be that complicated.” 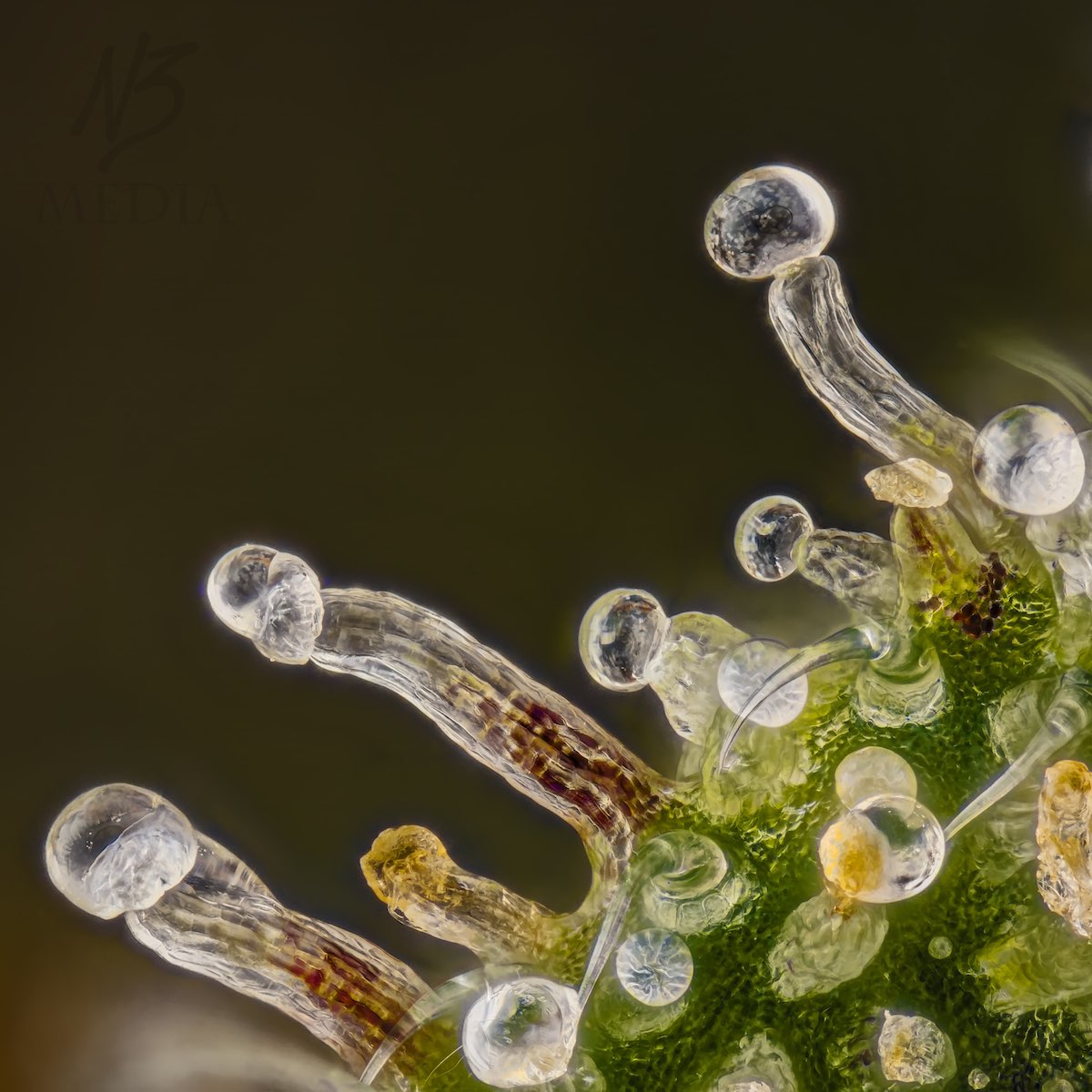 710 Labs’ Brad Melshenker said his personal favorite is pure water hash consisting of just unadulterated trichomes. “Hitting it too hot will ruin it, but if you hit it at low temperatures, it’s the most flavorful, best body high you can get.”

Oakland, CA hashmaker and teacher The Dank Dutchess prefers bubble hash pressed and heated to decarboxylation, then aged; like the OGs did.

“It’s just the best—really. There is nothing that will hit you as hard as pressed hash,” The Dank Dutchess said.

The hottest dab in extracts in 2020—rosin—is made without any volatile chemicals, requiring just heat and enormous pressure on flower buds.

Squishing buds this way produces a translucent, potent, terpy, sappy resin that can be various colors: dark green for low-quality resin, all the way up to a whitish creamy gold in color.

Rosin is squashed in large quantities by leading manufacturers, or can be made at home with a hair straightener and parchment paper. Furthermore, the pure trichome heads from a bubble hash run can be pressed into a form of rosin that’s extremely terpene-rich, pure, and potent.

Feeling Frosty of California touts their cold-cured hash rosin STR8 organics X F/ELD Papaya rosin badder, which is made from washed trichome heads and is shelf-stable at room temperature for weeks, unlike many rosins, which you want to keep cold.

Popular since 2016, rosins surged farther in 2019, as connoisseurs backed away from problematic BHO products, like THC distillate cut with additives and thickeners.

“You can taste the strain and the effect is way more full-body than distillate,” he said.

Revolutionizing the hash game in a matter of years, live resin is a very popular oil-like extract made with cannabis that is freshly frozen at harvest, instead of dried and cured for weeks.

“Most BHO now is live resin,” said Greg Zeman. “The cat’s out of the bag—it’s not that hard to make. With the mystique removed, people can just see basic economics. It makes good sense.”

You can find live resins across the country, from Raw Garden’s grams and cartridges in California to Michigan’s live resins.

Freshly cut cannabis plants have very delicate terpenes that will evaporate at room temperature and are mostly lost during 10-14 days of traditional drying and curing. Freezing and blasting that plant matter captures all those terps, resulting in smells and tastes that mirror walking through a ripe field of cannabis.

Shop live resin carts near you in Leafly’s concentrate marketplace.

Celebrate 710 with 12 days of dabs, wax, and hash originally appeared on Leafly.com 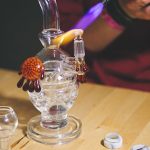 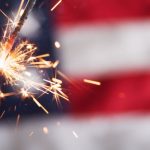