Canada’s first wave of private cannabis stores was dominated by retail spaces designed to mimic the Apple store, with iPads on gleaming white countertops to scroll through product selections.

“You were going to have people who had never been cannabis consumers before giving up Pinot Grigio for Pink Kush,” said Darren Karasiuk, the CEO of Nova Cannabis.

There were stores designed for the aspirational consumer—warm wood accents, greenery and scented candles, similar to yoga studios and spas.

How low can they go?

The Edmonton-based company owns and operates all 71 Value Buds stores in Alberta and Ontario, which are designed for high-volume, knowledgeable cannabis shoppers who know what they’re looking for.

Leaning on the resources and strategies of major investor Alcanna, a private liquor retailer in Alberta, Value Buds stores are selling ounces (28 g) of dried flower at prices as low as $56.57 before tax.

“If we have a lot of players doing it, then we’re kind of creating a race to the bottom. And that is a really, really hard place to be in,”

“There is a spot in the marketplace for the premium consumer, but it’s not nearly the size of the value-focused customer,” he says, noting that according to Statistics Canada, 35.4% of cannabis consumers said they still bought from an unregulated source in 2020.

“We’re building our strategy based on the current customer and there is still a lot of room to grow here on the unregulated side of things.”

According to a report by Deloitte published in early November, pricing has emerged as one of the most important factors to cannabis shoppers. Around 34% of respondents said price was the “leading influencer of product choice”, citing data from the latest BDSA Consumer Insights Survey,

“In 2021, average prices continued to decline in most categories due to increased competition and excess supply of inventory relative to sales. [Which] led to a much wider range of price tiers, both low and high,” explains Sid Hathiramani, partner of risk advisory, Deloitte Canada.

It is difficult to know when cannabis product pricing with level out. Hathiramani explains to Leafly that in states like Colorado and Oregon, there was also rapid price compression due to oversupply. In those cases, there were gradual price increases as competition normalized and consumers began to recognize the value in more premium products.

“We expect a similar trend in Canada, although over a longer time period as the licensing and distribution regulatory framework creates a more gradual entry of new suppliers and products to market,” says Hathiramani.

The hidden cost of low prices

Price is also one of the few differentiators retailers and brands have to play within the tightly regulated market, where stores largely carry the same products obtained via provincial wholesalers.

“Where retailers can be competitive is limited and price becomes a really attractive strategy,” said Krista Raymer, a cannabis retail strategist and co-founder of Vetrina Group, in a phone call.

“If we have a lot of players doing it, then we’re kind of creating a race to the bottom. And that is a really, really hard place to be in. If we’re not generating revenue from other areas of the business because we have such tight margins to begin with.”

One way to keep prices low is the white label strategy, she said — repackaging and selling cannabis from undisclosed sources at a discounted price. But with profit margins already so slim, the pressure is on to make up that revenue in other areas of the business, either with lower operating costs or higher prices in other product categories in the store, such as premium or craft products.

According to Jennawae McLean, the founder and CEO of Kingston, Ontario’s independently owned Calyx + Trichomes cannabis store and the executive director of NORML Canada, prices were far too high at the beginning of adult-use legalization.

She was glad to see prices come down—to a point.

She said she suspects the majority of the store’s customers don’t care if employees are paid well or not, but that the customer experience is vastly improved because of those higher operating costs associated with employee training and retention.

Cannabis reward clubs are on the rise

High Tide is the latest player to join the race, this time through a discount club concept. In October, the company announced that Cabana Club memberships would be available in all 101 of its retail stores in Manitoba, Saskatchewan, Alberta and Ontario.

CEO Raj Grover said there are currently 270,000 members enrolled in the Cabana Club who take advantage of lower prices among in-house brands and accessories. Currently, there is no fee to enroll like there is for parallel businesses like Costco, but that may change in the future.

The company also hopes to chip away at the unregulated market, which Grover said is estimated to be valued at about $3 billion in Canada. The report by Deloitte also noted the growth opportunity remaining in the illicit market, saying that “…70% of respondents who shop the illicit market stated that better or lower pricing was a key reason they turned to that market.”

Grover said he hopes to introduce the model to the US when Canadian-owned companies are able to enter the market. “When US opens up,” he said, “I can’t wait to introduce this concept in the United States.”

Cannabis prices: Are we in a race to the bottom? originally appeared on Leafly.com 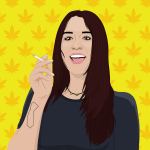 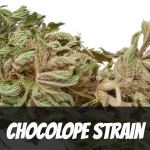