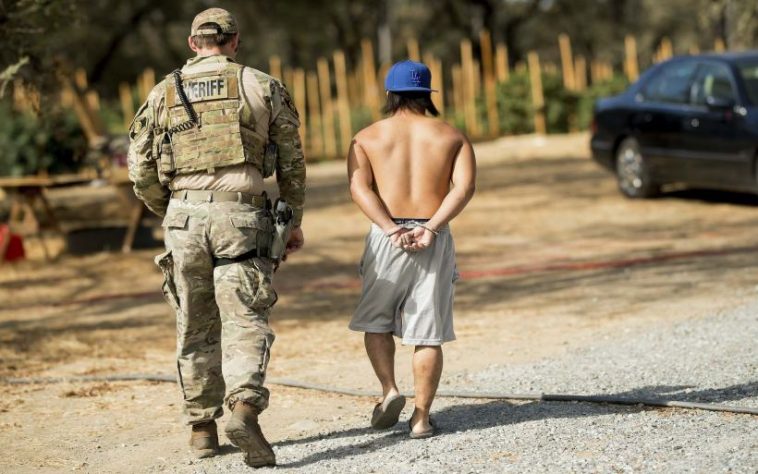 FILE – In this Sept. 29, 2017 file photo, a sheriff’s deputy arrests a man for allegedly cultivating marijuana in unincorporated Calaveras County, Calif. Arrest data released by the California Dept. of Justice show there were 1,181 felony marijuana arrests in California in 2019, down 27% from 2018, of 1,617 arrests and the lowest number since 1954. (AP Photo/Noah Berger,File)

LOS ANGELES (AP) — The number of felony marijuana arrests in California continued to decline in 2019 in the age of legalization, but another trend remained unchanged: those arrests fell disproportionately on Hispanics and Blacks, state data showed.

The California Department of Justice, in an annual snapshot of crime rates in the nation’s most populous state released earlier this month, said there were 1,181 felony cannabis arrests last year, down from 1,617 in 2018, the first year of broad legalization. That represents a 27% decline.

According to a breakdown of demographic data, Hispanics accounted for nearly 42% of those arrests, followed by Blacks, at 22%, with whites at 21%. Other groups accounted for the remainder.

The overall number of arrests declined last year, but “the harassment went up,” Donnie Anderson, co-founder of the cannabis trade group California Minority Alliance, said in an email.

Ellen Komp, deputy director of the California arm of the National Organization for the Reform of Marijuana Laws, known as NORML, said Thursday the figures point to the difficulty many Hispanic and Black growers and sellers have had entering the legal market, which comes with hefty investment costs, taxes and regulatory fees.

The percentage of Black and Hispanic arrests “is troubling, especially now that we’ve legalized it,” Komp said. “It’s legal if you have the venture capital to open up on Main Street.”

Racial disparities remain in the system

The report did not include a breakdown of the charges, but they could include such violations as unlicensed cultivation and sales of marijuana, or sales to a minor.

California broadly legalized marijuana in January 2018, after voters approved the move in 2016. In general, California treats cannabis like alcohol, allowing people 21 and older to legally possess up to an ounce and grow six marijuana plants at home. Shops, cultivation and manufacturing in the legal market must be licensed by the state.

However, robust illegal sales, free of hefty taxes that can approach 50% in some communities, continue to outpace the legal market.

Law enforcement has long been criticized for disproportionate marijuana arrest rates for people of color. A study earlier this year by the American Civil Liberties Union found that nationwide, Black people are 3.6 times more likely than white people to be arrested for marijuana, despite similar usage rates. 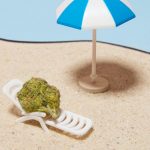