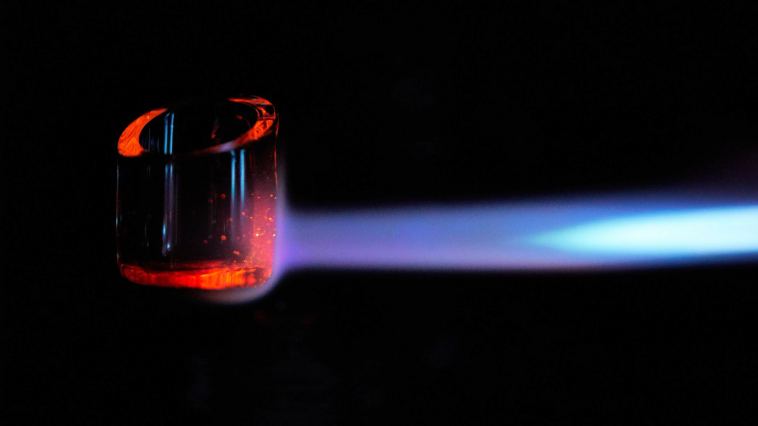 The dab market is far and away the wildest corner of the weed world. From high-tech devices to crystalline extracts, innovation moves at a frantic pace, churning out futuristic products and new forms of concentrates at warp speed. Amidst the race to create the perfect dab, it’s hard to believe that in 2018 we were still dabbing wax with blow torches.

While this rapid development may seem excessive for the most niche corner of an already niche market, something’s working. Concentrates are now the fastest growing sector of the industry. According to Headset, a cannabis data and consumer insights company, concentrate sales skyrocketed more than 40% in 2020 — $567 million in 2019 to $797 million in 2020 — accounting for a larger share of the cannabis market than ever before.

While some of this can be attributed to the fact that we were literally couch-locked for all of 2020 trying to get as high as possible, it’s also due to the advancements in the oil space that have made this divisive method of intake more accessible than ever before.

As a culture journalist working in cannabis since 2014, and before that a lifelong stoner, it’s been wild to watch the dab-volution occur. I remember being at a High Times party in February of 2018, just weeks after the Puffco Peak — the first electronic rig and catalyst of the seismic shift in dabbing culture — was released. I was shocked to see “Peaks” replacing traditional rigs at every concentrate brand booth.

The event celebrated women in cannabis — though at that time, the dab world was a total boys club, and the method of concentrate intake was reserved only for the headiest of stoners, and looked upon as “sketchy” by pretty much everyone else.

Dr. Dina, an industry vet famous for being the inspiration for the hit show Weeds, was at that party too. One of the first supporters of the pivotal Puffco creation, she gushed prophetically.

Looking at all the smart rigs and handheld vaporizers available today and it’s clear the industry has exploded. Every day my inbox is filled with PR emails about a futuristic new device that may or may not do exactly what all the others do. Isolated cannabinoids and new forms of solventless extraction are all the rage. The industry races ever forward, fueled by a mix of innovation, imitation, and hype.

While this juggernaut of advancement is fun to watch, and even more fun to experience, whether we want, need, or even care to comprehend the majority of what’s flooding the market, is yet to be determined. Which begs the question: is the industry’s quest for the perfect dab a solo mission, or are we as excited as they are about yet another way to get high?

One of the ways I write about cannabis is in the form of device reviews. When judging a new dabbing system, e-rig or vaporizer, the first question I ask myself is “What does it do differently, or better, than all the rest?” If the answer is nothing, it’s essentially just creating trash on the earth that no one needs.

Like most industries, true innovation in the device arena occurs rarely, creating a domino effect of knockoffs in varying degrees of quality. The Peak is the perfect example of a lightning rod invention that changed the world of concentrates, and launched a thousand look-alikes in the process.

“The idea for the Peak came in 2016, and was born out of wanting a dabbing device with no learning curve,” said Roger Volodarsky, founder of Puffco and creator of The Peak. “I wanted it to be shaped like a beer bottle, so people could walk around a party with it without really raising any alarms or sticking out.”

He continued, “It really started as a way to get people who were disinterested in dabs because of the stigma, because of the intensity, or because of a learning curve. It was our way of pulling them in, mainly because these people were our friends, and we wanted them to share an experience with them.”

In 2017, when the Peak was conceived, concentrate sales were shrinking. “I had to convince [my designer] that the reason it was dying is because something like the Peak wasn’t on the market,” said Volodarsky. “There was no easy, classy way to engage with concentrates.” He paused, “Now concentrates are the fastest growing segment in the space.”

Since then, dabbing devices in every capacity have flooded the market, ranging from the super cool to the totally lame.

On the cool end, we have obviously the Peak Pro, as well as Puffco’s new Hot Knife electric dab tool. The Dab Tech Trio is an awesomely convenient three-in-one electronic dab straw, vape pen, and concentrate vaporizer that fits onto any bong or rig. I also love the G Pen Roam, which is basically a hybrid between a giant vape pen/e-rig with a bubbling water feature that’s perfect for adventures.

The Reflux by Indux Labs is one of the most wildly innovative systems available, using electromagnetic waves to perfectly vaporize chemical compounds at optimal temperatures. And then, of course, existing at the apex of dab couture, lazer bongs and levitating dab rigs.

Existing on the totally lame end of the spectrum are all the blatant knockoffs of original designs. I don’t feel the need to call each of these brands or devices out. Just know that if you’re considering buying a knockoff device, there’s a reason they’re cheaper. These derivative options are often poorly manufactured, meaning they break constantly. In the world of dab devices, and life in general, you get what you pay for.

The evolution of extracts

While devices went from analog to the moon and beyond, extracts have undergone a major glow up as well. Growing up as a teenager in SoCal in the late 2000s, the first extracts to hit the California medical market looked like black goo and were THC distillates that stripped all other cannabinoids and terpenes and got you high in the most one dimensional way possible.

Now, we enjoy a delicious array of meticulously extracted, high quality rosins, resins, diamonds, shatters, butters, badders and more. The evolution of extracts has been marked by three major developments, specifically in the last few years. There’s the transition from solvent extracts to solventless concentrates, the preference of “live” over “cured” products, and the rise of isolated cannabinoids.

To delve further into what all this means, we spoke with Khalid Al-Naser, Head of Product at Raw Garden, one of the most popular and highest quality extract brands on the market.

“I’ve been a part of the California cannabis community for over a decade, and there’s been a ton of evolution,” said Al-Naser. “My earliest memories were of really low quality hash, or cannabis oil, which was all it was referred to at the time. Butane honey oil explosions in apartments and garages were happening, so there was this sense of this isn’t medicine, or it’s not clean.”

He continued, “A lot of people seemed to just push towards solventless alternatives and things that maybe they thought were safer, and then started to try and push on quality.”

The market has taken a sharp turn from hyping solvent extracts like these distillates or, more recently, live resins, where an accelerant like butane is used to separate trichomes from plant matter.  Solventless concentrates like rosins, are extracted using only a combination of heat, ice, water, and pressure, and have become highly sought after, sparking a debate within the industry and consumers about which is better and why.

“With rosin, it was like someone just stumbled on this idea that heat and pressure would separate the oils from the hash, then they found out they could do it with flower, too,” said Al-Naser. “You saw this resurgence of solventless products. I think a lot of that shift was in part a reflection of the volatile nature of the pre-recreational market.”

“Live” products, like live resins and live rosins, have also become wildly popular. These products use flash frozen live plants in the extraction process, creating an extract with a far more robust terpene profile than those made from dried bud, as much of the smell and flavor in cannabis is lost during the drying process.

At the forefront of innovation in the concentrate space, you have products like THCA diamonds, the pursuit of isolated cannabinoids, and forms of supercritical C02 extraction that claim to revolutionize solventless extraction. The possibilities for advancement in the extracts arena are truly boundless, especially when it comes to cannabinoid isolation, as we have just scratched the surface in understanding what these chemical compounds do together, much less alone.

The future of dabbing

So, back to the question that exists at the crux of all of this: Are we consumers as excited about all this wild advancement as the people profiting off of it? Rodger Volodarsky isn’t convinced, and neither am I.

“I think consumers value one thing,” he said. “And that’s experience. I had to learn that lesson really early on when I came through with the Puffco Plus. Currently, we sell a ton of them. But when it first came out, I thought people would lose their shit when they saw that it was a ceramic concentrate pen with no coils. But not a single person cared.”

The glaring flaw in the dab race is that brands are so caught up with outdoing one another and making money off the wave, they forget that most consumers not only don’t care, but don’t have the bandwidth to keep up with all this hyper complicated advancement.

Casual consumers just want to get high and feel good. They buy the products that most clearly communicate that that is what they do. Having reviewed dab devices for years now, I own pretty much all of them. When friends who are casual smokers come over and see all these things, they chuckle with furrowed-brow grins, but very few of them are interested in learning more. The vibe I get from most people is why, not wow.

Products that simplify something complicated, like the Peak did to traditional dabbing, are always going to beat out products that needlessly complicate things in the pursuit of innovation. Innovative advances like electronic dab rigs, handheld vaporizers, and live rosins are what made concentrates more accessible and, along with weed marketing, hype, and subcultures celebrating 7/10, are what will continue to bring more people into the world of dabs.

“They didn’t get it until we started presenting how to use it, and made the connection for them that it’s a hash one hitter. Then sales exploded,” Volodarsky said. “I think innovation is about leveling up the experience, not about new features.”

Behind the quest for the perfect dab originally appeared on Weedmaps.com 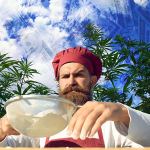 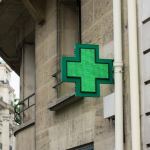