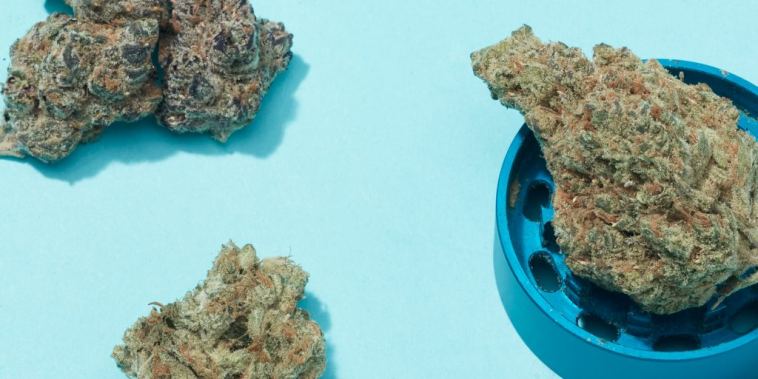 Few strains are more legendary than OG Kush. Typically high in the terpenes myrcene, limonene, and caryophyllene, this heavy-hitting yet balanced cultivar is loved for both its purported physical and mental stimulation. I find that it provides me with a gassy, citrus nose and powerful, immersive high, so I’m not surprised that the history of this strain is as lore-filled and magical as its effects on me.

As with most iconic strains, details surrounding its origin are relative to who you ask. While there are many rumors and iterations of OG’s story, it seems to have all started when two growers, Matt Berger (Matt Bubba) and Josh Del Rosso (Josh D), facilitated moving cuttings of what would become OG Kush — as well as Bubba Kush — from Florida to California in 1996.

“I know there are different versions of its history so I can only speak to my experience,” said Kenji Fujishima, the legendary grower and Head of Cultivation at Insane and Dr. Greenthumb, both owned by B Real. “In 1997, I was gifted Kush Bubba seeds that came out of Josh D’s garden,” said Fujishima. “I phenohunted the Original Bubba. We started growing it in B Real’s garage in 1997 and it’s what would eventually become Bubba Kush as we know it today.”

He continued, “B Real and I put the moniker ‘OG’ to the strain because it was the ‘Original.’ It had nothing to do with ‘Original Gangster’ or ‘Ocean Grown.’ I respect that for some others that’s what they thought it stood for, but in our camp, it was named ‘Original’ to define it from everything else out there.”

The strain started making its rounds in Los Angeles’ underground cannabis scene, quickly becoming a favorite in the rap world. “When I started touring with B Real and Cypress Hill in the late 90s, I was growing it on the road and introducing it to everyone,” said Fujishima. “We gave Snoop his first ounce of OG.”

As OG’s popularity exploded over the next couple of decades, so did the varieties it spawned. GSC, Zkittles, Headband, and Gelato all came from cuts of OG, a trailblazing cultivar that shaped the landscape of modern cannabis.

To illustrate the breadth of this iconic strain, we’ve selected three fantastic cuts of OG Kush to rank and review. Keep in mind, however, that it always comes down to a matter of personal taste and what your unique endocannabinoid system gravitates towards. Each of these cuts is tried, true, and beloved by the cannabis community, so don’t just take my word for it. Try them for yourself. You can’t go wrong when they’re all winners.

True Classic is an LA brand founded by a master grower in 1996, long before the massive grows and business bros of Prop 64 transformed the black market into the mids market. Brands that have been around that long are always a green flag because you have to really know what you’re doing to have weathered the prohibition storm and still be pumping out fire-ass weed.

Aside from a few limited-edition offerings, the brand’s mainly known for its flagship strain, True OG. A killer example of OG Kush, these nugs are dense, tight, and light green under a dusting of red hairs and crystals. They have that crunchy, crystalline texture that indicates good weed, and is a hallmark trait of good OG.

The smell is unique, a deep mix of pine sap, Meyer lemon, and diesel, with a pepper kick at the end that’s a little spicier than your average OG. The flavor was spicy lemon on the inhale and pine forest on the exhale.

While the other two cuts on my list offered a more languid experience overall for me, the True OG was bright and bursting with energy at first, before settling into an uber relaxing, heady high. While usually viewed as an afternoon/evening cultivar, this OG was nuanced, versatile, and perfect for any time of the day or night in my humble opinion.

The Cure Company are some of the most legit indoor cultivators in the industry, having built an empire off a seed-to-sale model that’s been crushing it since ’96. Its flower is flashy, gorgeous, and meticulously cultivated — especially when it comes to its OG cuts like the famous Marathon OG, and the one I’ll be reviewing today: Alien OG.

Alien OG is a cross between Tahoe OG and Alien Kush. It’s buzzy in the head and melty in the body. The nugs are gorgeous, totally crystalized in glittering trichomes, a million shades of green, and the smell is overwhelmingly intoxicating. Gassy, spicy lemon, and earthy, deep pine. The taste is the same, with a touch of fruit and enhanced citrus on the exhale.

For me, this flower had an extremely relaxing body high with an exciting head high. Physically, I experienced immediate release from everything that sucked. It provided a kind of flow state energy where I was hyper-content and not at all tired but also not the most productive. Rather than a daytime smoke, this flower was better for losing myself in the absence of anxiety, and just kind of floating along, content.

Insane is hands down the most legit celebrity brand of all time. “What makes OG Kush such a beloved cultivar is the fact that there’s no strain like it,” said Fujishima. “To this day, there’s no other strain that I’ve grown that’s comparable. Its aroma and structure are so unique. I remember when we were growing it at B’s and it smelled up the whole block unlike any strain I had grown before. It was unreal. OG has a very particular gas/pine-like smell and taste that was, and still is, unforgettable.”

Unforgettable is a great word to describe this particular cut of true ’90s genetics, protected and maintained by Fujishima himself. While dominant in myrcene and limonene with caryophyllene, like most OGs, Insane OG also brings linalool to the party, adding a fruity, floral element to the flavor and high.

I’ve written about this strain a number of times because I find it to be truly perfect in every way. The flower has a certain vitality to it, pungent and fresh, and it feels alive to me. The nugs I tried were beautifully hand-trimmed, sparkling with trichomes, green leaves, and red hairs.

This was the most robust terpene profile of the group, totally intoxicating and immersive, like a lemon pine tidal wave rushing out of the bag into an earthy, fruity rainforest. The taste was so bright with citrus and gas, pine and fruity undertones, that it was an all-encompassing flavor rainbow of terpenes.

The high was physically titillating and euphoric. Mentally, I was alert, present, and experiencing a heightened version of reality — minus all the shitty feelings that can come with actually experiencing reality. For me, a lover of all things OG, Insane OG was the perfect balance of uplifting and relaxing. And that, I think, is the dichotomy that makes OG Kush so beloved in the first place. 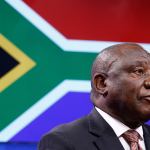 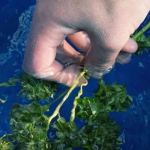