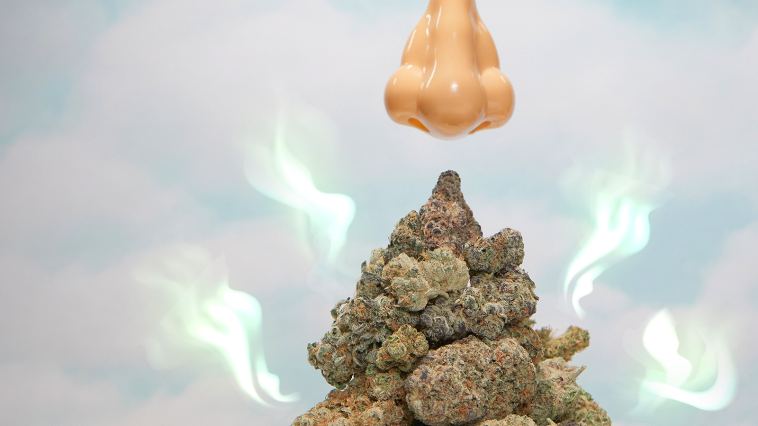 Lorena Cupcake, voted “best budtender in Chicago” in 2019, has answered hundreds of questions from cannabis shoppers and patients during their time as a budtender. And now they’re turning that experience into a monthly advice column, Ask a Budtender. Got a question for Cupcake? Submit your questions to askabudtender@weedmaps.com.

The other day, I made the mistake of buying a bag of weed without smelling it. After I opened it up, it looked normal, but it reeked like a blown-up bathroom. Is it normal for flower to smell like poop?

PS: It tasted fine, but I’ll never buy it again.

I’ve been in your shoes, Triple D. I don’t remember what strain it was, but I remember that ripe scent and earthy taste like it was yesterday. I rarely say no to weed, but I plan to steer clear of any bud with a backhouse aroma in the future.

Not all cannabis smells pleasant to all people, and the experience can be highly subjective. During my time as a budtender, people who were newer to cannabis often expressed a preference for strains that smelled like berries and dessert. In contrast, heavy hash heads often develop a taste for the more pungent scents resin can offer, such as gasoline, garlic, and parmesan cheese.

Is a “poop” aroma a natural variation on the bouquet that cannabis can offer, or is it an indication that something has gone seriously wrong with your stash? The answer isn’t quite so clear-cut; hold your nose while we dive in.

Off-flavors: Learning from the world of wine

I’m far from the first writer to draw parallels between wine and weed, but today we’re not talking about terroir or terpenes. We’re talking about faults: something that gets in the way of you enjoying your substance of choice in the manner in which it was meant to be enjoyed.

On The Wine 101 Podcast, VinePair tastings director Keith Beavers provides an excellent rundown on cork taint, one of the most well-known wine faults. Even among industry professionals, he says, finding a corked bottle (or a bottle tainted by a molecule known as TCA) is always weird: “No one wants to be the first one to say it’s corked in case it’s not corked … When I do wine classes IRL, I actually enjoy when a wine is corked so I can put the non-corked wine next to it so everyone can get a sense of what corked wine is and just get it over with.”

Making those distinctions can be just as difficult with cannabis, notes David Bienenstock, author of How to Smoke Pot (Properly): A Highbrow Guide to Getting High and co-creator of the podcast Great Moments in Weed History. “If something smells like mold, if something smells like decay, that’s really to be avoided,” he advised me over video chat. “And of course, for people who might be new to cannabis — or even not so new — it can be really hard to have the confidence to make those kinds of distinctions, particularly if you’re not aware of the broad range of smells in cannabis. That’s where I think an important dividing line [happens]: Is this a natural expression of the cannabis plant’s terpenes or is it some foreign element?”

The chemical compounds behind the stinky smell

Organic compounds like butyric acid can be pleasant when found in parmesan cheese, yet repellent when smelled in vomit. It’s possible that some harvests that smell like poop simply have higher levels of aroma compounds that most flower only contains in trace amounts.

One component is pungent, cheesy isovaleric acid, which smells like sweaty feet and is found in cheese-scented strains. Other likely suspects include caprylic acid, which has a musty, rancid smell; sulfurous, garlicky thiols; and the rotting, cabbagey methyl mercaptans that cannabis shares with hops.

Since stinky weed isn’t highly sought after, it’s possible these compounds are produced when a grower hits upon a particularly funky phenotype. That’s what happens with “Cat Piss,” a term used to refer to several strains with completely different genetics; when a particular plant displays a strong scent of ammonia, it’ll earn the unflattering moniker.

Unfortunately, undesirable aromas can also indicate that something went seriously sideways during the growing, curing, or storage of your cannabis. According to Home Grow Chicago, a Chicago-based home grow education company, “Funky smells are usually due to improper drying, meaning too fast or not enough. The more likely culprit of the bad smell is over-fertilizing with nitrogen.”

“If something doesn’t smell right,” said Bienenstock, “the nose is a very powerful instrument, and it is really designed to keep us from ingesting things that are going to make us sick. If your nose is putting out those red flags, generally, you want to listen to it.”

Despite those warnings, he said, “I’m not going to be the person that tells somebody to throw out their weed. I don’t want to forget what it was like to have very limited choices in your weed. If that’s your quarter ounce of weed to get through the next couple of weeks, whether that’s financial or whether that’s just access to cannabis, I know how hard of a decision that could be.”

Does your cannabis smell like poop because of a natural variation, or was there an issue in the supply chain? It’s a nerve-wracking call, right up there with sending back an expensive bottle of wine because you believe it’s been corked.

If you source cannabis from a highly skilled grower you know, trust, and respect, coming across weed that smells like poop might be an interesting experience to broaden your horizons, just like Keith Beavers and his tastings that compare untainted and corked wine. You may be able to recognize similarities with other earthy flower strains and enjoy the taste or effects.

If you’re not able to trace your purchases back to a reputable source, Triple D, let this one stinky bag be a lesson to you. You should be smelling weed before you buy it, not just to check for terpene profile or freshness, but also for early warning signs of mildew, mold, or a mismanaged crop.

If you’re curious about strains intentionally bred to smell funky, you’re in luck. While Unicorn Poop carries the scent of citrus and diesel, Dog Shit is reported to smell like its namesake. It might be named after an infamous Up in Smoke scene where Chong offers Cheech a comically oversized joint of Maui Wowie with “some Labrador in it.” 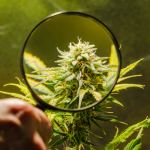 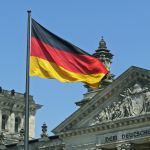