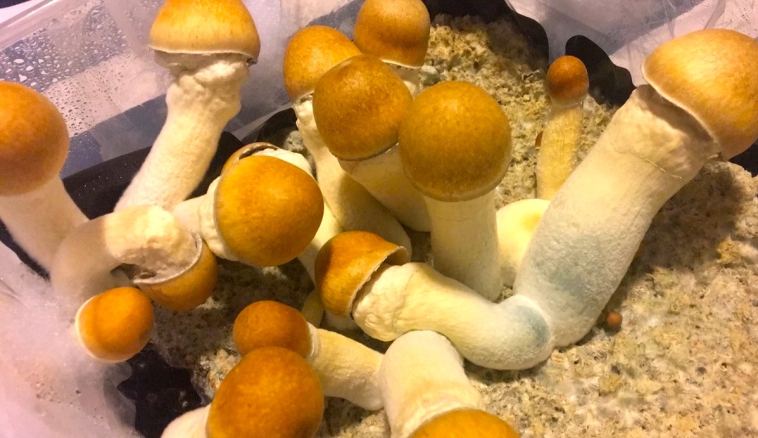 These notorious shrooms often pack high amounts of psilocybin and psilocin. But according to the experts, that doesn’t necessarily translate into an intense trip.

Sheesh, what would Freud have to say about these??

Although tons of different strains of psychedelic mushrooms grow across the planet (and get cultivated in labs), only one variety has become iconic in its own right, and even managed to penetrate the American mainstream.

Aptly named for its phallic shape—and boasting a peculiar backstory to boot—Penis Envy (PE) has gained a wide-reaching reputation for its extraordinary potency.

Various reports and spore retailers claim that PE packs two to three times the punch of a standard mushroom. Its potency deviates so much from other strains, according to the journalist and scientist Hamilton Morris, that it’s “almost treated like a different species entirely.”

As a result, PE has become one of the most sought-after strains of psilocybe cubensis, the most common species of psychedelic mushroom. According to the spore retailer Mushly, PE is the second-most searched variety in its catalog. And Morris, for one, attests that “many spore retailers” report that it’s their best-selling variety, period.

Penis Envy’s popularity and reputation, however, invite many questions on the subject of mushroom potency: How exactly do we determine the strength of a particular mushroom, and how much weight should we put in those numbers? In other words, does high potency necessarily translate to a more intense experience?

To learn more about PE mushrooms, their potency, and what the data actually means for consumers, I reached out to Oakland Hyphae, a leading organization in the field of mushroom testing and research. Oakland Hyphae additionally runs the highly influential Psilocybin Cup series, as well as regular conferences on psychedelics.

And along the way, naturally, I tried some Penis Envy for myself to see whether they hit as hard as their reputation led me to believe.

“Absolutely there’s a zeitgeist around this, a buzz around this,” Ian Bollinger, the Scientific Director at Oakland Hyphae, told Leafly. “Penis Envy are the long-stemmed beauty roses of the environment at this point.”

A most enviable name

Needless to say, Penis Envy has found an audience in no small part because of its eye-catching name. “I think it’s brilliant marketing, period,” Reggie Harris, the founder of Oakland Hyphae, told Leafly.

“It does look like a little circumcised penis,” Harris added, in regards to the mushroom’s thick stem and bulbous cap, which hardly extends beyond the stem.

“It’s one of the few mushrooms that you could look at and identify what it is. With most mushrooms, the phenotypes are different. A Burma mushroom could look one way if I grow it under certain conditions, and a whole different way if someone else grows it under different conditions.”

Experts and growers have identified and cultivated other PE crosses as well: For instance, as Harris noted, Albino Penis Envy (known commonly as APE) boasts a white coloring. Penis Envy Uncut, on the other hand, takes its name from, well, the particulars of its contours.

The aforementioned Hamilton Morris has played an outsized role in educating the public about the history of Penis Envy. Morris is additionally responsible for revising his own admittedly inaccurate reporting.

In 2009, he wrote an article for Vice that long served as the de facto history of the singular shroom. Morris reported that in 1971, the famed ethnobotanist Terence McKenna discovered a flush of psychedelic mushrooms growing on a pile of cattle dung in the Colombian Amazon, and brought spore prints of the shrooms back to the United States.

Morris wrote in Vice that one of the spore prints found its way to a doctor and shroom enthusiast named Stephen Pollock, who cultivated the spores into a particular mushroom that “burst from its jar like a glistening Oscar Mayer wiener.” Pollock was shot dead in 1981, and, as Morris alleged, the “great Amazonian proto-penis lay beside him.” The case was never solved.

But in 2021, in a two and a half hour podcast uploaded to YouTube this April, Morris acknowledged that one of his own sources, an infamous mycologist known as Mushroom John, had intentionally misled him about the history of Penis Envy.

In the revised story, much credit for the cultivation of PE goes to a reclusive mycologist named Richard Guitierrez, also known as Rich Gee. Morris interviews Guitierrez, who explains that he received one of McKenna’s original spores from a hairdresser named Jules, who was “the guy you talked to” about acquiring mushrooms.

The mushroom’s name, Guitierrez alleges, came from a chat he had with a gaggle of strippers in 1977, whose description of the mushrooms as “donkey dongs” inspired Guitierrez to ask them if they had penis envy.

So is Penis Envy *actually* that potent?

Harris and Bollinger have no trouble identifying and measuring the various active compounds in their samples, which include, but are not limited to, psilocybin and psilocin. (To do so, they employ some of the same machines that chemists use to test cannabis for cannabinoid content.)

But that data, they argue, doesn’t paint a full picture.

They explained that the ways in which those compounds interact with each other—a process somewhat analogous to cannabis’ entourage effect—remain quite mysterious.

Furthermore, they pointed out that anecdotal accounts from consumers muddy the metrics of potency.

Harris recalled situations in which particular mushroom samples did not boast particularly high quantities of psilocybin, psilocin, or other active compounds, but, according to consumers, fueled extremely intense trips.

“High numbers don’t always equal a long trip or an intense experience. ‘Big number doesn’t equal good’ is the argument we’re trying to bring to the conversation. It’s understanding the profile and the experience. It’s going to be a lot more personalized,” he explained.

So when it comes to Penis Envy’s notorious potency, it may be wise to consider its reputation with a grain of salt.

“From the testing we’ve done, PE is, more consistently than not, more potent than other cubensis varieties of mushroom,” he added. “It comes out a little stronger than your average run of the mill cubensis mushroom.”

The owner of Mushly—who asked to remain anonymous for this story—similarly downplayed PE’s notorious potency. “People say PE is three times stronger,” they told me in an email. “But in my personal experience that hasn’t always been the case.”

Microdosing didn’t cut it for me

When I tried PE myself, I took a very small dose: Just under one gram. I’ve tangled with mushrooms on a handful of occasions, and consistently prefer a small dose. Since I’d heard PE was so potent, I figured I’d go small to ideally set myself up for a similar experience.

Alas, I found out, I’d gone too small.

On a summertime hike through western Montana, I kept waiting for, you know, something to happen. But it never really did, aside from an occasional visual shimmer and mild euphoria. I had a swell day, but the PE acted more like a buzzy sativa than a potent psychedelic.

In other words, what I’d hoped would be a light dose turned out to be a microdose.

When I mentioned my experience to Harris, he chided me gently. “To be honest, taking less than three and a half grams of any mushroom, I think, is unfair, period. What you took was the high end of a microdose, which is supposed to be barely perceivable,” he said.

Bollinger countered that a little less—two or two and a half grams—would have sufficed as a “good exploratory space.”

At any rate, I hope to have another chance to try them again soon, or, for that matter, one of the growing number of PE hybrids. Thanks to its popularity, PE has become a common strain to cross, in a lab setting.

“[Growers] are creating very interesting non-natural forms that are just as variable as the cannabis plant. Nothing is sativa, nothing is indica anymore. Everything’s a hybrid,” Bollinger said.

“We’re at the outset of that in the mushroom space. And Penis Envy is leading the charge,” he added. 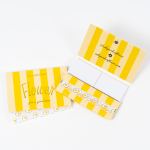 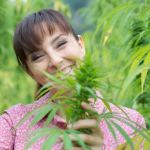