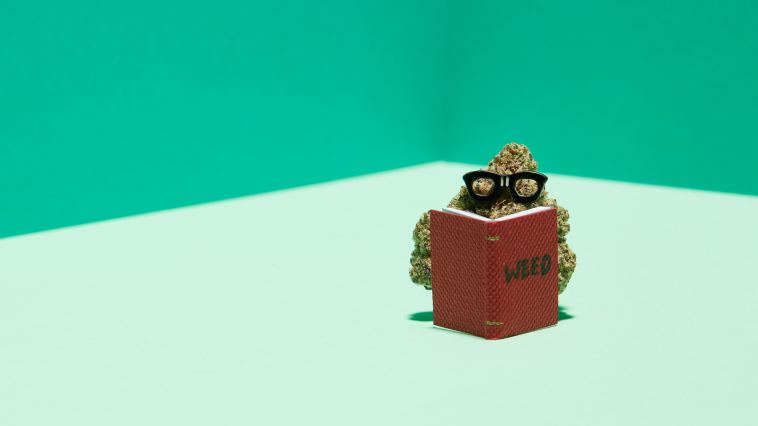 Weed can be a great tool for clearing your mind and slowing down the world. This is why it’s so good for people who like to smoke before studying. Though getting high before doing anything productive can be overwhelming and distracting for some, for others, cannabis is the first step before sitting in one spot for hours — all while giving the mind the tunnel vision needed to knock out daunting tasks.

Whether you’re sitting down to homework, cranking out a paper, or studying for your real estate licensing exam, there are hundreds of cannabis strains that may ease the process. Here is a quick list of eight to get you started.

Trainwreck is a powerful strain named for its cerebral effects that hit “like a runaway train.” If you’re the overactive type, and you need a strain with some potency to help study for the bar exam, or whatever your field, this could be the one.

Trainwreck was created from a mix of Mexican, Thai, and Afghani landrace parentage. Its terpenes produces an earthy, piney, and slightly gassy aroma, followed by an overall earthy flavor. The effects come on quickly with an invigorating, yet calming high, making it great for people who need to smoke before they can sit still.

Cinderella 99 dates all the way back to the 90s when Brothers Grimm Seeds found some Jack Herer seeds which grew into a plant they named “Princess.” They then used Princess to cross with Shiva Skunk, and after a series of backcrossings and working the strain, the upbeat Cinderella 99 was finally born.

Cinderella 99’s terpene profile commonly features a floral and somewhat fruity flavor that translates into an earthy smoke. The effects tend to hit people with a heavy dose of cerebral stimulation, so if you’re about to lock into some study hours, Cindy 99 could be the one for you.

They said CBD strains won’t get you high, but anyone that has smoked a joint of Harle-Tsu, or anything CBD-dominant, will tell you that while these strains don’t get you stoned, you still feel a change in your mind and body. With Harle-Tsu, that change is a clear-headed focus that raises alertness, making it an absolutely perfect strain for studying.

Harle-Tsu was bred by crossing the CBD-dominant Harlequin with the even more CBD-dominant Sour Tsunami. Like most CBD strains, it has that familiar earthy, sour, slightly citrus flavor profile. It has little-to-no THC, and most people experience a creative euphoria.

If you’re looking for a staunch orange-forward terpene profile, because citrus strains usually give you uplifting effects, you may not find anything better than Tropicana Cookies.

Tropicana Cookies is a cross between Tangie and a special cut of GSC that produces a surprisingly uplifting high. This sativa-dominant hybrid smells and tastes just like oranges, and its high will help you feel relaxed but mentally energized and alert for the tasks at hand. It’s a great pregame strain for someone that wants heavier effects before they sink into study mode.

Pineapple Upside Down Cake is another heavy-hitter with long-lasting effects. Also known as Pineapple Cake, it’s a cross of Pineapple Trainwreck and Cookie Monster. Those Pineapple and Cookies genetics give way to a sativa-dominant hybrid with a sweet tropical aroma that turns into a spicy-flavored smoke.

Most consumers feel a rush of cerebral stimulation that keeps you upbeat and energized, which is common amongst many strains that have a pineapple-like terpene profile.

Most strains with Jack Herer genetics will be great for daytime consumption, and especially great for anyone seeking a clear-headed focus. Jack Flash is just one of many Jack derivatives that serve as an excellent example.

When it comes to studying, you won’t always have the good fortune of working in the daytime. For nighttime studiers, you may want to smoke, but don’t want any stoney feelings that could make you sleepy. For that, ACDC is a great suggestion.

ACDC is a phenotype of the commonly featured Cannatonic strain. It is known for its CBD:THC ratio that can sometimes be as high as 20:1. ACDC features a sour, earthy flavor, followed by clear-headed effects that help you feel alert during all-nighters.

Rounding out the study suggestions list is the upbeat hybrid, Allen Wrench.

This sativa-dominant strain was bred by crossing Trainwreck with NYC Diesel. The result produces resinous buds with an earthy, slightly citrus terpene profile with diesel undertones. After consuming Allen Wrench, most people feel an energizing boost in morale that helps tremendously when studying for the dreaded GRE exams — or anything alike. 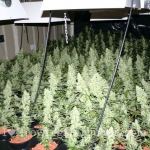 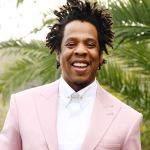