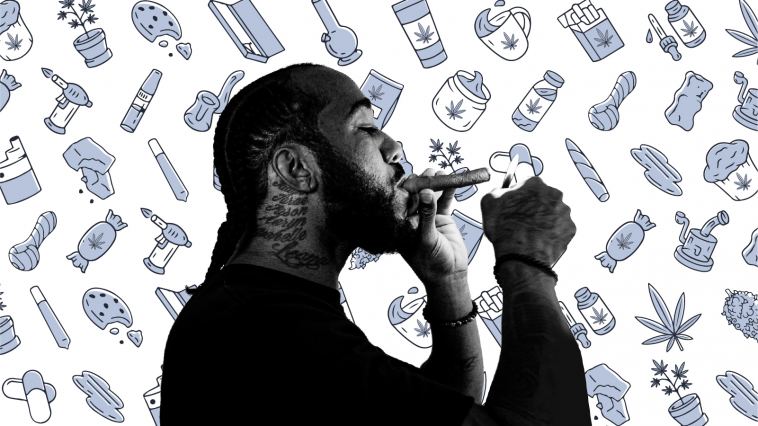 Last week, West Coast legend Problem dropped a track called “4 the Low.” In the song’s video, you can see the Compton-raised MC talk broad strategy with co-star Wiz Khalifa, bike through Los Angeles’s neighborhood streets — joint on his lips, old-school —  and rhyme with Wiz in front of super-fine rides.

Woven into a bright and bouncy beat — produced by Problem, Mike & Keys and Vangogh— are two Problem lines that distill the whole vibe:

Problem isn’t the first MC to articulate rage over the complexion disparities within legal weed ownership; but there’s something about this rapper’s conviction of delivery that hits at the issue fresh.

Problem’s hot verse isn’t what’s most remarkable about “4 the Low.” At the video’s bottom runs a faux stock market tracker. The numbers crawl: Viola, Monogram and Dr. Greenthumb — brands operated by celebrities of color — are up. Also up, coincidentally, is Coffee and Kush, best known as a pair of 2020 Problem albums and the coffee mug and pipe that Problem uses in the video. Something more than self promotion, there’s a message in the hip hop artist’s wishful thinking.

“I just think it’s about time for them to allow us to have something that is ours, and let us talk about the way we want to do it,” he said. “When this thing goes federal you’re going to see that the minority people are not as greedy as you think. We want everybody to win. We don’t hate anybody. We just want to make sure we’re alright, too.”

Problem, whose government name is Jason Martin, told Weedmaps that his first edible came from “mama’s kitchen.” His cannabis roots go deep, and can be felt in THC-assisted verses he’s traded with top-shelf rappers like his mentor Snoop Dogg and Freddie Gibbs. Most notable: he wrote the hook and is the first voice heard on the all-time problematic banger, “Function.”

Problem’s Coffee and Kush: the concept

It wasn’t until quarantine that Problem fully embraced weed as a brand. Somewhere between his 2018 appearance on the Wiz Khalifa album Gin & Drugs and 2020, dude slowed down. The question, “Whoever thought I’d fall off like the way I did?” from the 2018 mixtape S2, might offer clues as to why he’s passed hard on being a standout partier.

Problem became the guy in line with his girl getting morning coffee, and the early AM java runs opened his eyes. “I wasn’t the only one smelling like weed at Starbucks,” he said. “There’s a whole morning market that no one was tapping into.”

The Starbucks revelation started Problem thinking about the audience for java and bud, but the name was inspired by Khalifa. He had listened to his seminal mixtape Kush and Orange Juice and thought, “Wiz should have started an orange juice company … it probably would have been genius.” Then it was, “No, I should start a coffee company.”

Finally, the rapper realized that he wanted to develop a coffee company and a marijuana dispensary. As of now, Problem has “three or four brands” in development, as well as a new partnership with the Los Angeles brand Green Label. Coffee and Kush: The pipe-mugs and music collections are his broad-based beginning.

“Being able to monetize off your music, especially in today’s times,” he said, “is very, very important. With the lack of touring [and] streaming numbers are really not paying out like they should.”

With last May’s release of Problem’s coffeehouse-smooth Coffee and Kush mixtape came the pipe-combo mugs. A second volume of that mixtape followed. Now, the rapper-turned entrepreneur takes his next steps into rebranding what was once called a “hippie speedball” as “The New Chicken and Waffles.”

But Problem, an “old-school” type of smoker, has certain preferences and rituals when it comes to rolling up. Here are four more products he can’t live without.

“I’m so old-school, man. I’m an old-school dude. I like rolling up a Zig Zag that hits hard as fuck. Just gettin’ into my zone, bruh. I like the black zig zags, the long ones. No disrespect to Raw or anyone else. But I can roll a perfect Zig Zag joint in under 20 seconds.”

Once a renowned party boy of the West Coast mixtape scene, Problem claims the lifestyle some call California Sober — he claims he doesn’t aspirin anymore. “If the weed don’t fix it, then it’s my time to go.”

“Khalifa Kush used to be the weed that got me the highest. He used to give me that shit and I’d be fuckin’ stuck. That boy’s got some of the best weed out here that’s legal. That was my go-to before I got with my boy Steve.”

Problem said that for the past three years he’s almost exclusively consumed cannabis grown by a 60-year-old unlicensed Los Angeles-grower named Haitian Steve, who will only sell him an ounce at a time. “He fuckin’ loves those plants. He sings to ’em, fuckin’ reads to ’em, plays jazz. You can tell, it’s weed for the creatives.”

“Ever since this Coffee and Kush mug came out, that’s pretty much all I use, bro. Drop a nug in here. I get high as shit, real quick. I got my coffee, I can sip it. I don’t have to look for papers and all that shit. The mug keeps me from getting too high because I’ll roll up a big-ass joint and smoke way too much — that’s my temperament right now. I really use the product that I sell, a lot. I have it in my fuckin’ hand right now.” 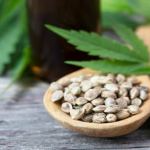