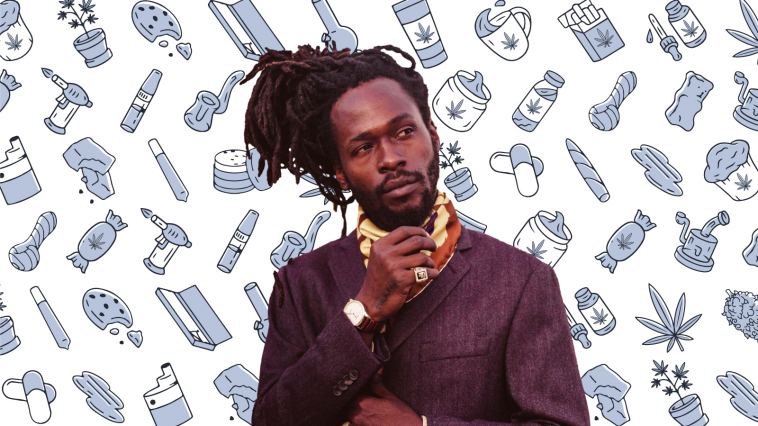 Jesse Royal is a force to be reckoned with in the world of reggae music. Royal is a singer, songwriter, and performer whose 2017 debut album Lily of da Valley topped the Billboard Reggae Album charts and brought him international acclaim. Born and raised in Jamaica, Royal’s love for the genre has been deeply ingrained in him since childhood. As he puts it, “Reggae music, I think, is just a natural expression for us as Jamaicans … we walk Jamaican, we talk Jamaican, we live Jamaican, so the music that we express, whatever tempo, whatever vibration, is authentically reggae.”

Just last week, Royal dropped his much anticipated sophomore album, Royal, which shares the authenticity and the beauty of the reggae genre in a way that’s both approachable and universal. Available in the U.S. on independent record label Easy Star Records, the album is a journey full of real situations and real experiences that he feels everybody can share and enjoy together — regardless of their experience with his music or the genre as a whole.

When asked about the goal of his new album, Royal said, “This is definitely something that I’m incredibly excited to share with the world, with fans, but also people who probably never heard of Jesse Royal or heard of reggae. I try to give them something to fall in love with, because we feel like reggae is such a beautiful genre with beautiful people with a beautiful message, and we feel like everybody deserves to hear or experience this.”

Despite his laid back demeanor, Royal is extremely thoughtful and conscientious about his music and how it is received. “This is our duty as deliverers of the message to ensure that whatever we do is palatable, one, but also understandable, ya dig?”

Equally as authentic as his love for the island of Jamaica and reggae music is his love for weed, which began in childhood with his friendship with Daniel Bambaata Marley, son of Ziggy Marley. He describes the Marleys as “very royal, honorable kind of people” who inspired him and helped shape him into the adult he is today. He and Daniel, whom he considers a lifelong friend, started smoking weed young, around age 11 or 12.

“Well, if I’m being honest, we first started to burn herb when me and Daniel used to pick up some of the spliff tails that were left by Uncle Ziggy or whoever, and the reality is the spliff tails were probably still like five grams worth of weed, you know what I mean?” he said with a laugh.

Outside of making music and burning good herb, Royal enjoys cooking, reading, football, and most importantly, connecting with his community in Jamaica as an activist. He aims to start a conversation about the accessibility of cannabis in his native country, ensuring that those who really need it can get it, even if they can’t afford it.

“[In Jamaica] we kind of feel like herb has a big part to play in terms of the movement of us as a human race — in terms of our thinking, in terms of how we deal with each other, in terms of the way we deal with ourselves … it’s good to see the world moving in the right direction and I can’t wait until we actually see the benefits that we’ll reap from a society where we normalize medicine that is natural.”

Check out these five weed products that Jesse Royal can’t live without.

“The Lion Paw strain, which we developed specifically for our community in Jamaica, [is a] high, high grade indica with certain tones that are understandable by our people, and to see the reception from them is excellent, you know what I mean? We and Jacana, who is the premiere dispensary in Jamaica right now, are really trying to change, in a social way, the idea of herb and herb consumption in Jamaica. This is a big mission, but we’re glad to be a part of it.”

These unique rolling papers from Raw are produced in the Alcoy region of Spain, where dry winds keep humidity low and the quality of the paper super high. The papers are designed to be so thin that you can truly taste all of the terps in your trees. It’s no wonder Royal uses these every single day.

Made of the sturdiest translucent glass, the Raw glass rolling tray is designed to hold all the nugs you need while sitting perfectly in your lap for convenient rolling in any location. For Royal, the best part about this rolling tray is its “stashability as well as the usefulness.”

A classic for good reason, GSC is a sativa-leaning hybrid bred by the illustrious Cookie Fam. Royal dubs this strain as one of his all-time favorites and said that he loves everything about it, from its flavor notes to the care that’s given to the herb throughout the cultivation process.

As someone who rolls up everyday, a quality grinder is essential to Royal. The Iaso Goods four-piece 1.75-inch grinder is made of the highest quality stainless steel, ensuring that no harmful materials — like aluminum shavings — end up in your flower. “Because of the quantity of herb we smoke, this is needed.” 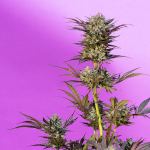 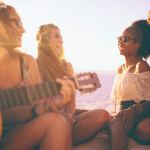