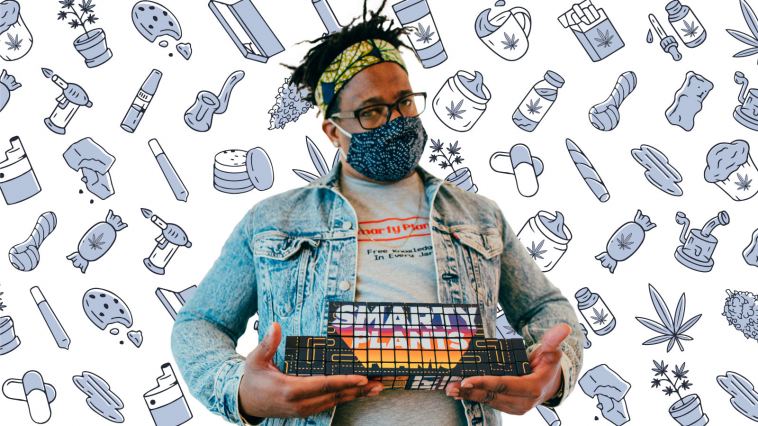 Open Mike Eagle is an independent rapper, comedian, podcaster, and artist from Chicago. He is best known for creating a genre of music called Art Rap, his What Had Happened podcast, and being a member of the hip collectives Thirsty Fish, Swim Team, and currently, Project Blowed. An avid lover of anime, Open Mike Eagle has even been featured on Adventure Time. Recently, the man of many talents partnered with the cannabis brand GetSmartyPlants to become the Director of Cool Shit, so we hopped on a Zoom call to discuss it.

Defining Art Rap, Mike told me, “I represented this emerging sector in hip hop with people like Danny Brown, Run The Jewels, Aesop Rock, Shabazz Palaces. There was this new wave of rap that was indie and different, and I just felt like we needed something different to call ourselves … It’s about us doing what we want to do and not having the resources that the big acts do.” His latest project Anime, Trauma and Divorce is available on all streaming platforms.

In addition to music, Open Mike Eagle is an avid podcaster. He started a podcast network called Stoney Island Audio to give a voice and opportunity to hip hop artists who want to tell their stories and control their narrative. He hosts a show called What Had Happened, where he sits with one artist for an entire season and unpacks all of their projects to create an accurate image of their legacy. The first season was with El-P of hip hop collective Run The Jewels.

Being different and thinking outside the box is exactly what led to the collaboration between Mike and Get Smarty Plants. On all of Get Smarty Plants’ packaging, you can scan a QR code that will take you to their Knowledge blog, where you read and watch content about all kinds of weird stuff. “When I checked out what they are as a brand, it seemed to make a lot of sense to me, because their product is weed, but the brand is knowledge and humor and cool conversations and discovery. I smoke, I like cool shit, and they want me to be their Director of Cool Shit. I’m like, oh, I like that.”

As the Director of Cool Shit, Open Mike Eagle’s goal is to put interesting spins on traditional media and bring the vibes. He hosts The World’s Largest Rabbit Hole podcast and will also coordinate Rabbit Hole events. The first episode was with professional wrestler Matt Striker of WWE, Double Impact, etc. “We did a thing where we watched a bunch of wrestling clips and talked about how being a bad guy in wrestling has changed over the years. It’s that style of conversation, where we take something and go way beneath the surface of it.”

Open Mike Eagle has been smoking weed for the majority of his life. He said that the benefit of cannabis for him is that it allows him to be less locked into a particular way of thinking. “Especially as a creator, the pathways and possibilities open up to me when I’m high. It’s night and day creating high versus not high in terms of the sheer amount of possibilities I can see from moment to moment.”

Here are the cannabis products that Open Mike Eagle can’t live without.

Though Mike’s been smoking for decades, he’s not the blunt-after-blunt-let’s-get-high-all-day type of smoker. Instead, he’s more of the type to smoke at night after the day is done. “Usually for me, it’s just a nug or two out of a pipe. I had a long stretch where I was strictly edibles. It was a solid three or four years, but I noticed after a while that I’m not getting a great night’s sleep taking edibles that late. So I switched over to flower.”

“Them thangs is delicious. We used to call them senzu beans, from Dragonball, cause they get you going quick with the espresso and the weed.”

Kiva’s a confections brand based in California. Its Terra Bites line is a fan-favorite that includes chocolate-covered blueberries, espresso beans, sea salt caramels, almonds, and even cookies.

The Music For When You’re On The Moon playlist

Music For When You’re On The Moon is a playlist Mike made for the Smarty Plants Spotify on 4/20. As you can guess, it’s great for when you’re high and want to blast the tuneskis. The playlist features artists like Open Mike Eagle, The Pharcyde, A Tribe Called Quest, and more.

Another not-cannabis product that Open Mike Eagle likes to pair with cannabis is his bicycle. He loves to get high and go for a ride. “I love to ride my bike around my hood when I’m feeling just right.” 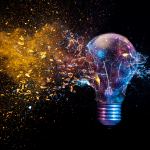 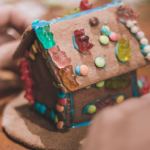