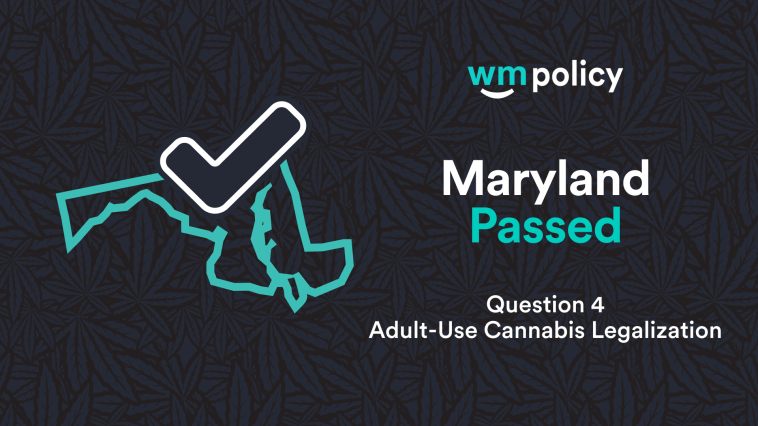 Election Day is finally over. The votes have been (mostly) counted, and the results are (mostly) in.

Cannabis legalization was a hot topic during the midterm election. Five states had adult-use legalization measures on the ballot, along with more than 100 local cannabis-related ballot initiatives across the country. And the results are mixed:

Issue 4 failed to garner enough support from Arkansas voters, according to Politico. Passage would have legalized the sale, possession, and consumption of cannabis by adults 21 and older, while applying an additional tax on cannabis products. Medical cannabis remains legal in Arkansas.

Marylanders voted overwhelmingly in favor of Question 4, legalizing adult-use cannabis in the state, Politico has confirmed.  Now HB 837, a bill passed earlier this year by the Legislature, takes effect. HB 837 decriminalizes cannabis possession and allows adults 21 and older to possess up to 1.5 ounces of cannabis and grow up to 2 plants for personal use. All criminal records for cannabis-related offenses that are now legal will be expunged. The decriminalization component of HB 837 takes effect on January 1st, 2023. The possession and home grow provisions take effect in July 2023.

Missouri voters have officially passed Amendment 3 (according to Politico) legalizing the sale, possession, and consumption of cannabis for adults 21 and older, while imposing a 6% tax on cannabis products. Missourians are now also permitted to cultivate cannabis plants at home given proper registration and restrictions. The success of Amendment 3 also opens the door for individuals with certain non-violent cannabis convictions to petition for resentencing and/or record expungement.

North Dakota’s Statutory Measure 2 failed to receive enough votes to pass this year, according to Politico. The measure would have legalized adult-use cannabis, allowing North Dakota adults to grow up to 3 cannabis plants for personal use and possess up to 1 ounce of cannabis flower, 500mg of THC for edibles, and 4 grams of cannabis concentrates. Passage of the ballot measure would have also established an adult-use cannabis marketplace, allowing for the possession, production, processing, and sale of cannabis to adults 21 and older. Medical cannabis remains legal in North Dakota.

Initiated Measure 27 failed to gain majority support by South Dakota voters, according to Politico. Had it passed, the measure would have legalized the possession, use, and distribution of cannabis for adults 21 and older, along with home cultivation. Possession and distribution would have been limited to 1 ounce of cannabis.

The failure of this initiative notably follows the passage of a similar proposal in 2020 by wide margins, Amendment A, which was ultimately invalidated by the South Dakota Supreme Court. Medical cannabis remains legal in South Dakota.

What Does it All Mean?

The 2022 midterm elections resulted in some major wins… and a few disappointments for legal cannabis. Maryland and Missouri (the only initiatives to include an expungement provision) legalized adult-use cannabis, whereas the initiatives in Arkansas, North Dakota, and South Dakota failed to get enough votes this year.

The campaigning and voting is over, but the work is just beginning. Over the next few months (possibly even years), policymakers and regulators from Maryland and Missouri will work to pass enabling legislation and promulgate rules to implement each state’s adult-use cannabis program.

2022 Election Recap: Where is Weed Legal? originally appeared on Weedmaps.com 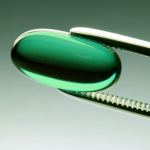 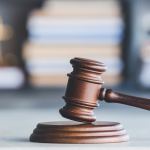