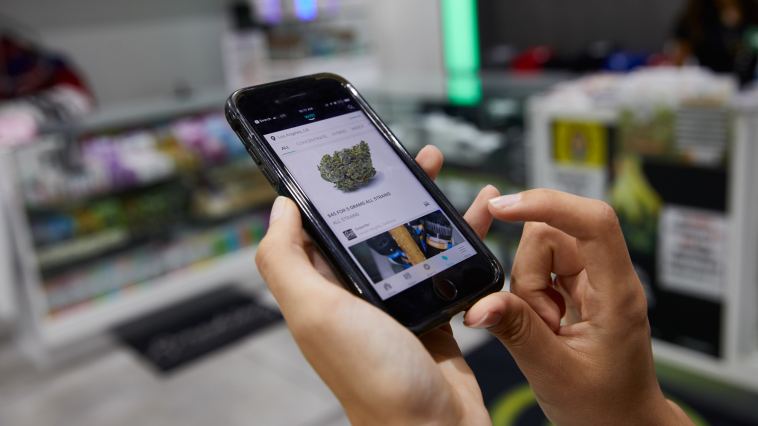 Here are 10 Black-owned cannabis farms, and the flagship strains they want you to try. Since there are so very few Black owners in each state, sometimes only one or none at all, this list mostly spans across West Coast states — California, Oregon, Nevada, and Washington — with slim picks from Colorado and Washington DC that have an established recreational cannabis market.

Hollingsworth’s flagship cannabis strains are their Papaya Punch and Mac and Cheese.

They have a plethora of strains inspired by Kung-Fu movies, like the Last Dragon and Karate Kid. While they currently offer Bruce Leroy, Sho-Nuff, and Miyagi-Do strains, their flagship hard hitter that you should definitely try is called Daniel LaRusso.

A hybrid cannabis strain that is perfect for balance, Daniel LaRusso hits the nose with both spicy and minty aromas that won’t leave you feeling too spacey. Ball tells us that this strain’s satisfying high is perfect for an afternoon adventure in your canary yellow 1948 Ford Super DeLuxe.

Founded by Joel McClure, Bridges Academy Farms is Humboldt County’s first Black-owned cannabis farm. The company’s mission is to teach aspiring Black & Brown farmers how to legally & sustainably grow cannabis, which they do through a program and curriculum based on biodynamics, Korean natural farming, and regenerative farming techniques. In 2019, Bridges Academy Farms was awarded a grant by Humboldt County’s Project Trellis Equity Program.

Their flagship strain is their Cherry Fritter. It is a proprietary cross between Apple Fritter & Cherry Lime Dog, which makes for a gassy, sticky producer with a 6 – 7 week flowering period. It was bred by California breeder Bio Vortex, and has an aroma and flavor best described as lime zest with a tart, sweet cherry that plays out in the smoke.

GasHouse in California is pretty hush hush when it comes to the owners and business itself. Still, they are a minority-owned company that grows high-quality weed. According to their website, they are known for their GasHouse OG, Billy Kimber OG, and Bananimal strains, amongst many others.

The site states that their GasHouse OG is a deep indica with a skunky aroma —  it brings about a heavy-hitting body stimulation and soothing cerebral relaxation. The Billy Kimber OG is an OG Kush cut that will deliver an empowering indica experience, sedating your body and stimulating your mind. And their Bananimal will hit you with that sweet banana cream smell with pungent cookie dough complements and a high that will lift you into a state of relaxation and feel-good vibes.

Founded by Will Perry and Adriana Carlile, Magic Hour Cannabis is a Tier 1 flower producer in the state of Oregon that’s Black, Latinx, and female-owned and operated. Currently, they are rolling out Magic Hour’s flagship strain, a yet-to-be-named cross of Gelato #25 x Do-Si-Dos, and lemme tell ya … it is big gas.

The Gelato #25 x Do-si genetics highlight all of the parent attributes with appearance and flavor. This beautiful indica-dominant hybrid kicks out purple and dark green flowers that are absolutely caked with trichomes. As far as smell, taste, and effects, Gelato #25 x Do-Si-Dos hits with sweet gassy terpenes, and a powerfully sedative high.

Dank Bros in the state of Oregon is partnered by Gary Gatewood and Mike Powers. Their flagship strain is Super Silver Haze, which is great for Oregon consumers who are looking for those classic legendary cannabis strains, like yours truly.

Super Silver Haze is a sativa-dominant cross of Shiva Skunk, Northern Lights #5, and Haze genetics. It usually has an earthy and citrus terpene profile that’s followed by an uplifting, energetic high that many consumers seek for daytime consumption. Additionally, Dank Bros has a wonderful Wedding Cake that you should try.

LOWD Farms is owned and operated by founders Jesce Horton, who you might recognize from Netflix’s Grass is Green documentary, and Dave Murray. Additionally, Jesce and his wife Jeannette founded the Nu Leaf Project, a nonprofit that delivers grants, educational resources, job-matching assistance and entrepreneurial services to cannabis business owners and career hopefuls.

Cake Mints is a selection of Kush Cake that crosses Kush Mints and Wedding Cake F3. It has all the characteristics of the classic Wedding Cake with the added kushy, earthy, stoney effects of Kush Mints. The high is perfect for a relaxing evening in the city or your tent under the stars.

503 WiFi is a sweet cut of White Fire OG that has dense trichome packed buds, a fresh piney OG-esque smell, and a gassy inhale with a clean minty release.The best thing about her is the motivating, intense, and amazingly balanced effects.

Platinum Garlic Cookies — PGC for short — is a cross of GMO Cookies and Platinum Girl Scout Cookies. The result is one of the most pleasurably offensive terpene profiles with quite a potent punch.

Zion Gardens is a farm in Nevada that was partnered by lead gardener Aaron McCrary. He told me that they are proudly growing their version of Sophisticated Lady, a strain that crosses Ghost OG with Grateful Breath.

Zion’s version of the strain is called GOGGB, and it has a very “kush” heavy nose, with sweet, floral, and piney accents. The flavor is much of the same, with a smooth smoke, that quickly settles above the eyes. The high is expected to bring on the munchies and will settle you into couch-locking relaxation.

Simply Pure out of Colorado is the first (and only) Black-owned cannabis business in Colorado. It was founded by military veterans Wanda James and Scott Durrah, who you may recognize from BET’s SMOKE documentary, and many other cannabis media outlets.

In addition to their retail space, Simply Pure has a premiere cannabis brand called FIRE Cannabis. In 2018, FIRE won Best Flavor Champion in The Grow Off competition for their small batch flower. Currently, according to the Simply Pure website, their strain offerings include Jet Fuel, Tangerine Power, and Money Pug.

District Growers is a cannabis company in Washington DC that was founded by Corey Barnett. It is Black-owned-and operated. Currently they produce edibles, tinctures, capsules, and pre-ground flower packs and a variety of 24 strains to choose from.

Brianna Wheeler contributed to this article. 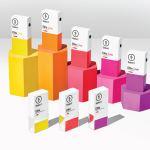 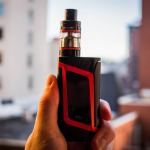